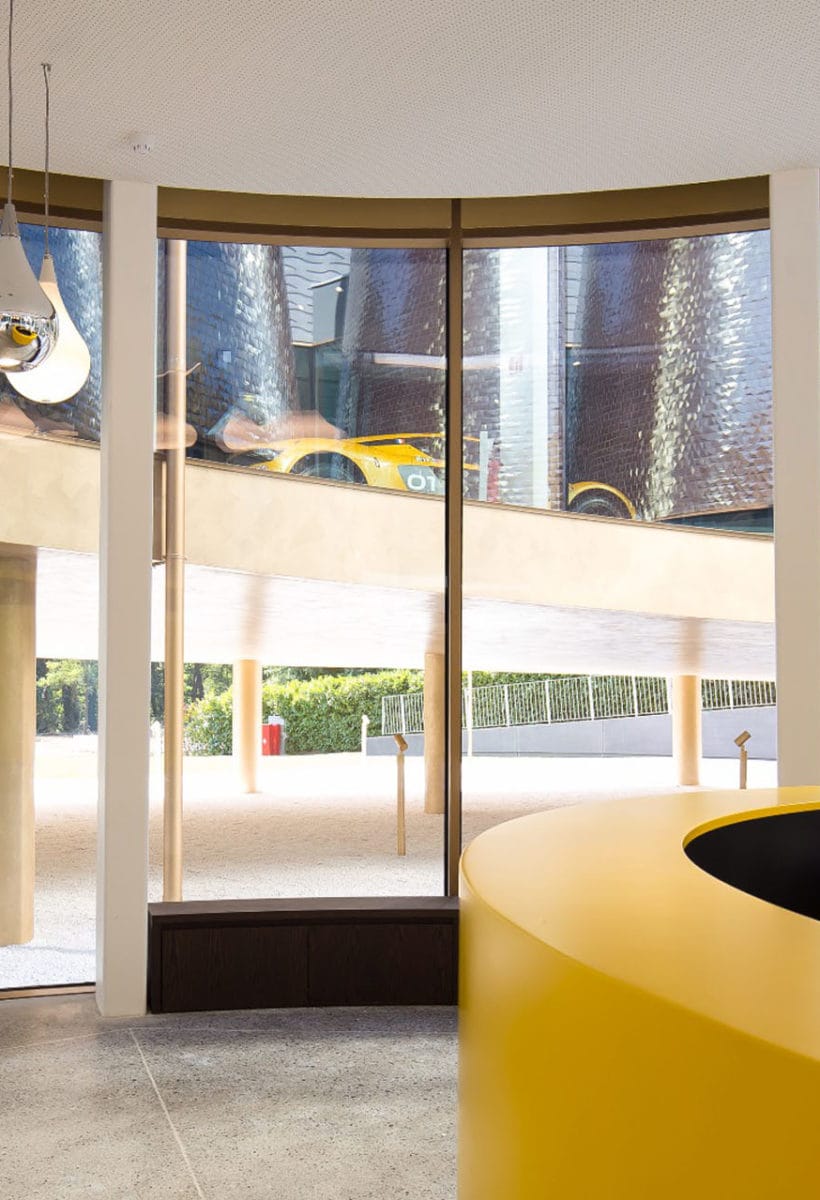 The refined (and Venetian) design of Attico Interni and Staygreen has been chosen for the futuristic building created by the architecture firm Atelier(s) Alfonso Femia to house the new Dallara Academy, alongside the headquarters of Varano de’ Melegari, in the province of Parma.

The structure with its daring lines, commissioned by the founder and president of the company, Eng. Giampaolo Dallara, has two levels connected by a large curved ramp. The building is versatile and focuses on the most pertinent themes for the company: the bond with the territory, technology and education. The structure will contain unusual experimental laboratories for the young students of high schools and institutes of higher education. It will also host the second year of the masters program in Racing Car Design of MUNER.

Attico Interni – a company with extensive experience in the contract sector based in Noale (Venice) – with its Staygreen line, which stands out for its ecosustanable design Made in Italy, has contributed to the outfitting of the welcoming, innovative spaces.

Thanks to the integrated design and creative ideas of Alfonso Femia, Attico Interni has worked on the production of custom elements: from the curved benches to the doors made with panels of sound-absorbing paper, from the yellow counters in the Dallara colors to the internal details of tapering and connections, including the storage systems and wardrobes, the bookcases and accessories.

“It is a great honor to be involved in this project, and it is good to know that our products, and the style of Attico and Staygreen in general, can be experienced by the new generations inside such an avant-garde space, with an international spirit,” says Stefano Foffano, founder of Attico Interni.