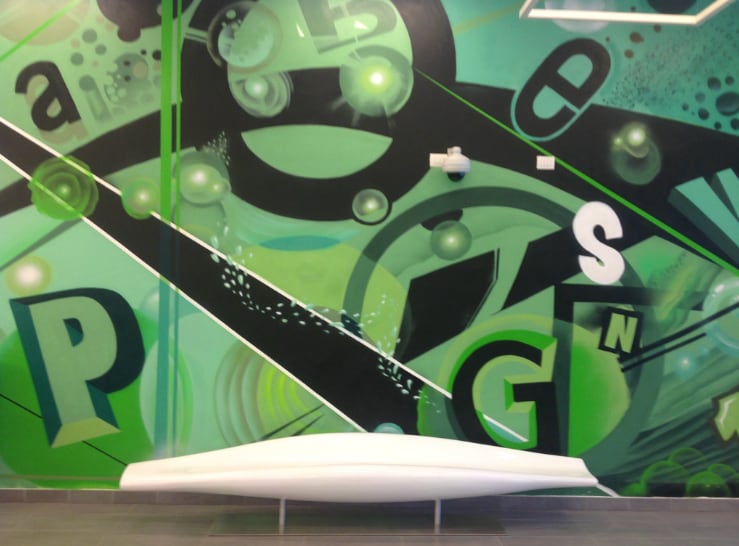 Street Art for residences and offices

Street Art for residences and offices

Usually Street Art is seen in public places, often to express dissent or social critique. Coima Image (an integrated design and consulting company with established expertise in Architecture Interior Design&Space Planning, guided by Alida Forte Catella, CEO) sees this form of art – which is becoming shared, legal expression instead of a clandestine phenomenon – as a new expressive language for the interior design of offices and residences.

Decoration, in residential and office design, is becoming an increasingly important and special features, setting a style and determining the overall character. Today’s residences call for immediate thematic personalization to make them appealing and unique.

Street Art, with its direct techniques, enters homes and offices to offer value and stimulus for the knowledge of art forms. Modern frescos that become interior decoration, reproducing pertinent forms and colors. An accessible, young, handmade kind of art.

Successful examples, in terms of offices, are the Google-Pandora Hall in the Isola district at Porta Nuova, and the portion of the Gioiaotto building containing the offices of Roland Berger at Porta Nuova Varesine.

In the first project Coima Image has done the interior design of the main lobby of the office building designed by William McDonough in the Isola district at Porta Nuova, chosen by Google and Pandora for their offices.

The project involved four professional street artists (Marte, Fosk, Mate and Leos) who have developed their work by underlining the aspect of greenery and nature and through abstract representations and some letters of the alphabet, including the G of Google and the P of Pandora.

At the Roland Berger facility double or multiple offices are separated by walls decorated with works by street artists, lined up in a sequence along the corridor. The philosophy of the Street Art project, in this case, evokes the principles of the Singularity University in California, aimed at using the power of exponential technologies to solve the major challenges of humankind.