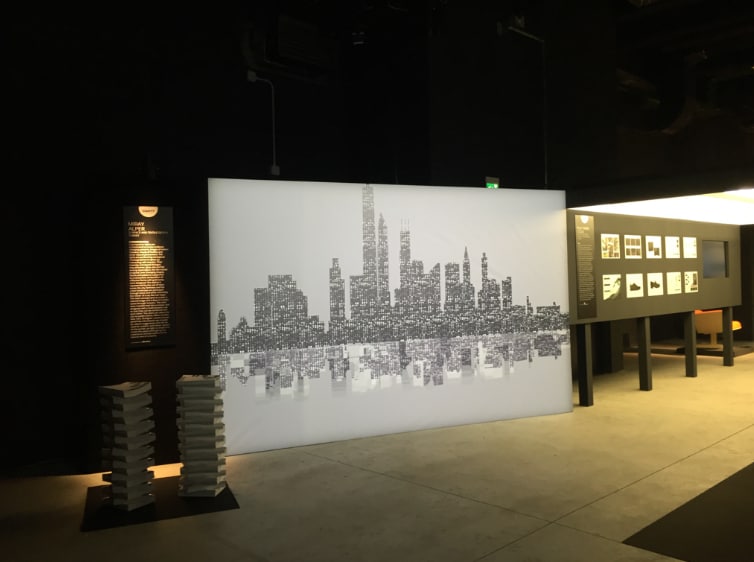 The Degree Show 2015 at Istituto Marangoni

The Degree Show 2015 at Istituto Marangoni

In the large space of The Mall in Milan, the Degree Show of Istituto Marangoni celebrates 80 years of history of the school where outstanding talents are trained. The protagonists of the show were selected projects developed by the students of the courses of Interior Design, Product Design, Fashion Design and Fashion Styling during the academic year 2014/2015, offering visitors an evocative, surprising itinerary.

Ample space was set aside for the works of the students of the School of Design of Milan, which one year and a half after its founding has generated many educational projects in collaboration with the most prestigious companies of Made in Italy. The voyage in the world of design of Istituto Marangoni moved through panels, models, renderings, objects and prototypes.

In the Masters in Italian Product Design guided by Giulio Cappellini, Art Director of the School of Design, the collaboration with Ceramica Flaminia led to new projects for washstands, created to celebrate the 60th anniversary of one of the most outstanding Italian brands in the field of ceramic fixtures.

From the proposals developed by the students Hsiang Heng Hsiao, Gustavo Martini, Gaia Fodoulian, Marina Camicado, Terence Coton and Mahendran Shivram, two were selected by Ceramica Flaminia to become part of the collection.

The winners were Ritho, a washstand designed by the Brazilian student Gustavo Martini, inspired by the contrast between the urban environment and the natural landscape; and Salto d’acqua, designed by Hsiang Heng Hsiao, from Taiwan, imagining the bath as a place in which to think and find inner peace, just like a cup of tea that warms the heart and purifies the soul.

The students of the Masters in Surface & Textile Design, in collaboration with Bisazza, were involved in the creation of new patterns for the world leader in the production of glass mosaics.

Seven international students took part in the collaboration, to design a pattern with Bisazza mosaic tiles. Starting with a short briefing based on the real needs of the company, the students had an opportunity to show their projects to Rossella Bisazza, Director of Communications of Bisazza, and Cristina Morozzi, Director of Education of the Istituto Marangoni School of Design.

The Degree Show 2015 was a unique chance for the students of Istituto Marangoni to gain visibility for their creativity and determination.