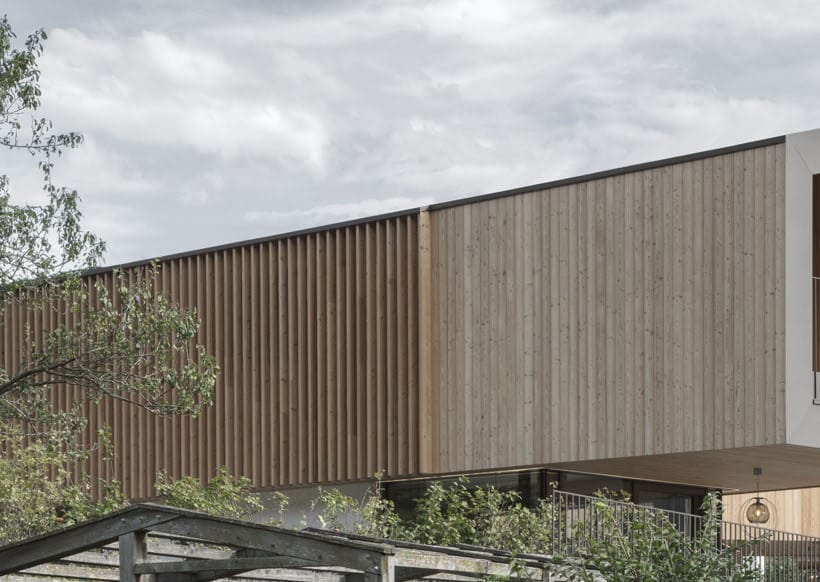 The potential of wood, between tradition and contemporary spirit, in the new house created by Rubner Hau

The potential of wood, between tradition and contemporary spirit, in the new house created by Rubner Hau

At Chienes, in lower Val Pusteria, the land of the “Tre Cime di Lavaredo,” the location of the roots of the world of Rubner, the new home of the Rubner family has been built by Rubner Haus, based on a design by the architect Stefan Hitthaler, following a private invitational competition, and in keeping with the new Studio concept with an all-around focus on customization and cutting-edge architectural choices.

The dwelling, with an area of 260 m² on three levels, has a horizontal volume that inserts itself in a natural way into the context, the estate of the Rubner family that includes an evocative pond, stables and stalls.

A small lane leads to the semi-basement level of the house, featuring a large dining area with kitchen, a bathroom, and the spaces where local balsamic vinegar is made.

The intermediate level, with a living area and a spacious kitchen, a panoramic lounge and bathroom, and the upper level, for the nighttime zone with 4 bedrooms and 2 bathrooms, are joined by an intriguing wooden staircase: each step is an independent structure that does not rest, as in traditional staircases, on a vertical joining element, but seems to emerge from the wall itself to entre the glass sheet that borders the space on the opposite side.

A building for minimum environmental impact, self-sufficient in terms of energy thanks to the use of a geothermal system that exploits ground heat by means of a probe and a heat pump. The same process can be used to cool the rooms in the summer.