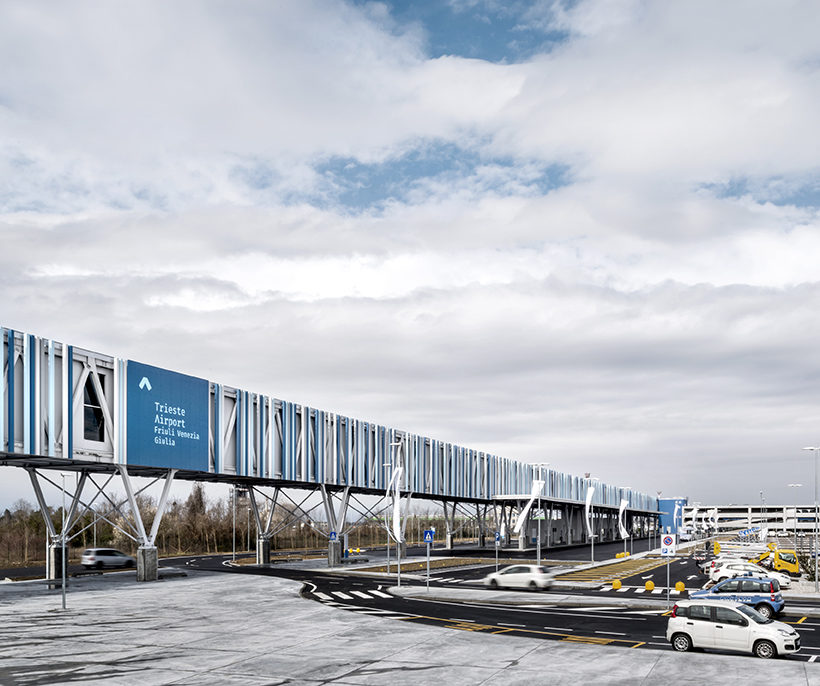 The intermodal platform of Trieste Airport has been opened to the public. The pedestrian connection with a raised footbridge has been created by the team of Lombardini22/FUD

After 13 months of work, the intermodal platform of Trieste Airport has been opened.

The new transport hub of Friuli Venezia Giulia brings together a completely renovated airport facility, a rail station, a terminal for buses, and a new parking facility; it offers a system of internal circulation and connection between the airport and the structures of the center, with an elevated walkway made by Lombardini22. 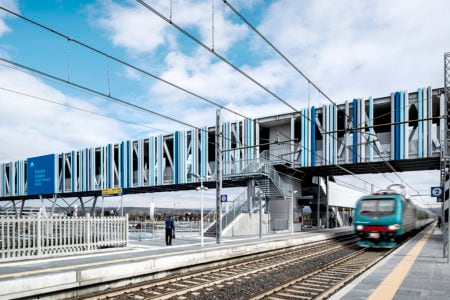 The footbridge in steel and glass has been designed by the team of Lombardini22/FUD, specializing in Physical Branding and Communication Design.

Starting with analysis of the site, the alternating colors are taken directly from the territory, replicating the rhythmical patterns of farmland. Full and empty zones, the sky and the earth, set the pace of the hues and materials of the facade. 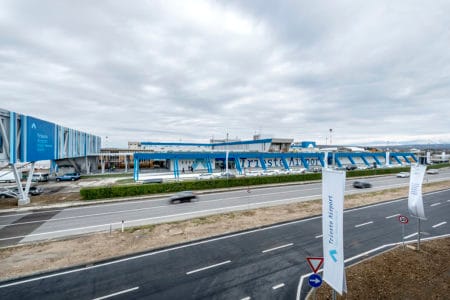 The walkway has been developed by Lombardini22 starting with a modular element that reproduces the symbol of Trieste Airport. Its manipulation creates a module that becomes the new compositional feature, adding to the dynamism of the facade.

The ongoing collaboration with FUD – already responsible for the design of the coordinated visual communication system and the new name – guarantees a coherent approach of continuity.

The airport has been modernized, with new features added to the indoor areas: from waiting areas to restaurants, departure lounges to gates and arrival zones.

The project sets out to simplify the passenger experience, thanks to a universal, clear, immediate language. FUD’s approach provides easy orientation and information, through effective, intuitive signals that are also attractive and contemporary.