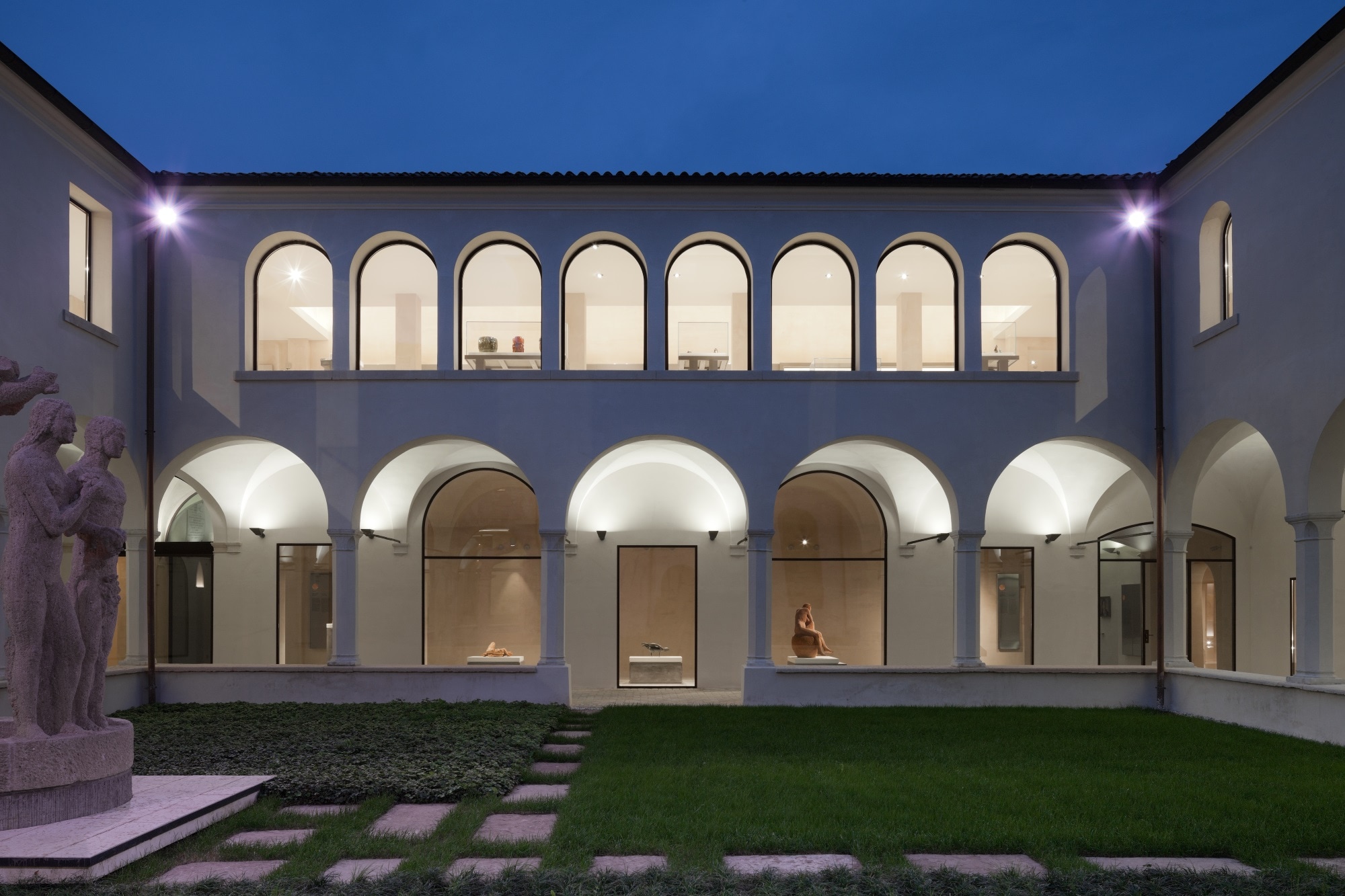 Up against the city walls, Museo Civico Luigi Bailo of Treviso has reopened after being closed for 12 years. Thanks to an initial period of construction lasting two and a half years, the 1800 sq m complex, originally 15th-century monastery, is once again an authoritative facility for the permanent collection of modern art of the city, especially the works of the artist from Treviso Arturo Martini.

The project, designed by studiomas of Padua, working in collaboration with the Austrian architect Heinz Tesar, brings expressive force to the main facade, in tune with the renewed vitality of the museum and its important location in the urban setting.

The new facade, with the form of a cross, composed of large slabs of white artificial stone, stands in front of a small access plaza. Thanks to a large opening in the facade, the sequence of two cloisters faces outward to the urban atrium.

A new gallery has been built behind the facade, illuminated by natural zenithal light, containing the entrance and the ticket desk, but also exhibition space, connecting the two cloisters while precisely defining the museum space to the east and the parts set aside for service facilities to the west. In the historical zone of the building, the removal of internal partitions created a new, broader spatial dimension.

The new full-height gallery opens the way to an itinerary in which visitors never backtrack. Great care has gone into the use of natural lighting. Secco Sistemi has supplied the pivoting windows of the arches of the cloisters, which thanks to the very slim frames of the OS2 system with a visible section of just 46 mm permit maximum flow of natural light.

The design has chosen Cor-ten, with its forceful materic look, to blend with the soft colors of the limewashed walls and the Venetian floors. Besides the aesthetic elegance of OS2, perfectly suited to the architectural context, the system guarantees high functional, thermal and acoustic performance. Beauty and technology combine to respond to all the needs of the project.