CSAC - Centro Studi e Archivio della Comunicazione of the University of Parma reopens the restored spaces of the Abbey of Valserena with an installation by Massimo Bartolini titled On Identikit, as the first event in a program of artists’ residencies, “Through time: integrity and transformation of the work,” produced during Parma Italian Cultural Capital 2020.

Bartolini’s works are often site-specific, intervening in space in a non-monumental way, modifying, interpreting, defining. In this case Bartolini has been invited to come to grips with the Archivio Museo of CSAC, which contains over 12 million original materials of visual communication, artistic and design research in Italy, starting from the early decades of the 20th century. 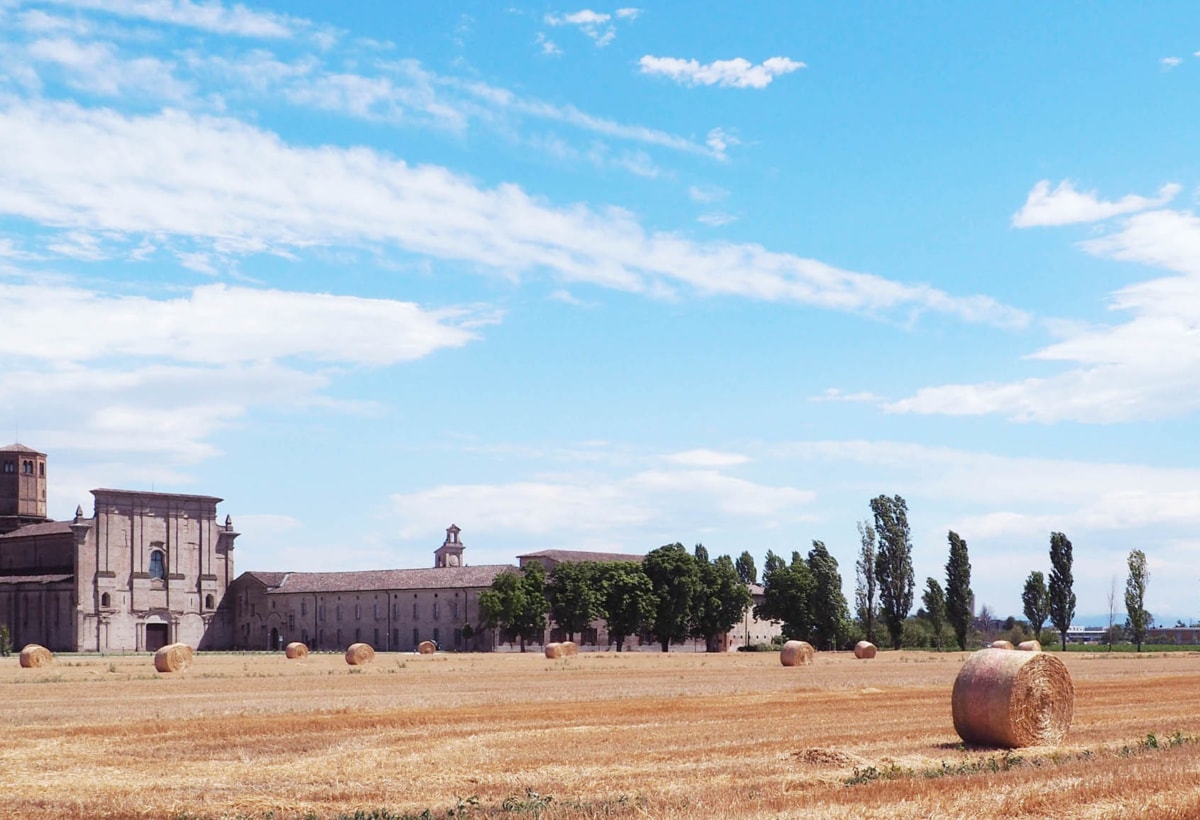 During his residency at CSAC Bartolini has focused on the works of two great masters (Luigi Ghirri and Luciano Fabro) in the collections. In the preliminary phase of the project he concentrated on locating all the vinyl records photographed by Ghirri in the “Identikit” series (1979), where the Emilian artist reproduced – in a truthful, inevitable way – a self-portrait through that of his personal library. The titles of the vinyl albums, often eroded by use and nearly illegible on the spines of the 33 rpm record sleeves, have prompted archaeological curiosity in Bartolini, who wanted to finally remove the records from their shelves and listen to them in a precise place, in the company of a certain person.

That certain person is Lo Spirato by Luciano Fabro, a work set up in one of the chapels of the church of the Abbey of Valserena, a setting that for Bartolini lies “halfway between an unmade bed and a possessed bed,” where the body is simultaneously present and invisible: under the sheets there is a silhouette that vanishes outside them and reappears as a presence on the pillow shaped by the imprint of the body.

With the work On Identikit, Bartolini sets out to bring together the invisible and present being of Lo Spirato with the essence – invisible by nature – of music, which will be heard in the evocative spaces of the church.

The kingdom of colors

Between sacred and profane