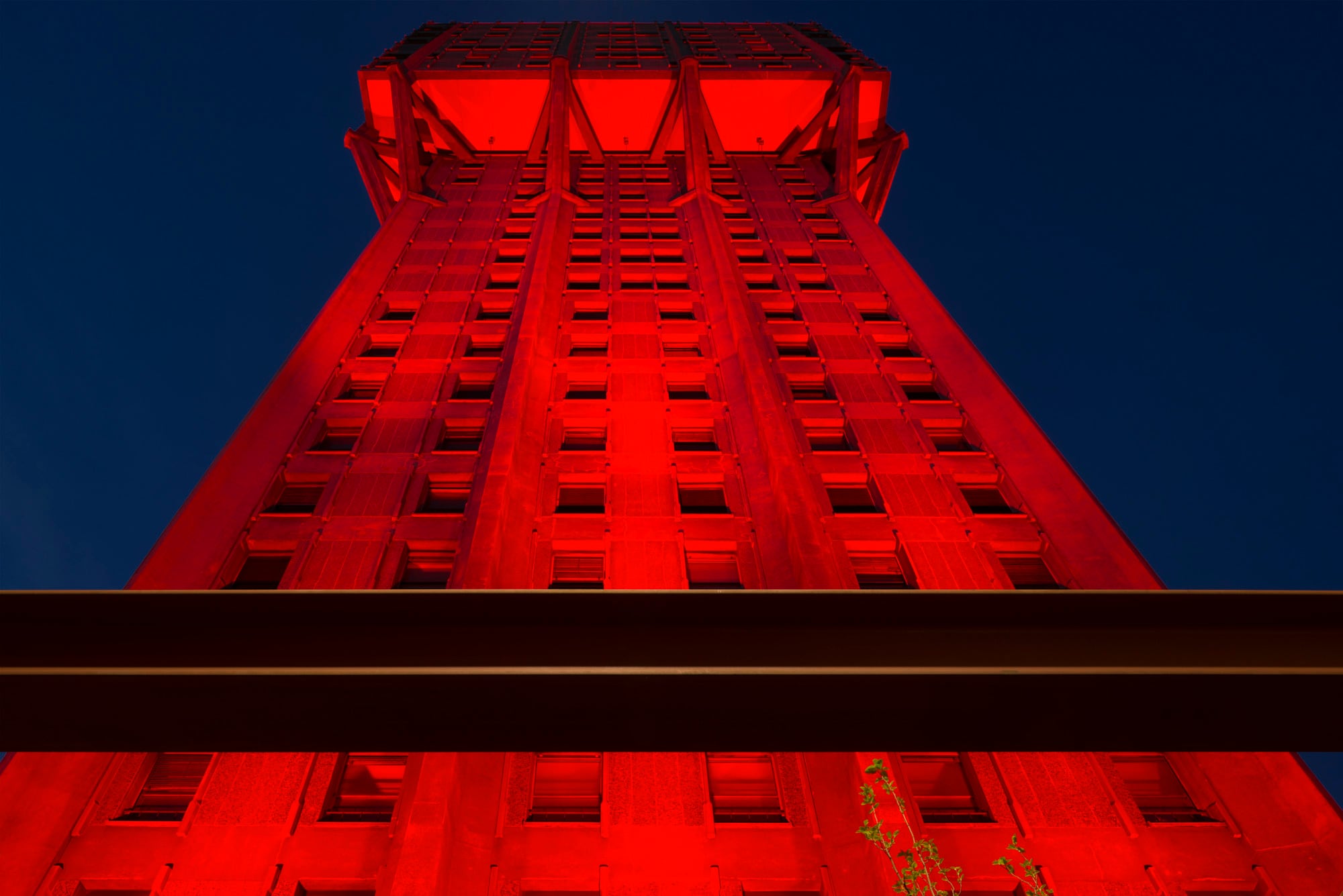 The future runs faster than any definitions. It eludes classification, in pursuit of dynamic scenarios. It is fluid and visionary, like the four thematic paths of Untaggable Future by Audi City Lab, the innovative Audi event inside Torre Velasca.

In an extraordinary space designed by Studio BBPR in the 1950s, now reinvented by Piero Lissoni, for different evenings host the most untaggable personalities, perspectives and disciplines of our time.

Project by Ingo Maurer and Axel Schmid with CastagnaRavelli with Audi

“I remember when I came to Milan for the first time and I saw this incredible building! I have always liked it since then, it is so different from anything else, it has character and it also has a nice name: Velasca – fantastic! To see this building completely red makes it so strong, I think it is good for the city. In my whole life I have always loved ephemeral qualities: this is a work that can disappear after one week, and that too is very beautiful. Interni isn’t afraid to take risks.” Ingo Maurer, light designer

Ingo Maurer was the creator, with Axel Schmid and the studio CastagnaRavelli, of the installation Glow, Velasca, Glow!, lighting up the building in red for the week of the FuoriSalone.

Project by Lissoni Associati with Audi

On Via Monte Napoleone we made a sort of dynamic sculpture, as if it were by Fausto Melotti: there is movement, a different way of seeing the four rings, that move in the air. At the State University we transformed the four rings into a horizontal surface, a place to exchange information. At Torre Velasca, in the square and in the outdoor zone around the tower, we placed a strange creature, a spider with a thousand legs that starts from the four Audi circles. Everything is connected to this high-tech world, but without forcing it, without forgetting the human quality of what lies behind it. Technology does not simply mean using electronics, but also keeping light perfectly under control, or emphasizing the static quality of the things designed.” Piero Lissoni, architect

For Audi, Piero Lissoni created the installation Innovative Perspective, based on the rings of the logo of the automaker and organized in three places: the entrance of Torre Velasca, Via Monte Napoleone, and the Cortile d’Onore of the State University of Milan.
Audi, co-producer of Interni Open Borders, in the spaces of Torre Velasca designed in 1958 by the studio BBPR and reinvented by Piero Lissoni, presented the ideas initiative Audi City Lab, from 12 to 15 April, with four thematic encounters entitled Untaggable Future, featuring the participation of some of the most representative and ‘untaggable’ personalities of our time.
In the spaces of Torre Velasca, Audi presented the new Audi Q2.
#News #Open Borders