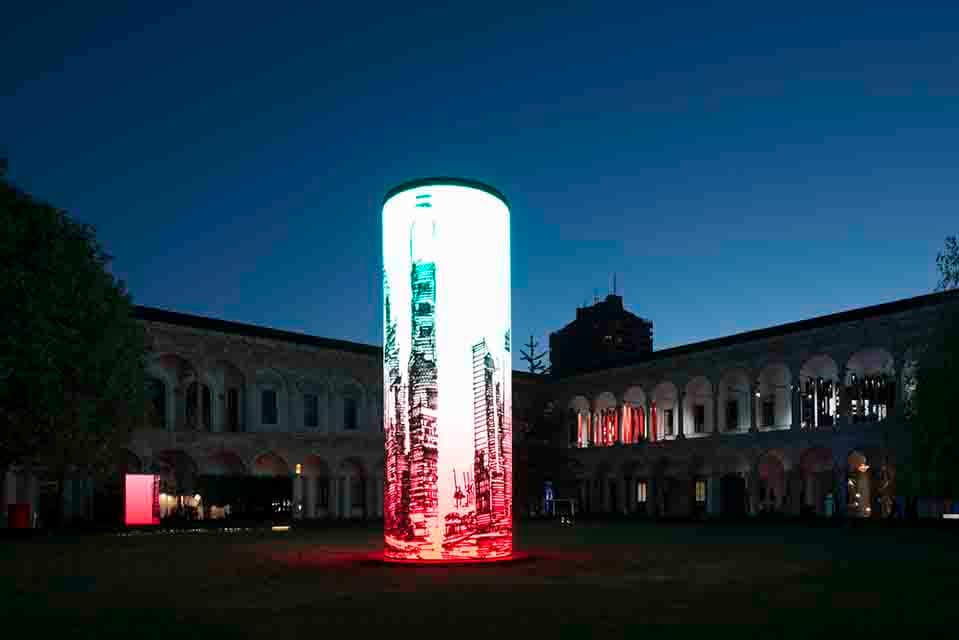 For the FuoriSalone 2016 and the 21st Milan Triennale, INTERNI presented the Exhibition-Event INTERNI OPEN BORDERS, in Milan from 11 to 23 April 2016.

Interni Open Borders gathered a series of interactive installations, macroobjects, micro-constructions and exhibitions that explored ways of getting beyond disciplinary borders: the subject is addressed as an expansion of design vision to new synergies, to contaminations with different fields of research, such as cinema, art, photography; and as the application of architecture and design to evolving sectors like the digital, technology, research on sustainability.

Besides the protagonists from Italy, Interni has called on designers of international stature from various backgrounds – Japan, China, Brazil, Russia, Great Britain, Poland – with different types of training and experience, with the aim of forming a mosaic of styles and visions, and to compare, also on a territorial level, the various characteristics and interpretations of design.

The exhibition Casetta del Viandante (The Home of the Wayfarer) curated by Marco Ferreri – one of the installations of Interni Open Borders – has been selected as an official exhibition of the 21st Milan Triennale ‘21st Century. Design After Design’. Università Statale becomes one of the official sites of the 21st Milan Triennale. Casetta del Viandante will remain open to the public until 12 September.