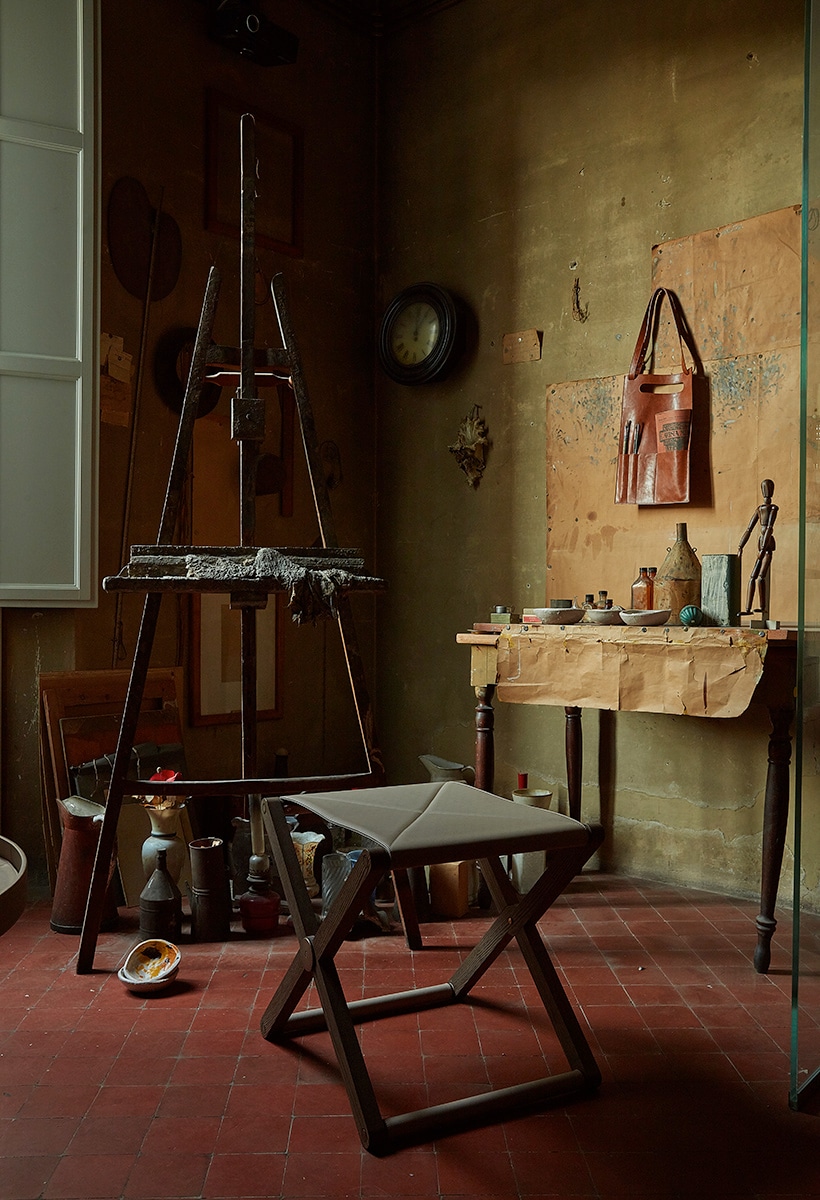 #art
Tribute to Morandi
A tribute to the artist, a reinterpretation that opens a fruitful dialogue between art, history and design. All strictly made in Bologna. Paolo Castelli signs a capsule collection for sale online on Artemest: handmade furnishings and accessories, with a cultured, simple and measured elegance, are dressed in art to embrace contemporary interior design

A creative partnership between the designer and entrepreneur from Emilia, Paolo Castelli, and Istituzione Bologna Musei, which began ‘silently’ in 2009, during the refurbishment, supervised by Bolognese architect and designer Massimo Iosa Ghini, of Casa Morandi the artist's home in Via Fondazza 36, where Morandi lived with his mother and sisters from 1910 to 1964. Exactly 45 years after the artist's death, a fortuitous meeting between Paolo Castelli and Istituzione Bologna Musei, which led to the development of a successful collaboration. 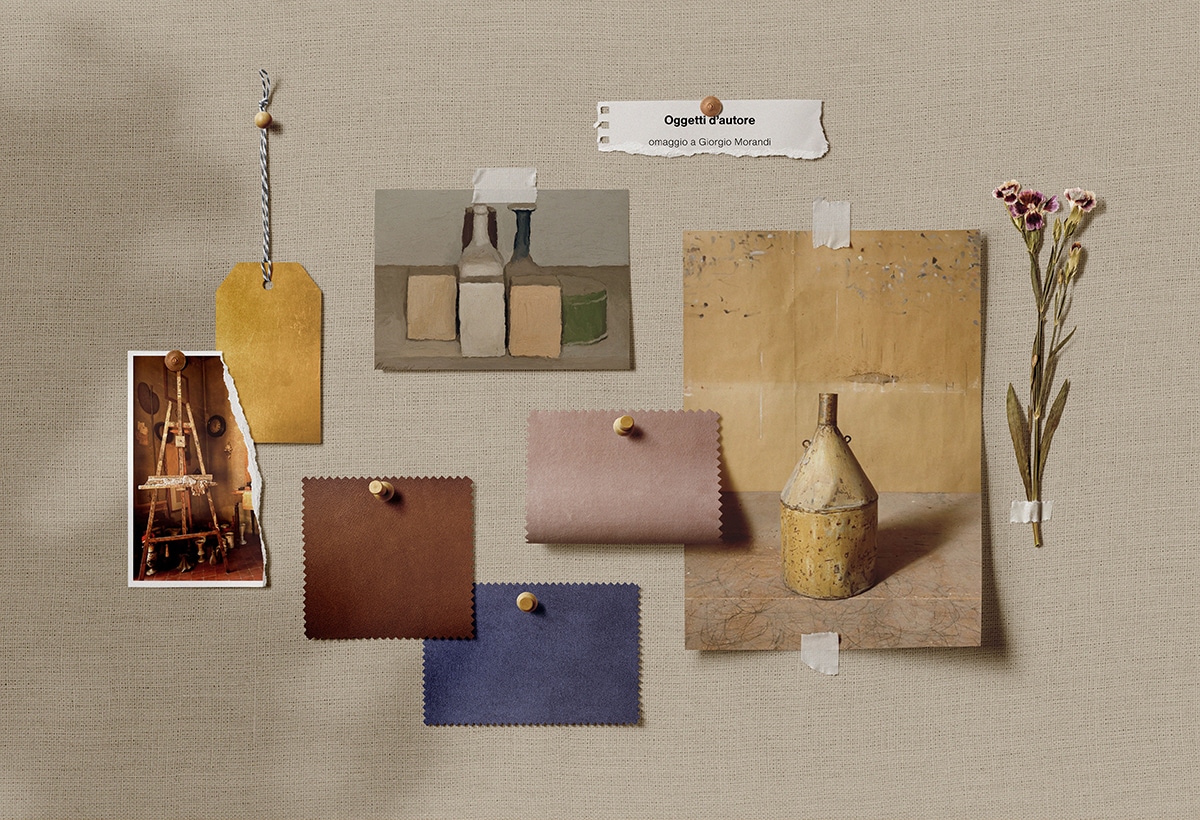 “I would like to thank Paolo Castelli and his team, who worked on this projects” states Matteo Lepore, Assessor for Culture and City Promotion, Municipality of Bologna. “An important homage to Giorgio Morandi, one of the biggest figures of Italian painting of the 19th century, and one of our best-known and admired artists in the world. I remember when recently during the city council we approved acquisition of villa Magnani from Agenzia del Demanio, a building within the Manifattura delle Arti (Art Manufacture), just steps away from MAMbo, in order to transform it in Morandi Museum”.

The collection is inspired by the artist and his poetics: starting with the objects in the studio, the hub of Morandi's meticulous observation, contemplative and repeated over time, to look at the formal and chromatic elements of these absolute protagonists of Morandi's artistic research. 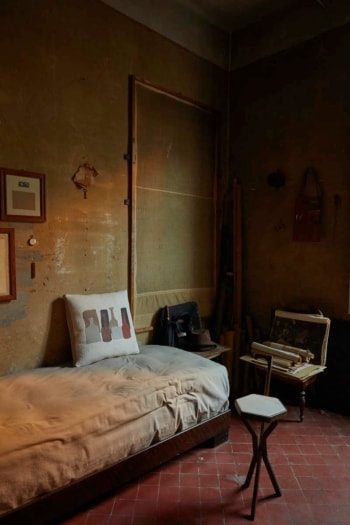 The result is a collection of objects permeated with sophisticated elegance, telling the stories of symbolic worlds with understated decorations and colour palettes. From Casa Morandi to our own homes, this collection offers us accessories and furnishing elements with a strong identity. “I wanted to make a dream come true” says Paolo Castelli “To create a collection sublimated by Giorgio Morandi's creative vision, while celebrating our city: Bologna”. 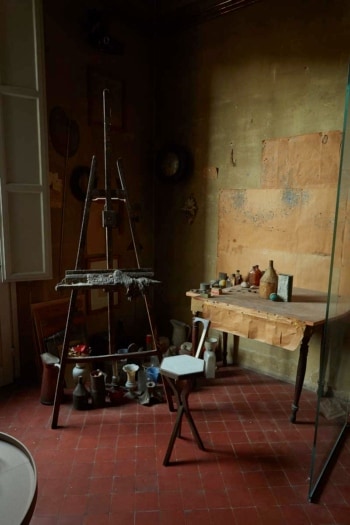 “Giorgio Morandi increasingly inspires numerous artists around the world”, adds Roberto Grandi, president of Istituzione Bologna Musei. “The Objets d'Auteur: tribute to Morandi collection is another wonderful and significant milestone: this time between the great artist and a company which is the pride of the most creative and refined Made in Italy and operates in Morandi's Bologna. Casa Morandi was the starting point of the relationship between Museo Morandi, which preserves the artist's home, and Paolo Castelli. The result is before our eyes and we can touch and admire it, acknowledging Morandi's inspiration and restraint. Thanks to digital technology and the web, these objects can travel all over the world, bearing witness to Morandi's outstanding talent and his relationship with the city of Bologna. For us this is an invitation to visit both Museo Morandi, which currently houses his works, and Casa Morandi, where the room in which Morandi used to paint is still filled with echoes of his presence, in the form of the objects that kept him company for so many years”. 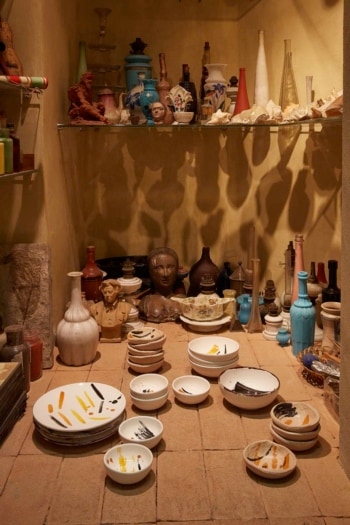 “Morandi's vases, bottles and bowls, but also his furniture, like the bed and easel, are elevated to the status of muses that inspire the most original and creative contemporary reinterpretations, generating creations with a strongly artisan flavour that enhance shapes and colours, combining aesthetics and ethics, because, as we were taught by Enzo Mari, ‘ethics is the goal of every project’, says Alessia Masi, Curator of Museo Morandi, in her contribution on Giorgio Morandi and design. The hallmark of the Emilian artist conveys a creative touch to soft cushions, wallpaper and tableware, which are a must in interior decoration. The result: a surprising collection that belongs as much to the world of art as it does to that of design. Pure art de vivre. 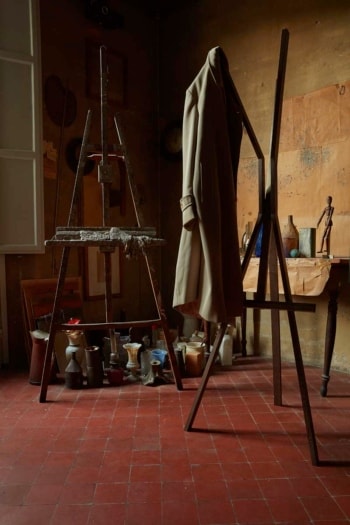 The understated beauty and simplicity of Objets d'Auteur: tribute to Morandi project a precise and minimalist style, emphasising the importance of the figure of the Italian artisan and manual crafting techniques, perfectly reflected in the concept of interior design developed by Paolo Castelli S.p.A. over the course of its history. The excellence of every single solution commences with the material, such as eco-sustainable and unselected ash, natural brass, Murano glass, Vietri ceramics, horsehair and regenerated leather, to name but a few, and with the production of durable design elements. 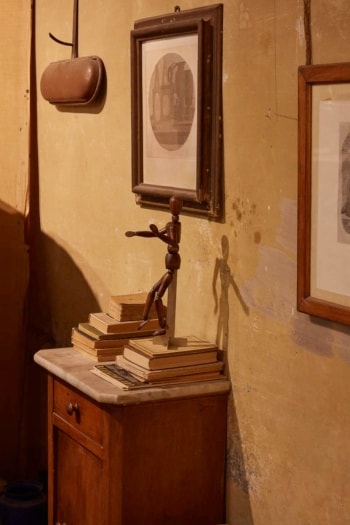 The craftsmen perform rituals perfected over the centuries, filling each object with soul, every day. Every item is hand crafted and strictly Made in Italy. This is the only way that inspiration can take on its tangible form. The collection, which ranges from chairs and coffee tables to lamps and minimal design objects for the home, proposes an eclectic assortment of contemporary furniture that harmoniously complements the sophisticated collections Inspiration and Greenkiss by Paolo Castelli, whose complementary proposals are integrated to offer a complete living experience. 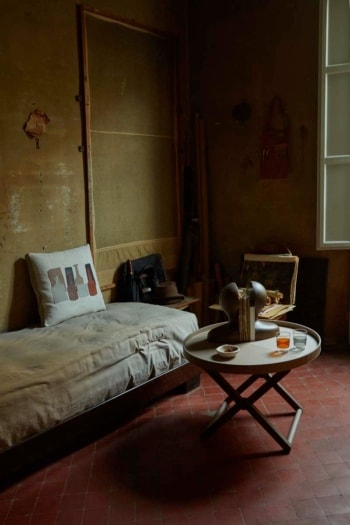 Paolo Castelli and Istituzione Bologna Musei have decided to partner with Artemest, the online marketplace for high-end Italian designer furniture, lighting, home décor and lifestyle, to launch and sell the collection online. This is a strategic and well-defined choice, which focuses on the desire to embrace contemporary business models and attract a new market segment. 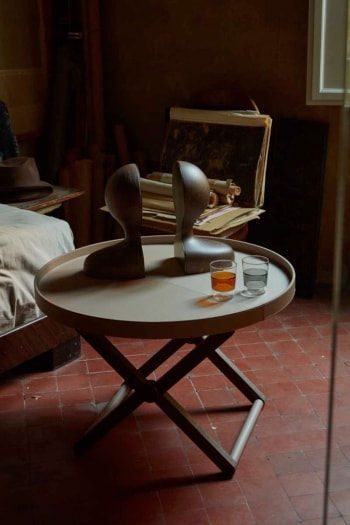 “It is essential to communicate the quality and unique nature of Made in Italy products through digital channels. We are proud to partner with Paolo Castelli for the launch of this extraordinary collection that pays tribute to a great artist and maestro of the 20th century”, says Marco Credendino, Co-Founder and CEO of Artemest. 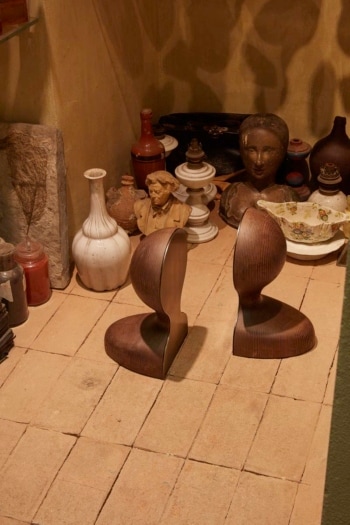 “These objects” concludes Paolo Castelli “were created after my visit to Morandi's home, where I was overwhelmed by an unusual emotion. The objects created are a 3D description of his life. I hope they will be welcomed into people's homes as elements that can bring their owners closer to his works”.