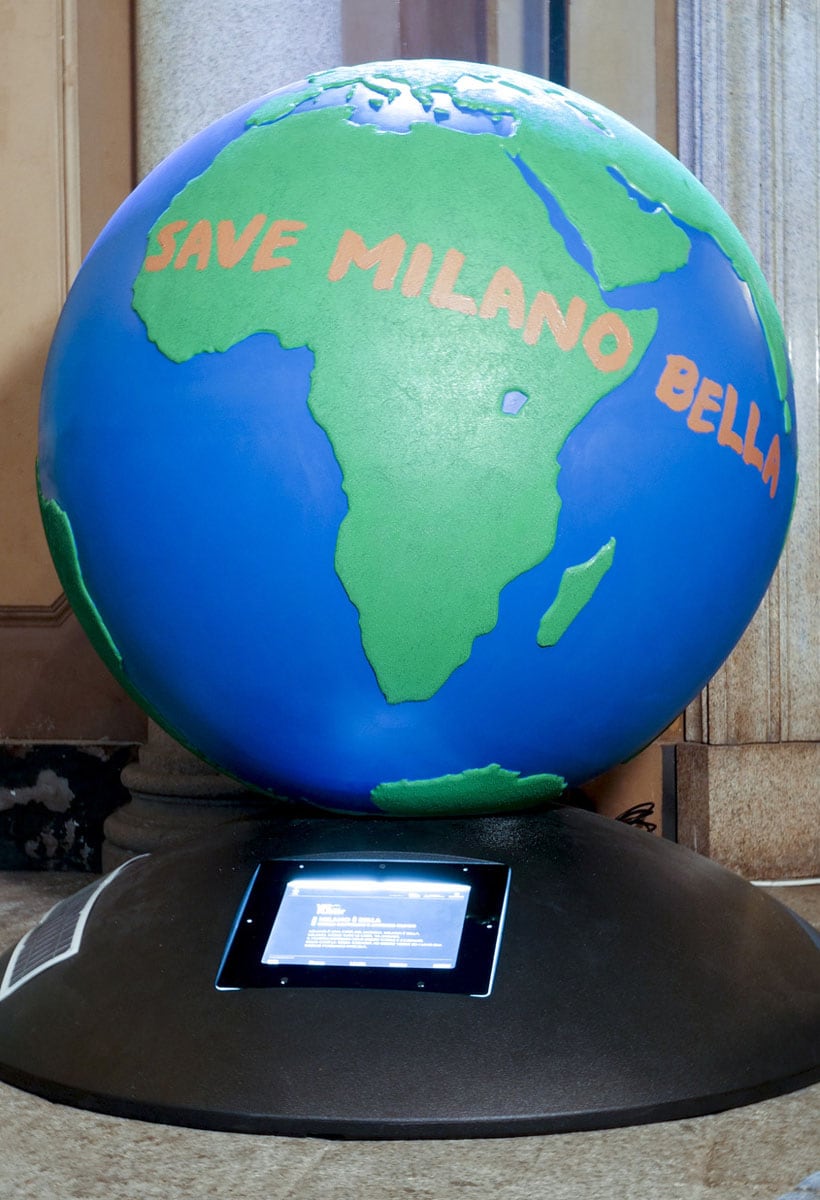 The Weplanet project continues: the red globe of Metrogramma and the blue one of Banca Galileo are now in the preparation phase

Lined up, orderly, ready to be reinvented. The globes of WePlanet suddenly pop up in a place outside of time: in the heart of the Central Station, in mysterious, off-limits basements, over 2000 square meters of halls, one after the other, used in the past as after-work facilities for railroad men. Today, thanks to collaboration with Grandi Stazioni retail, they become the Laboratory where artists are already at work to create the 100 planets to symbolize the world to come.

The project of Weplanet, Gruppo Mondadori and Mediamond – with the support of the City of Milan and the Lombardy Region – which will conclude in Milan with a large open-air exhibition of sustainable installations, is starting to take on form. And color.

The stand-out at the moment is the red of the globe by the architects of Metrogramma, where the continents are covered by a collage of faces, of all the ethnic groups of the world. “A wounded world – says Cecilia Gozzi as she observes her last brushstroke – because the oceans are suffering due to human behavior.” The invasion of plastic, pollution, climate change. But also migrations. “We want to transmit a strong message – says Andrea Bulloni – about the lack of responsibility of a globalized planet.” 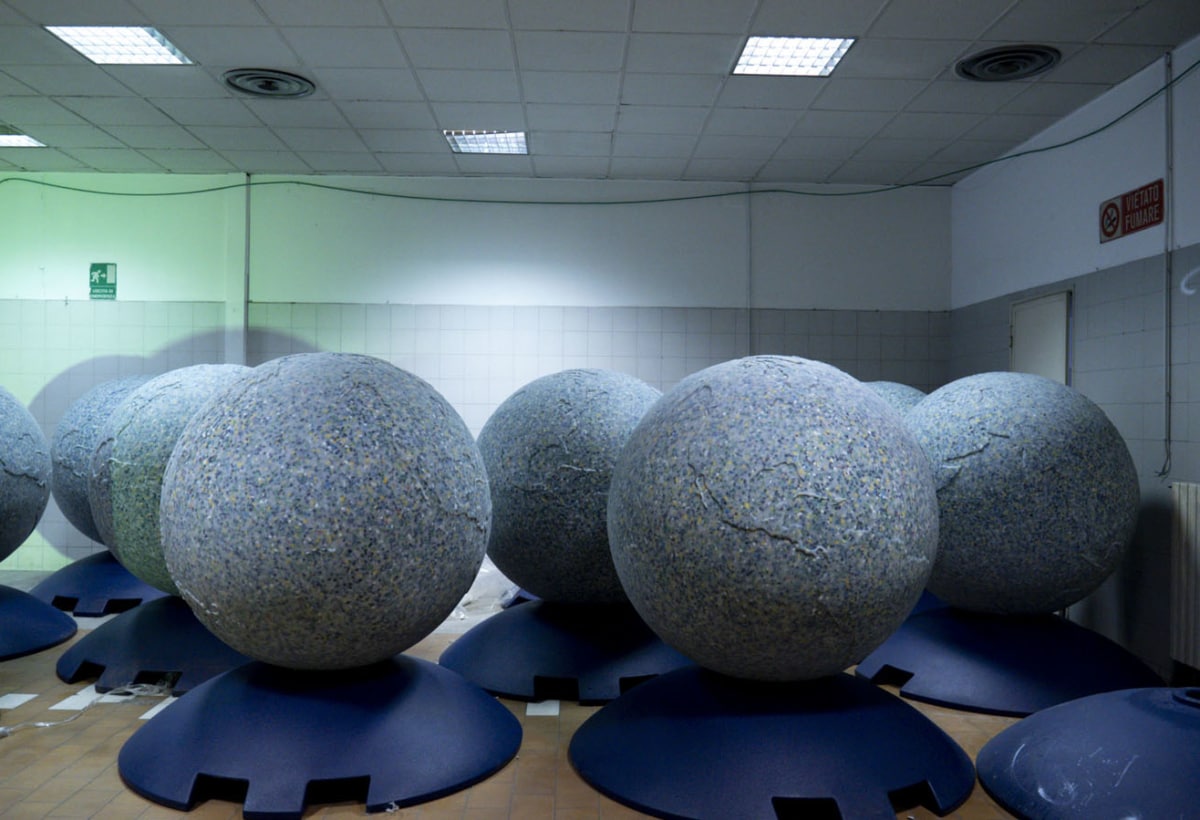 3
WePlanet2020 Laboratory: the raw globes ready to be processed.

On 21 November the globe by Metrogramma will be moved to Pisa, to the Biennale held in the Tuscan city, where this year the theme is “The time of water”: “but it will return to Milan right after that appearance, in the front lines of the group exhibition.”

From red to blue, the main color of another globe now being completed in the atelier of the Central Station: the work by Banca Galileo. The artists have focused on the continents and the melting of glaciers, a theme now addressed by scientists all over the world: rising temperatures have devastating consequences for the environment in which we live. The globe that is now being finished illustrates these issues. At the same time, a small opening has been made on the surface, to host a telescope that will frame the image of the Moon. The reference to Galileo is clear, but also to the imminent space mission that will bring man back to the moon once again.

Present and future thus intertwine through the creativity of artists, who in a truly fascinating and unusual place are ready to amaze us with ecosustainable installations designed to have an impact on viewers.

Young artists for the Globes of Weplanet

The Weplanet globes at Focus Live