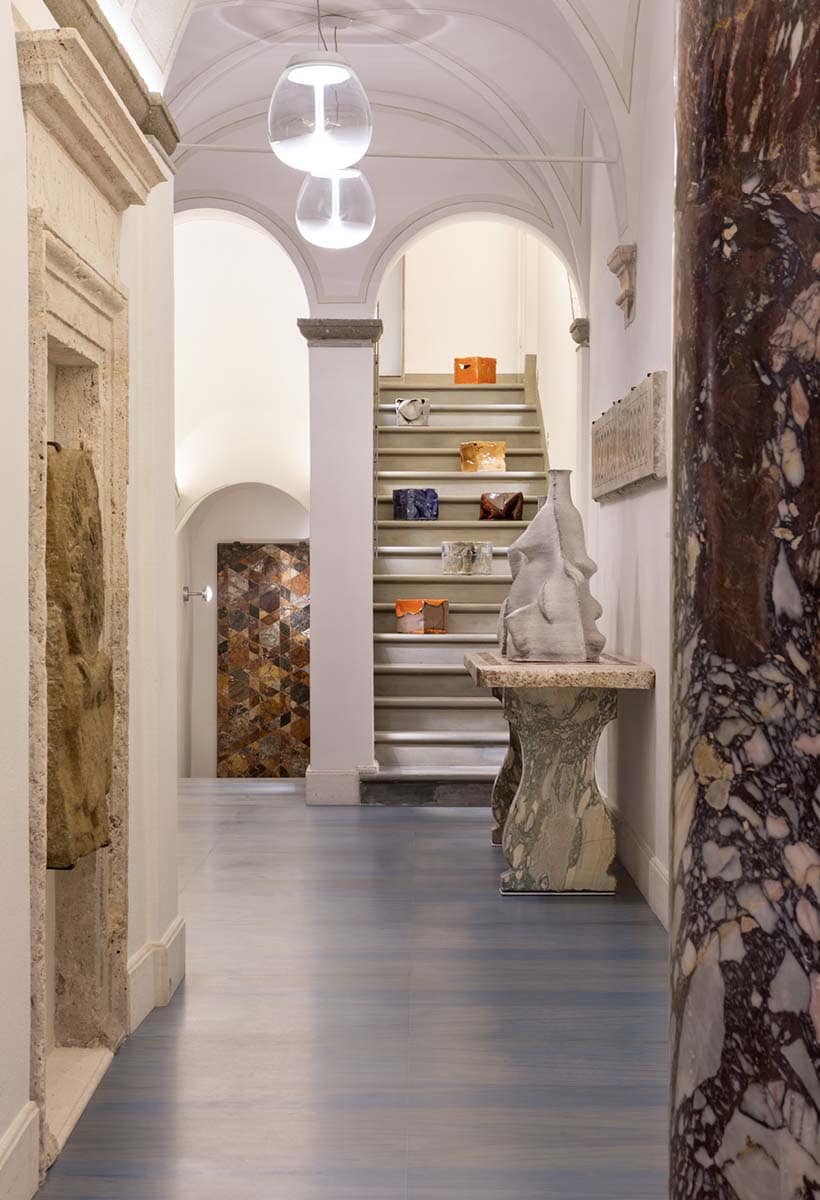 The contemporary work of a clay artist and a refined collection of ancient marbles, for an exhibition that puts the classic art of stone finds in dialogue with the production of a great sculptor of our times. This is the heart of the Pietra plasmata exhibition organized by Raffaella Lupi of Galleria Sinopia and Barbara Mazzi Pensieroso of FraMmenti Club, which brings to the public a selection of works by Riccardo Monachesi in relation to the collection of period stones from the private collection of Carlo Mazzi: fragments of ancient sculptures, inlaid friezes, capitals and portals in travertine, which are housed in the Palazzo delle Pietre, seat of the exhibition. 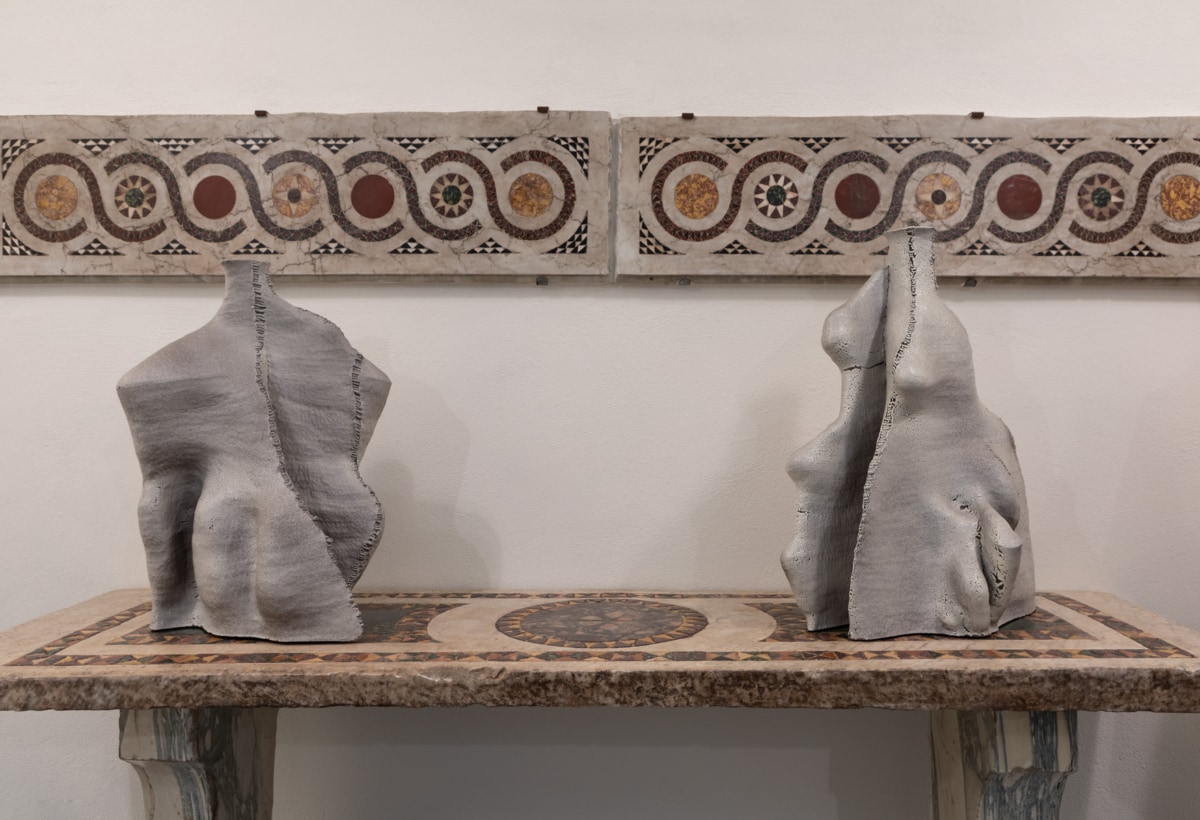 The exhibition displays 34 works that represent a significant sum of the more than forty years of the Roman sculptor's prolific activity in clay; from the most recent works, such as the unpublished series Do ut des, completed this year and created during the lockdown period, to the Cubi collection (produced from 2003 to 2018) and Pneuma (from the years 2010 and 2011), passing through the works created four hands with Elisa Montessori from 2009 to 2013.

The constant dialogue between the artist's works and the collection of period stones present in the building acts as a leitmotif of the exhibition of "Molded Stone". Monachesi's sculptures are combined with cosmatesque, polychrome inlays, Corinthian capitals, objects that date back to different periods, from the Imperial Roman to the Romanesque period and the Renaissance. “This exhibition”, affirms the gallery owner Raffaella Lupi, “represents that dialogue between different eras and arts but also between different materials, which I place at the center of my research; what guides me, then, is the material on which the human being has built his story. " 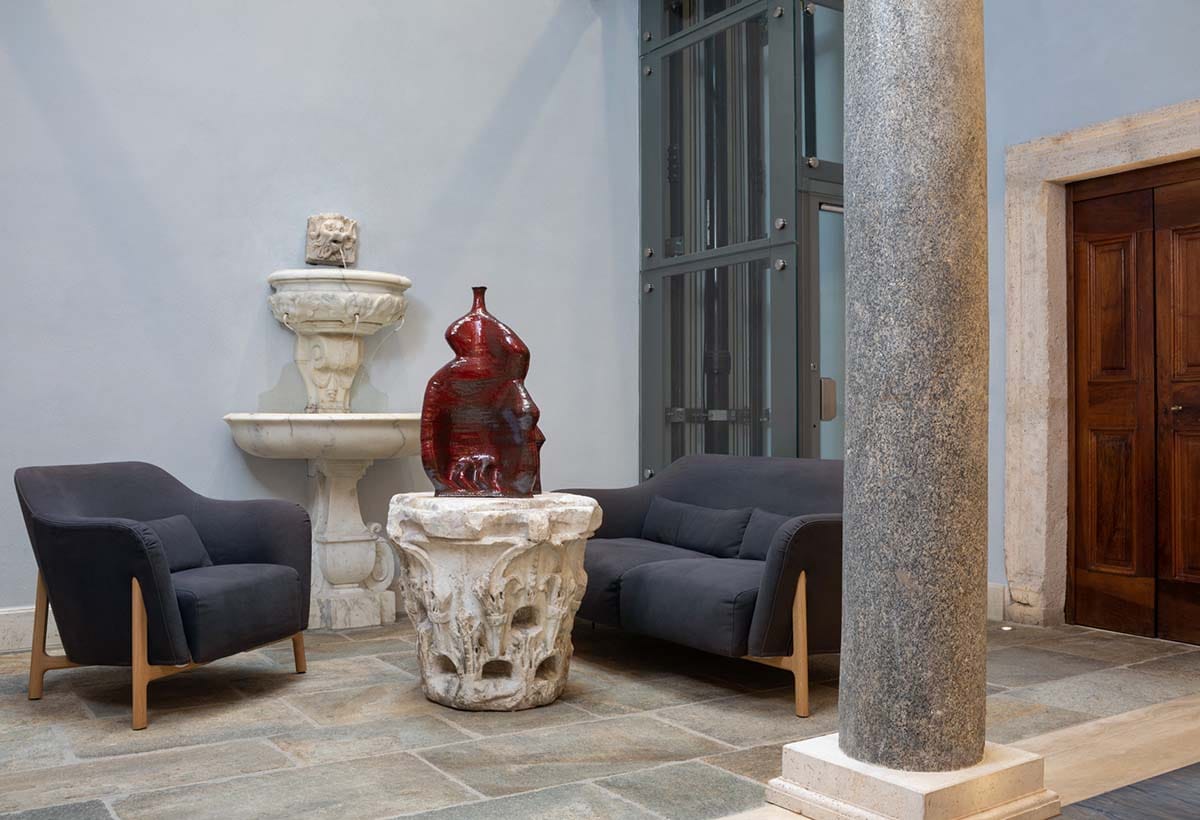 The sculptor's works are timeless objects, abstract elements with great expressive force and topicality but which use archetypal forms and ancient techniques to represent an archaic world with a mysterious dimension. Barbara Mazzi Pensive: "This exhibition reflects the spirit with which we gave life to the FraMmenti Club, a place where the matter of spaces meets the experience of knowledge, giving voice to the excellence and talents present in the area, to share and promote the art and culture of beauty. "

The exhibition takes place in compliance with the legislation on preventing the spread of the infection, for this reason the entrance is allowed to a maximum of 6 people every hour (info and reservations at info@frammenti.club). In January, a documentary and in-depth video of the exhibition itinerary will be made, in order to expand participation even remotely.