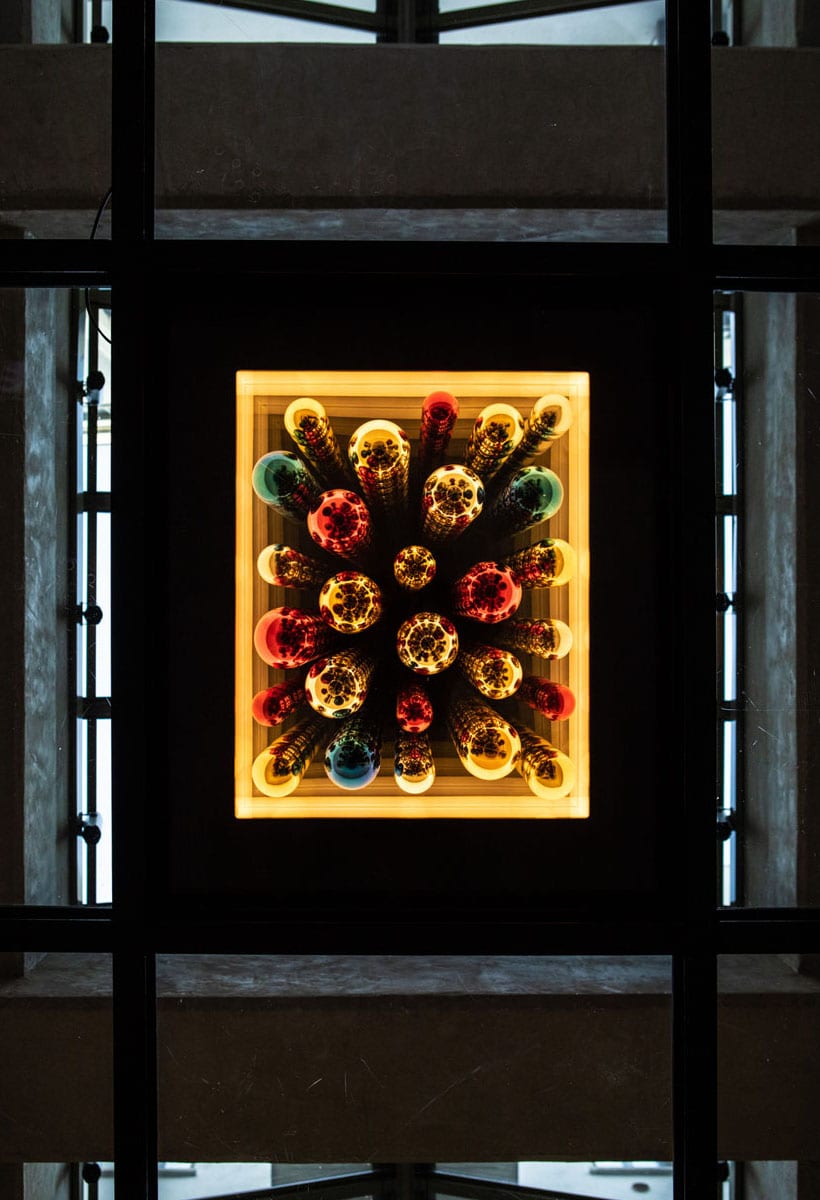 Infinity is a dimension towards which man strives without every fully understanding it or being able to possess it. “How long is forever?” Alice asks the White Rabbit. Guiding us in his world, Paolo Scirpa, like the rabbit, seems to respond: “Sometimes just one second.” 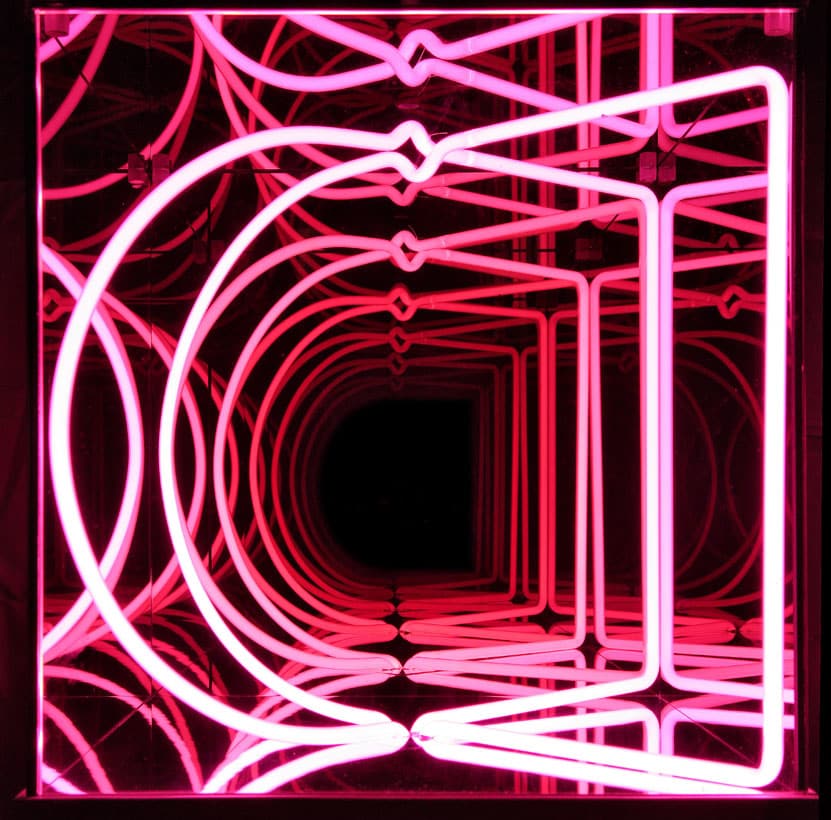 The word ‘trespass’ is a key of access and comprehension of the wonderland of Paolo Scirpa. It is usually used in geopolitical contexts, with aggressive, even negative overtones. But for the artist, as for Lewis Carroll, it is a pathway of mental and physical freedom: without trespass there can be no progress, no evolution, but only self-referential mannerism. Bruno Munari grasped the playful aspect of Scirpa’s works in the etymological sense of exultance, the free, full manifestation of imagination and fantasy. 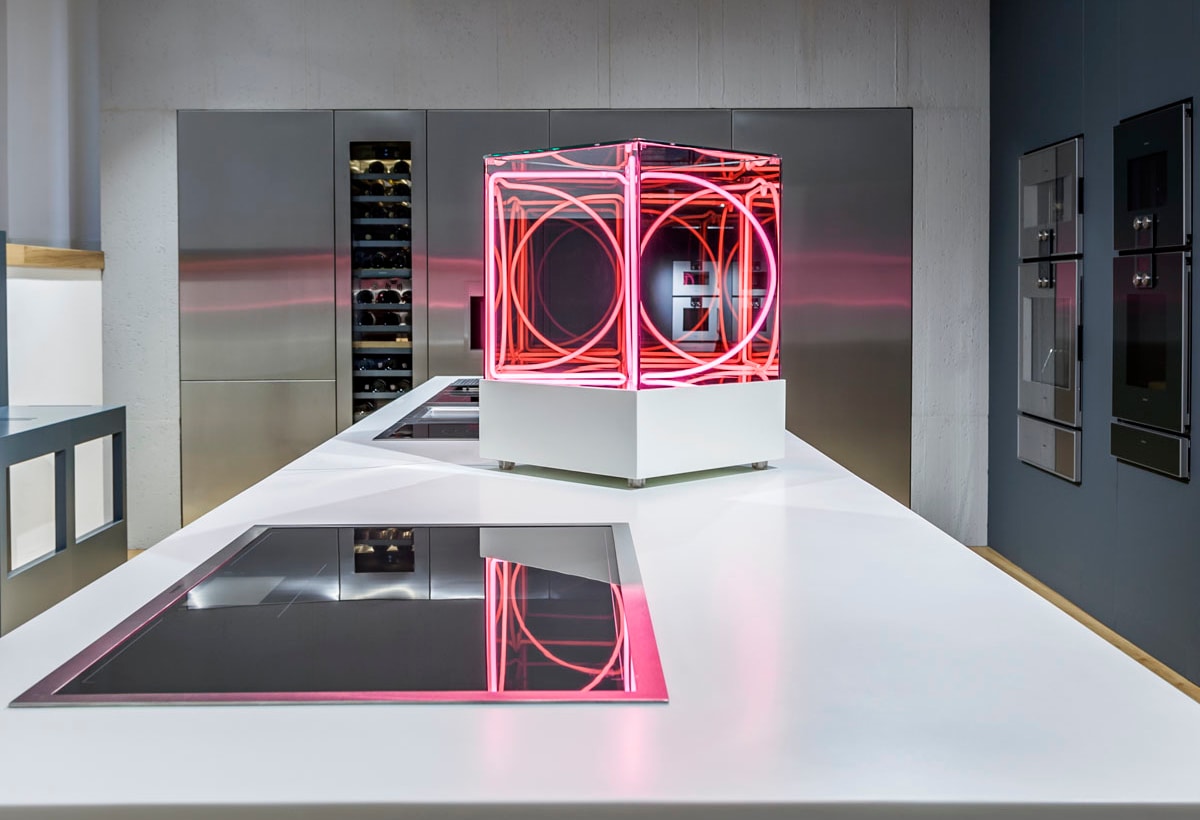 This dimension forms the basis of “Sconfinamento,” created not as an exhibition but as an emotional experience, where the viewer continues to lose his way, wherever he turns his gaze. The structure of the space itself contributes to this effect of elegant but also welcoming and inclusive domestic luxury, triggering a positive sense of disorientation in the viewer. 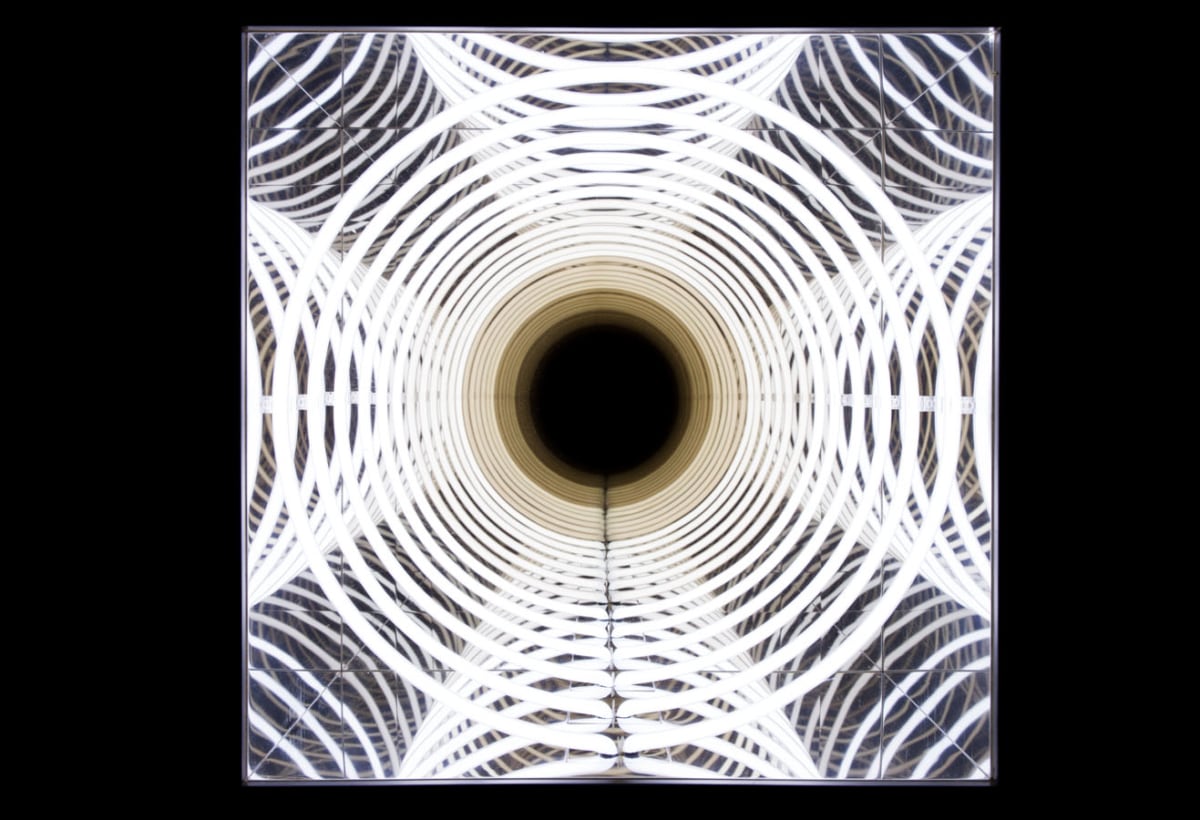 In every corner the Ludoscopes – which are also mobile – enchant the visitor who reaches the center of the main space and looks up, with the sensation of being swallowed up by a stargate of light, a double-face Ludoscope on the ceiling made specifically for the Gaggenau DesignElementi Hub. 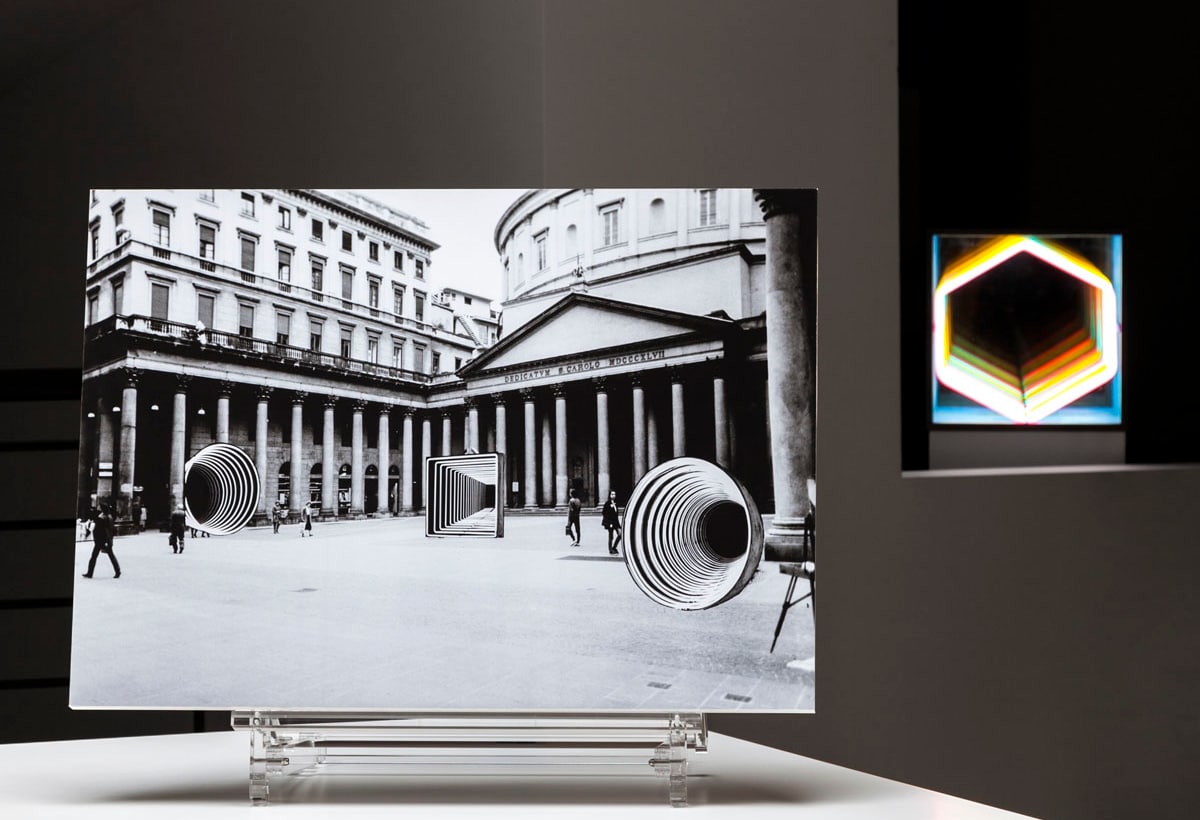 After this immersive experience, one has the impression that nothing is impossible, and that just a second will suffice to understand that infinity is merely the beginning: “For, you see, so many out-of-the-way things had happened lately, that Alice had begun to think that very few things indeed were really impossible.” 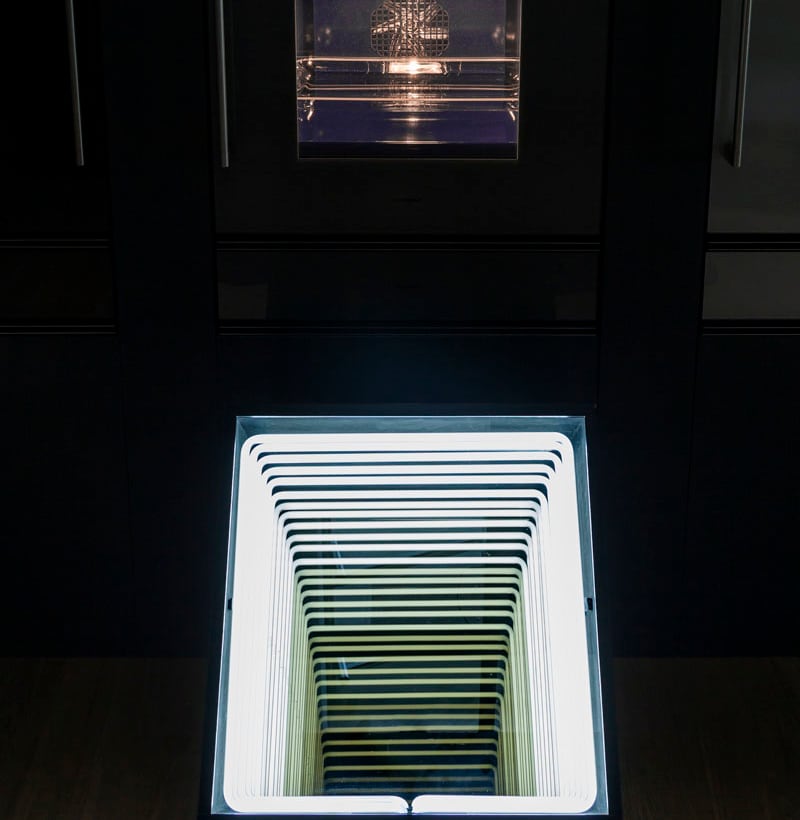 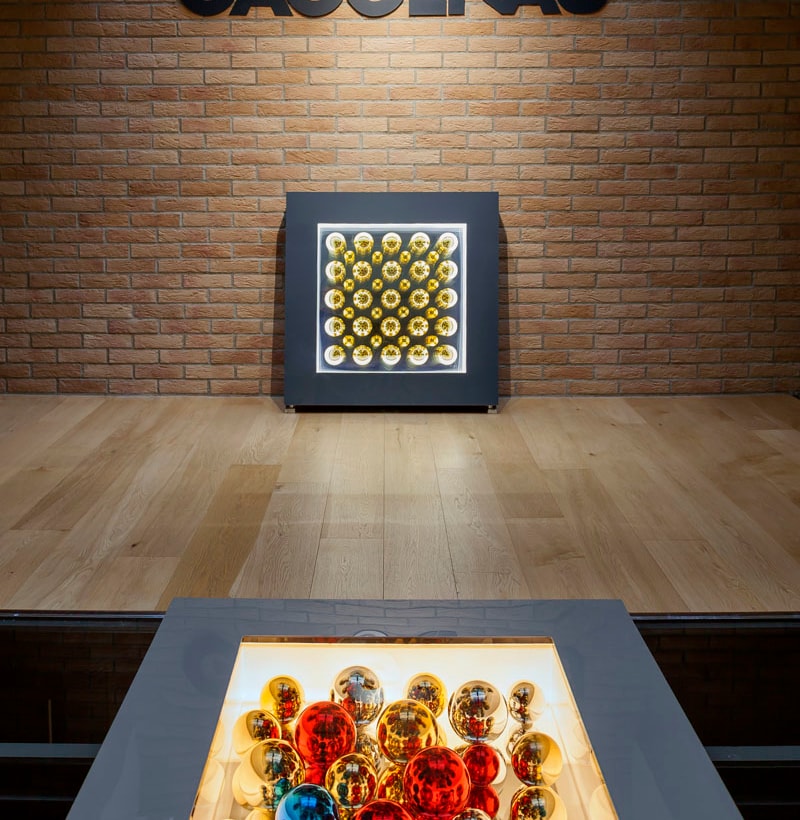