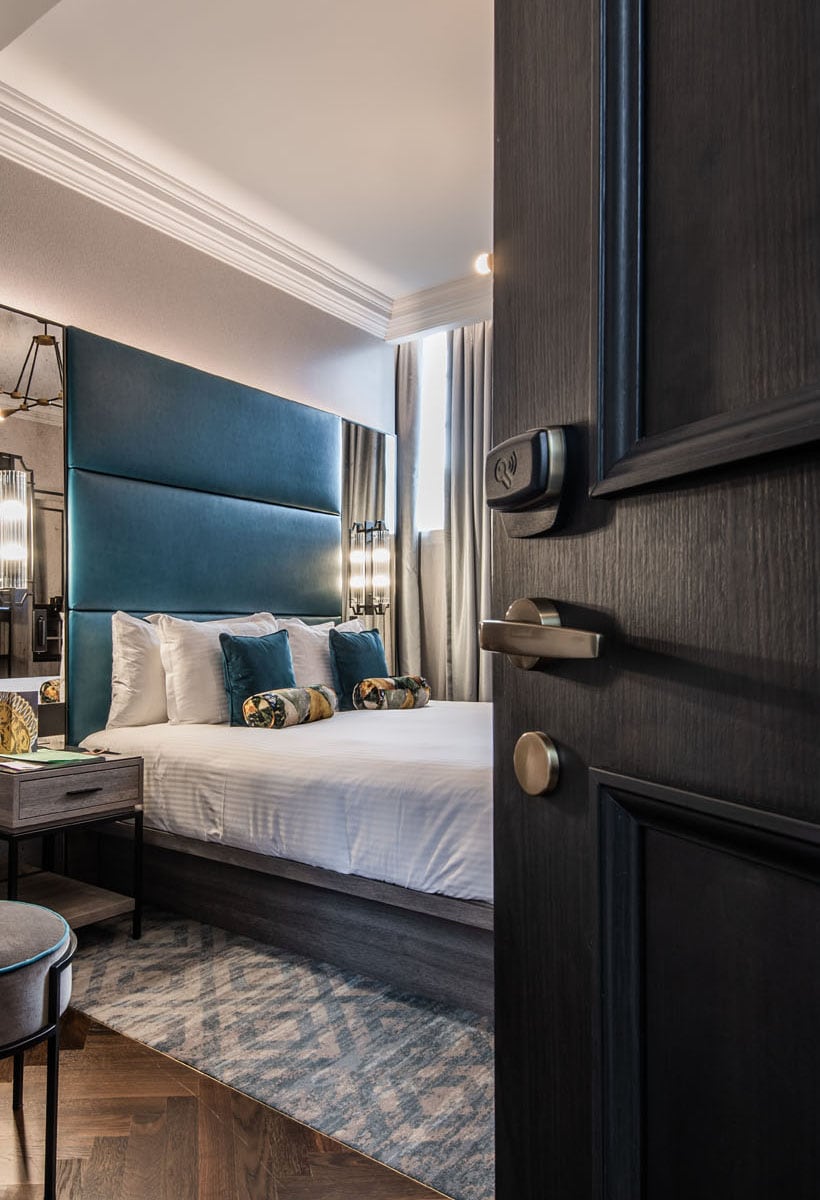 Lema has supplied custom furnishings for 193 rooms, including 10 suites, of The Dixon, the exclusive new address opened in London in the South Bank area.

That building that once contained a police station and a prison, now listed as a historical monument, was purchased in 2014 by Domivs Group, an independent family business operating in the sectors of hotellerie, real estate and private equity.

An in-depth restoration project has conserved the Edwardian heritage, starting with the large windows and the intact facade. The rooms and common areas of the hotel are full of details and works of art inspired by the history of South Bank: the keys of the old cells and the benches with incisions made by prisoners have been conserved and placed on the elevator landings, while handcuffs have been inserted in the structure of a dramatic chandelier over the main staircase. 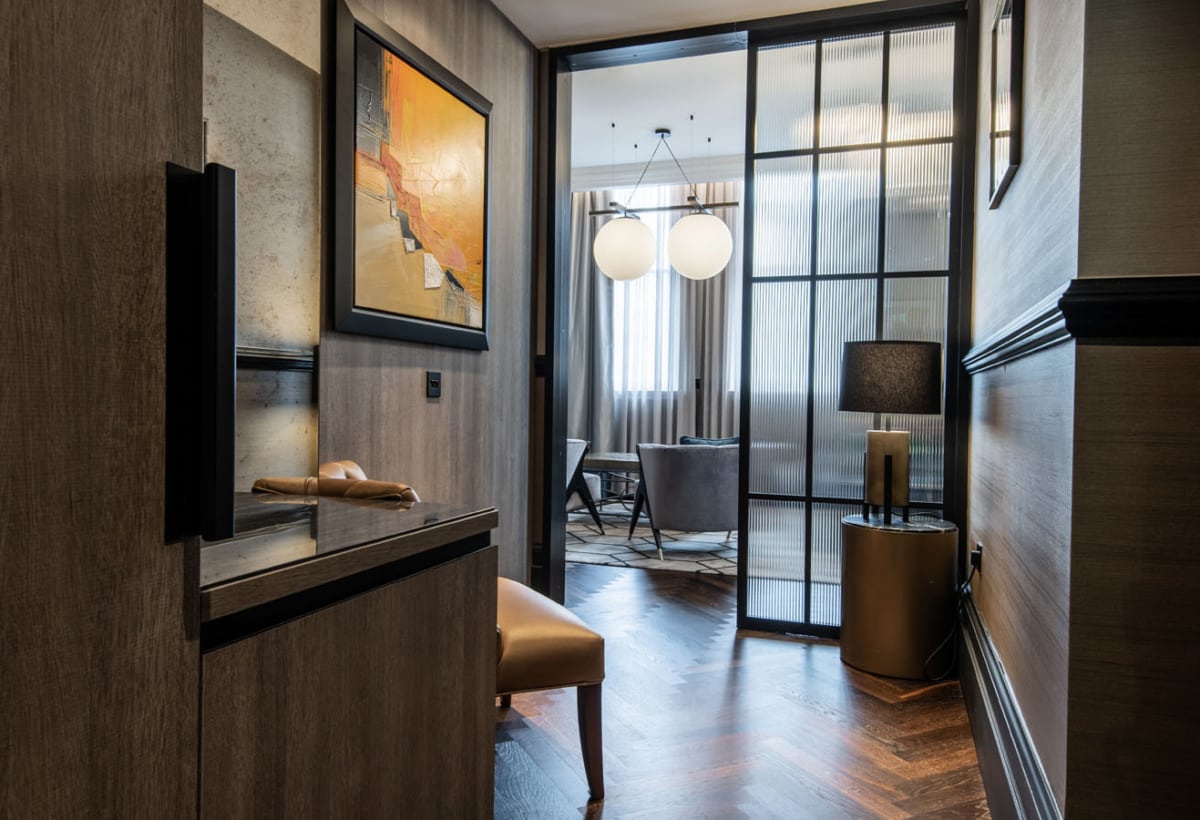 The architectural refurbishing has been done by Consarc Design Group, while Rani Ahluwalia, creative director of M Studio London, and twenty2degrees have created the interior design, combining classic and modern elements.

Lema, which coordinated the design, creation and installation of all the wardrobes, panels, beds, TV units and minibars, as well as the doors and bathroom furnishings, worked in close contact with the developer and twenty2degrees on every phase of the project. 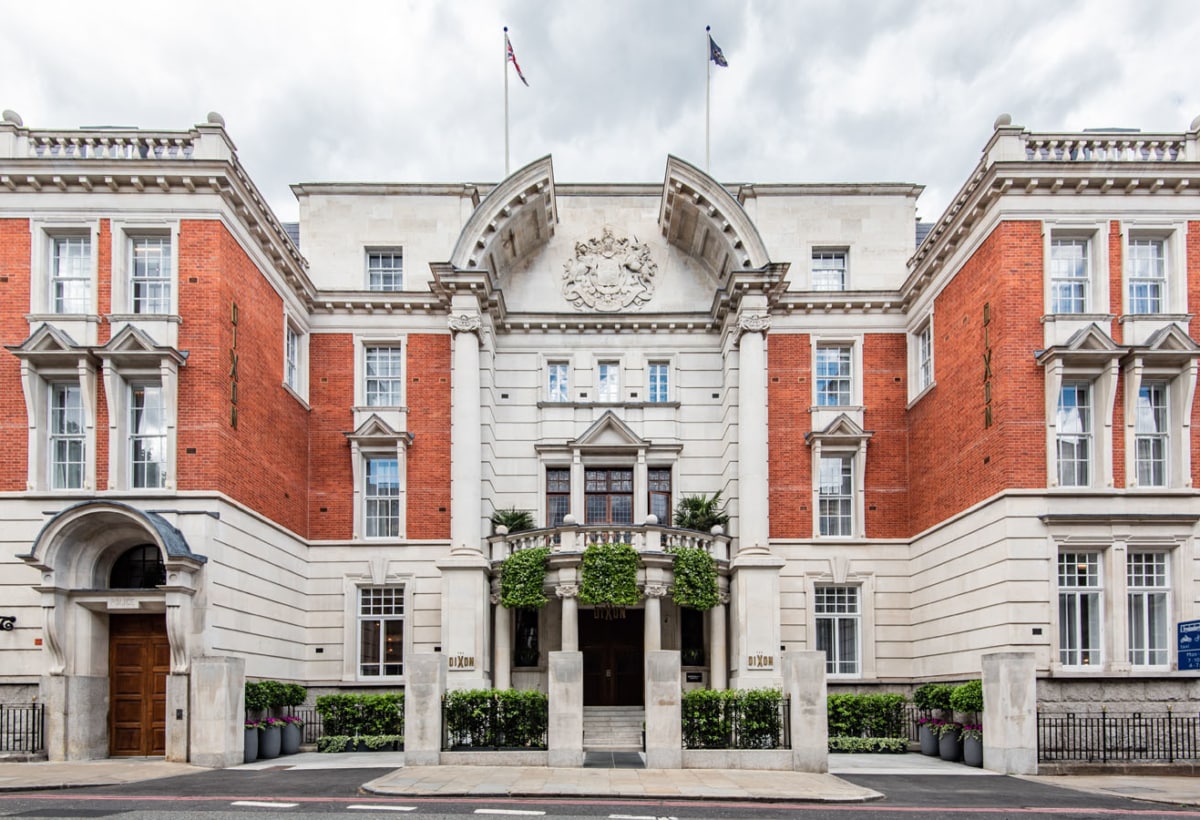