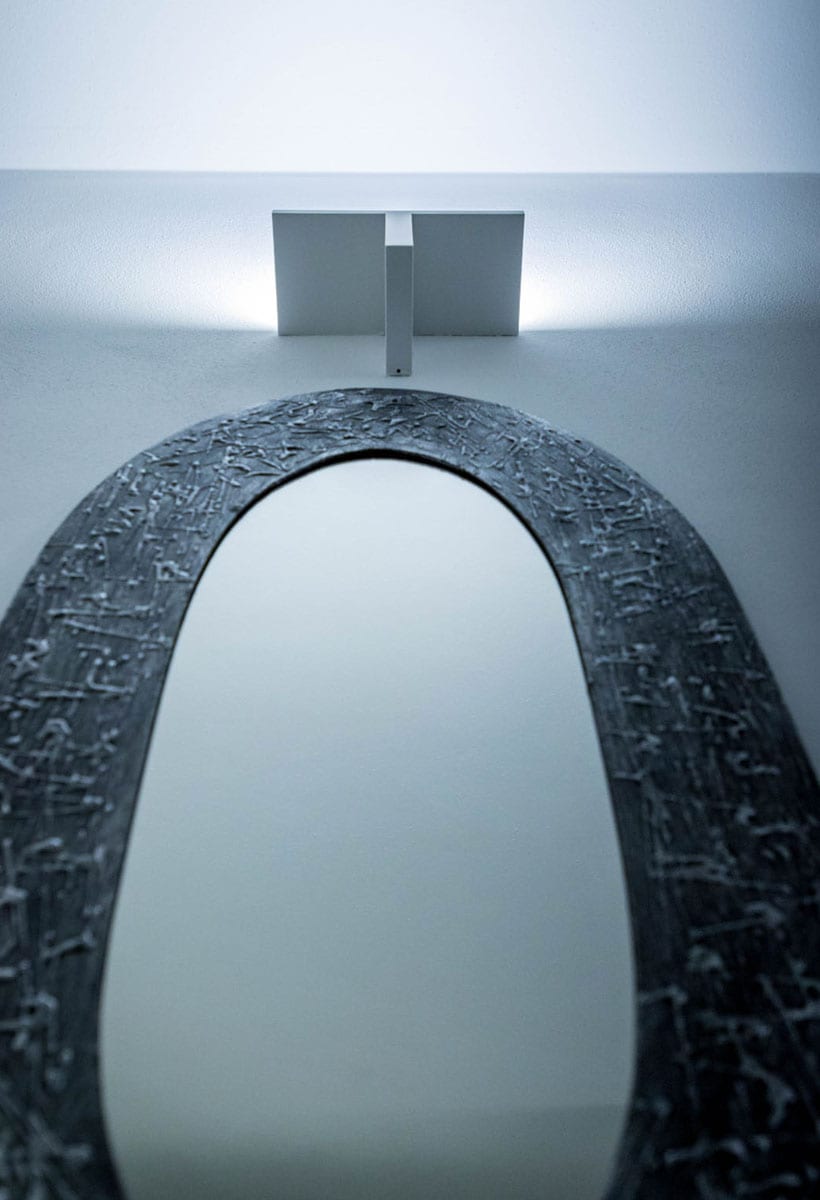 A renovated villa in Calco, in the province of Lecco

The new building has been modified inside by request of the owners, who wanted to have separate rooms for guests and a large daytime area. The latter is composed of a single space that includes the entrance, living room, dining room and kitchen. The focal points in this open space are the large dark gray counter-wall with a stone effect, which contains the television, and a table whose top is composed of a single piece cut from a tree trunk.

Eliminating the deck that divided it from the living room, the staircase has gone from being a simple service element to a focal point of the design. Every measure taken brings out its presence in the space: it rests on a platform with small spotlights, and has been painted with a materic effect. The steps are monoliths of concrete-effect porcelain stoneware, while handrail – invisible in the daytime – becomes a continuous band of light in the darkness. The parapets have been replaced by glass panels that extend from the basement to the first floor. 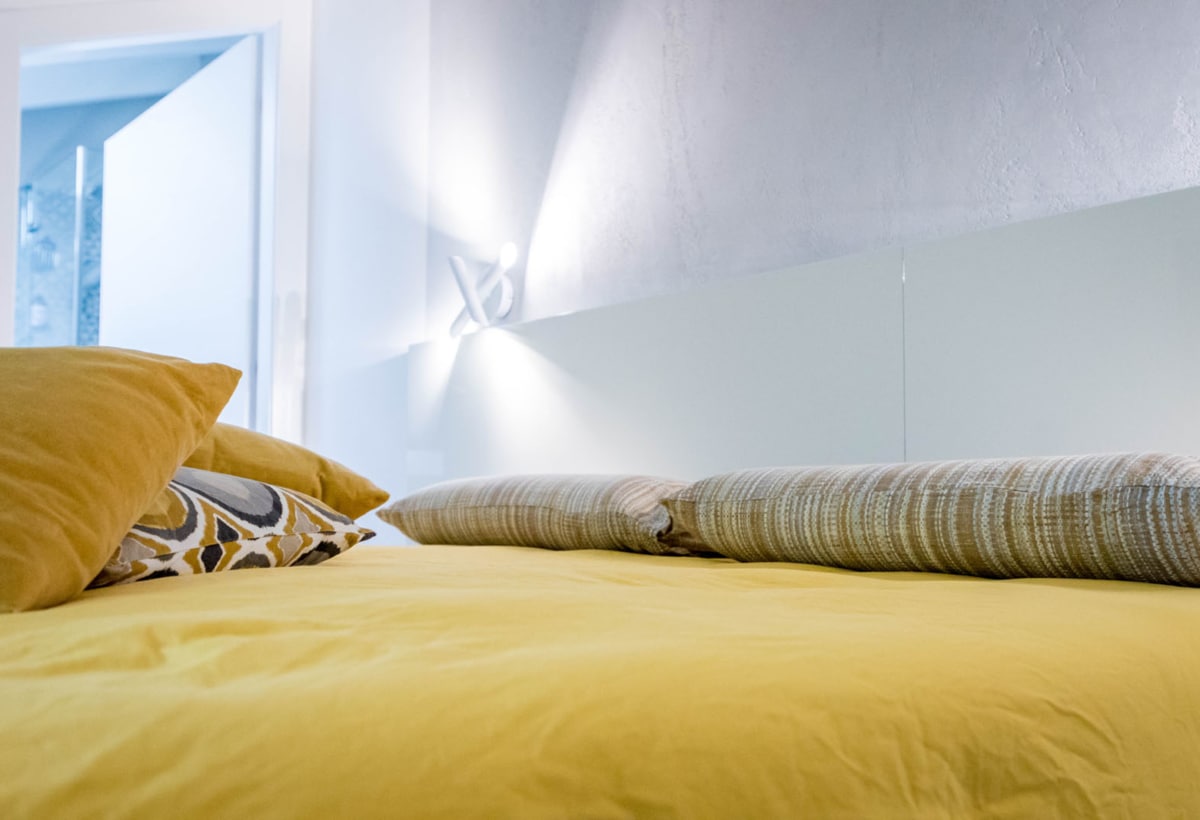 The dominant color of the interiors is gray in various tones, with some chromatic accents to bring out the uniformity by contrast. Cool hues with vivid hints of color in the spaces create a welcoming atmosphere.

Lighting plays a fundamental role to create different moods in the spaces. The large living area has precisely placed spotlights near the windows, indirect and diffused lighting in the TV zone, and a geometric lighting fixture on the large wall in front of the glazing. The kitchen has more technical lights, with ceiling borders that almost conceal the fixtures, and small spotlights on the worktop. 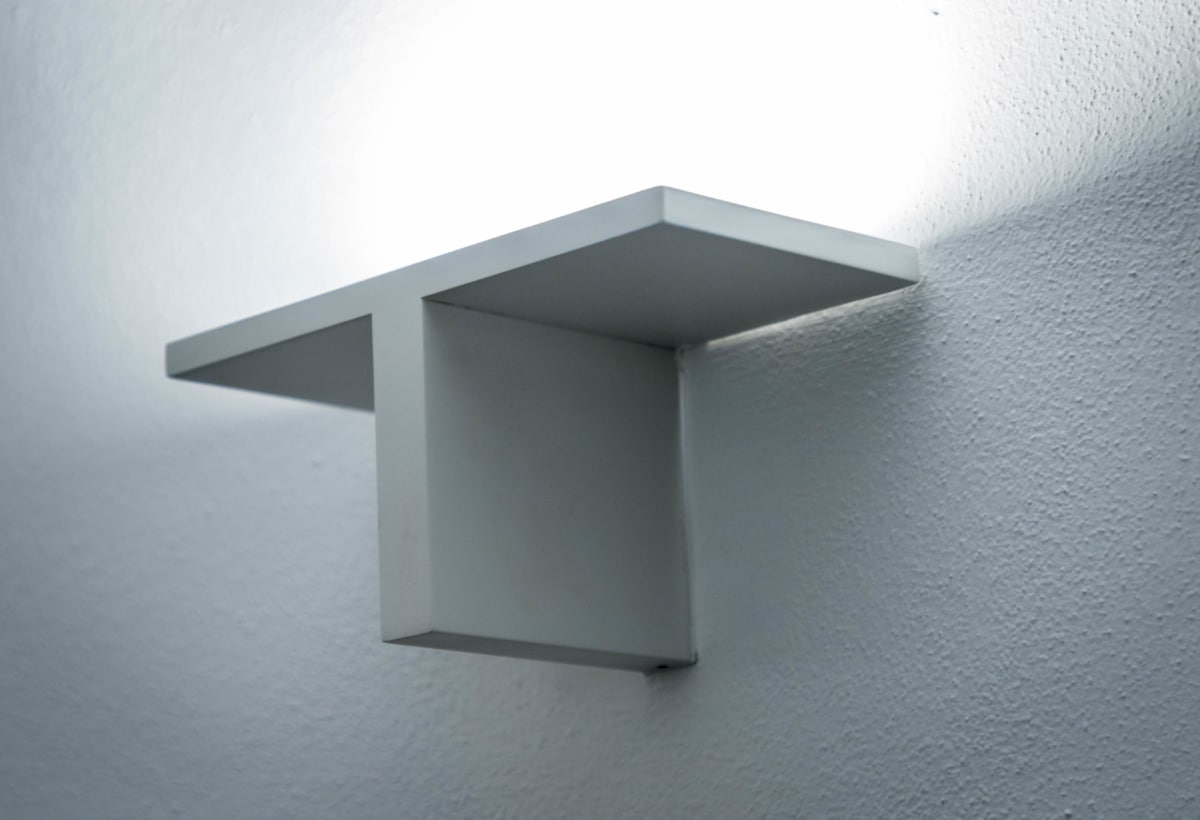 On the first floor, the choice has gone to the Luà lamps by Icone. The situation called for indirect lighting that would highlight the roof in whitewashed wood with an intense but soft glow. Luà stands out for its adjustable flat disk that allows the use to aim the beam of light in a theatrical way. The architect has also put Luà in the master bathroom, since the installation point is off-center in the room, making the directional adjustment offered by the lamp become a useful feature.

These wall lamps are available in a range of colors, but in this case, they have been deployed in total white. The architect wanted the form of the lamp to appear due to a difference in light rather than color, and the total white of the fixture, combined with that of the walls and roof, has generated this effect.