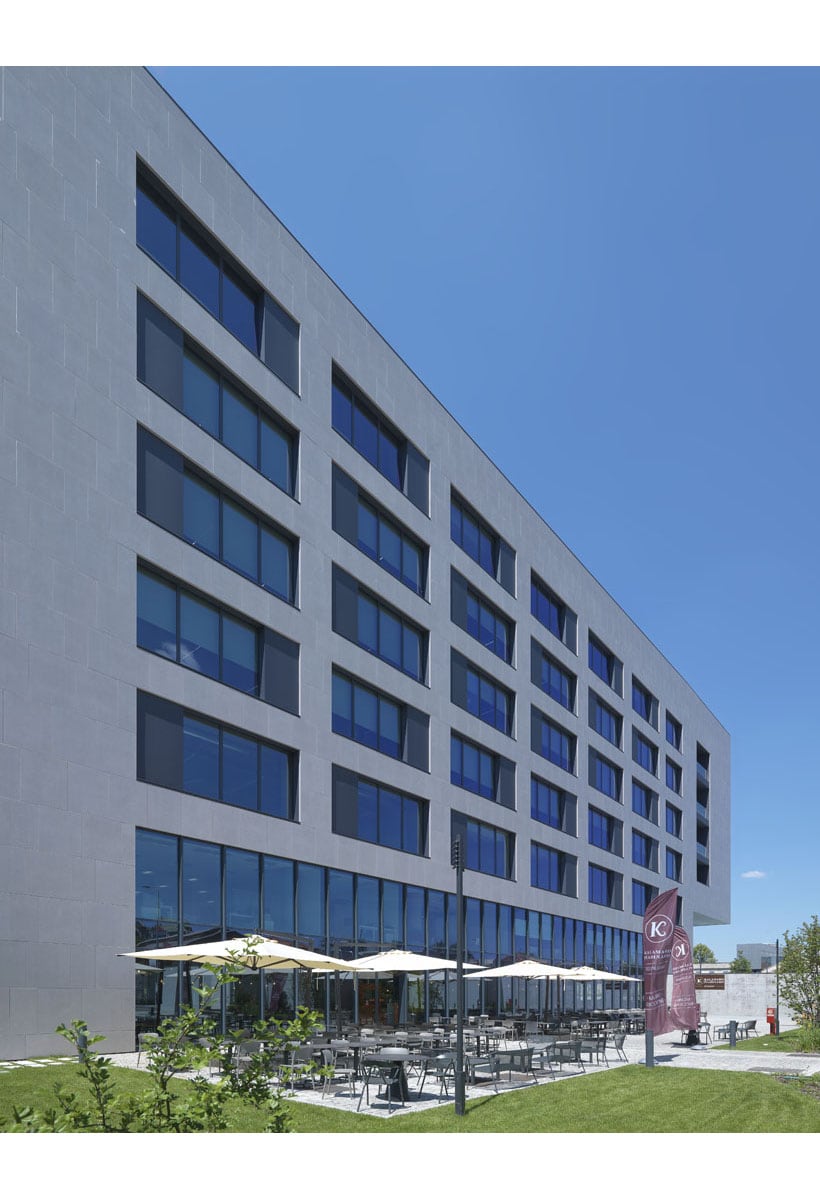 In Milan, a business district that is an icon of sustainability

In the area to the south of Porta Romana, Symbiosis is an integrated project of urban renewal that will redesign the geography of the city. Systems in aluminium by Schüco have been used for the facades of the first building to be completed, reformulating the concept of interaction between work facilities and public spaces.

Organized by the developer Covivio and designed by the architecture firm Antonio Citterio Patricia Viel, the project redesigns the geography of Milan by creating an innovative, technological and entirely sustainable business district of about 125,000 square meters. 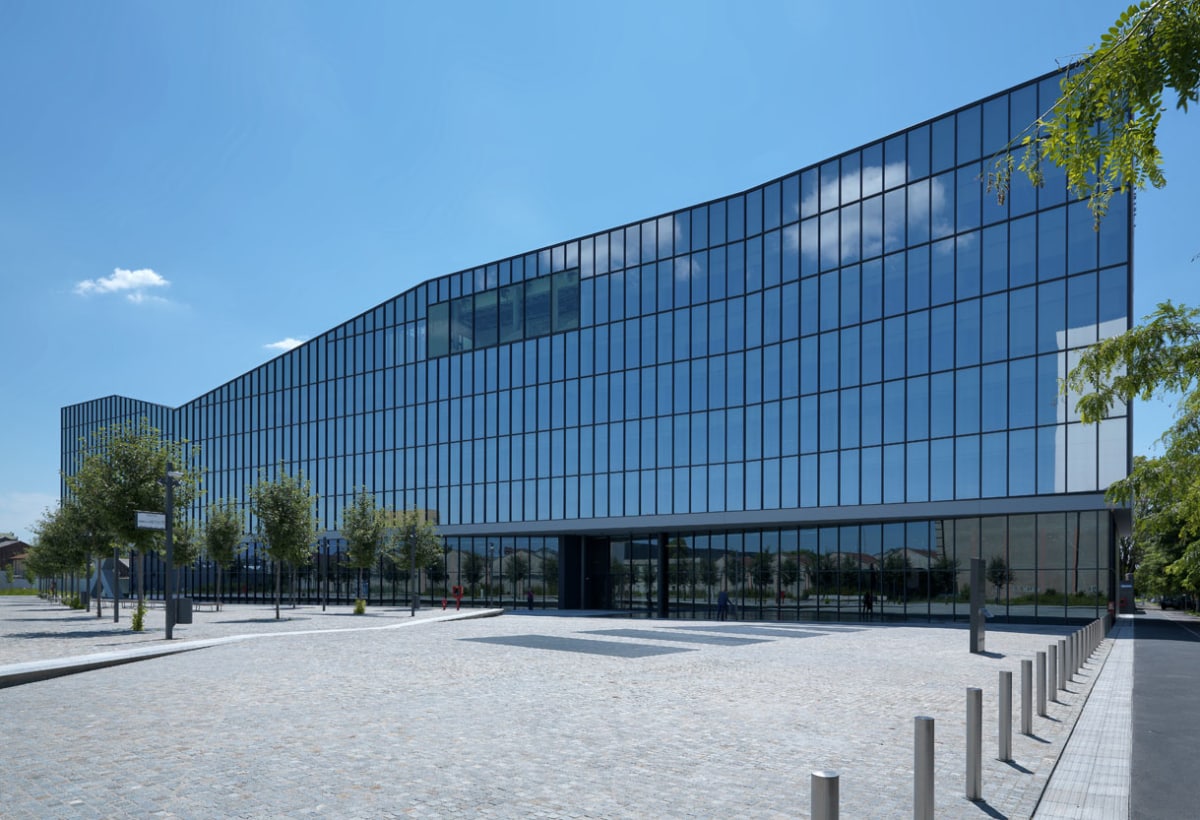 The first structure to be built – the Fastweb headquarters – is in the northernmost section of the area. Created for managerial and commercial activities, the entire facility of about 19,000 m2 has an L-shaped plan oriented mostly on an east-west axis. The southern and lateral elevations feature a pattern of windows in aluminium, recessed with respect to the stoneware cladding. Produced by Schüco in a custom version, the groupings of three non-opening frames (1350x2700 mm each) are flanked by opaque infill panels.

The main facade of the building, to the north, is instead entirely transparent to maximize natural lighting in the workspaces and to permit a direct view of the urban context, which includes the famous Fondazione Prada and the new tree-lined plaza named for the entrepreneur Adriano Olivetti. To accentuate the sense of continuity between interiors and the landscape, and to respond to specific criteria of sustainability, efficiency and technological excellence, the large glazings of the facade have been specially made by Schüco with a unique system of cells, in which each single glass partition measures 1350x3900 mm. 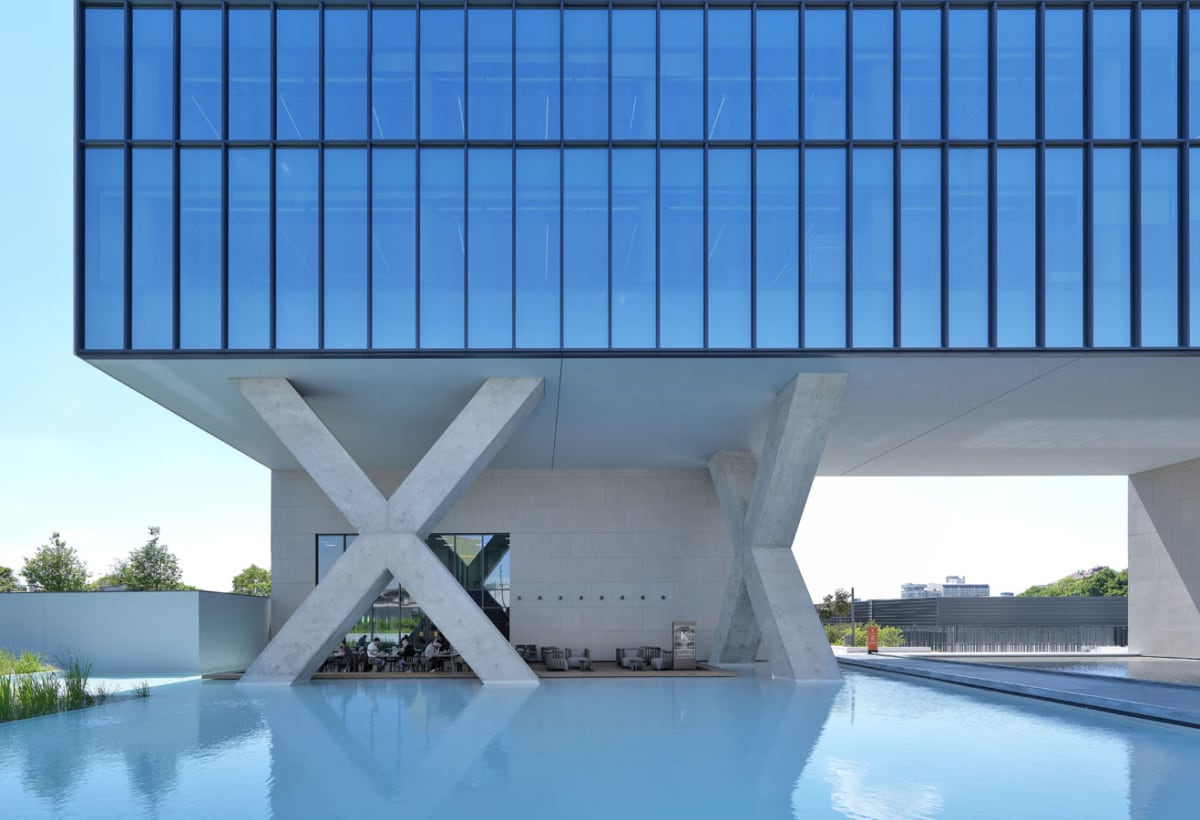 The upper level, which contains the boardroom known as the ‘Skybox,’ has been made with the Schüco AOC 60 facade of posts and crosspieces in steel, whose innovative sealing system guarantees maximum thermal insulation also at the position of the roofs, usually critical areas in this sense. For the ground floor, utilized only for commercial activities, the choice has gone to the Schüco FWS 60 system of posts and crossbars in aluminium. The architectural enclosure of the entire building is completed with the Schüco AWS 75.SI (Super Insulation) opening window frames, with a high level of insulation.