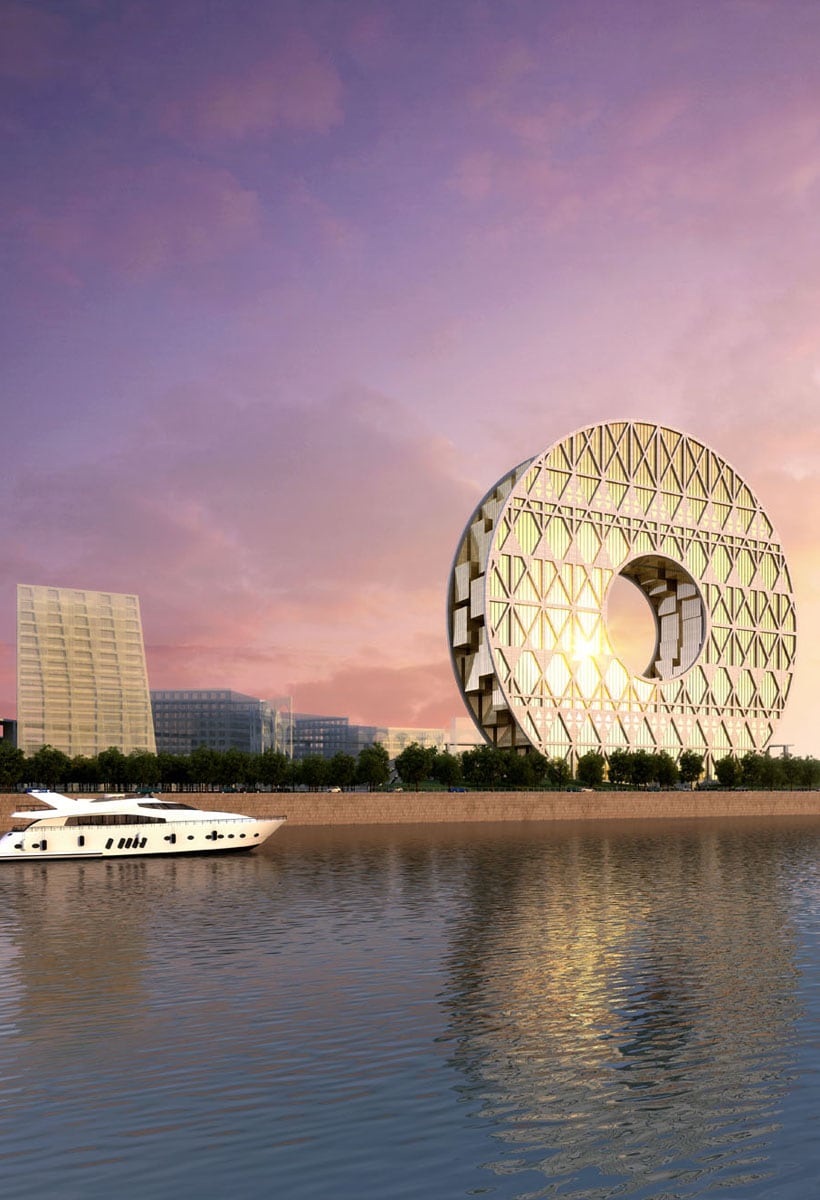 Between cinema and architecture

Joseph di Pasquale, architect, talks about his concept of space, intended as a new area of ​​proximity. A domestic space that emerges from the home, a new scenography that stands out in renewed urban contexts

Joseph di Pasquale opens the doors of his Milanese studio to us on a January afternoon, for a conversation between architecture and cinema, urban planning and planning, a function of design, creation and development of new proximity spaces. We have been certain for a year now that the world will never be the same again. What the pandemic has highlighted is that public and private spaces will be increasingly questioned. And this opportunity was welcomed by the design world as an opportunity to create new connections and new social spaces.

Joseph di Pasquale earned his PhD some time after the Degree in Architecture: what was the drive to resume doing research in the academic as well as professional fields? Your passion for cinema has led you to be the protagonist in front of and behind the cinema: is it a cinema that is functional to the architectural project?

Let's start with the doctorate. Five years ago, after an intense period of professional activity between Italy and China, I realized that I needed to stop. This "intercontinental" mode had caused me a deep sense of disorientation from globalization. I closed all my studies in China, keeping only representatives, and after completing some construction sites I chose to reset by enrolling in the PhD School of the Politecnico di Milano. And I asked myself this question: "Who does the architect work for today?" I needed to rethink space. In the case of the Chinese market, rendering is a formidable design weapon because it allows private individuals to obtain concessions for the use of land for speculative and commercial purposes. In China, in Guanghzou, I created the Jade Circle, a landmark building conceived as a native Chinese building with the pretense of not falling into the stereotype of the western skyscraper. Its completely closed and defined, iconic architectural form approaches the oriental way of perceiving reality. An urban logo that functions as a reference in the panorama of the city exactly as ideograms are used. To answer the other question, architecture and cinema have many points in common because architect and director are script creators and developers. I think of my profession as a screenplay for spaces. The fabric of the city does not need a dress but a script: it is necessary to understand which stories unfold in "this or that space". As a director on the set and as a designer, I believe there is a common language. People enter and leave the stage, move in a certain way, create spaces. With the Chorus Life project in Bergamo, I dealt with the digital interface of space. By participating in a small open talk between professionals, we asked ourselves what public space is and how it can no longer be thought of without connection to the “immaterial” space. 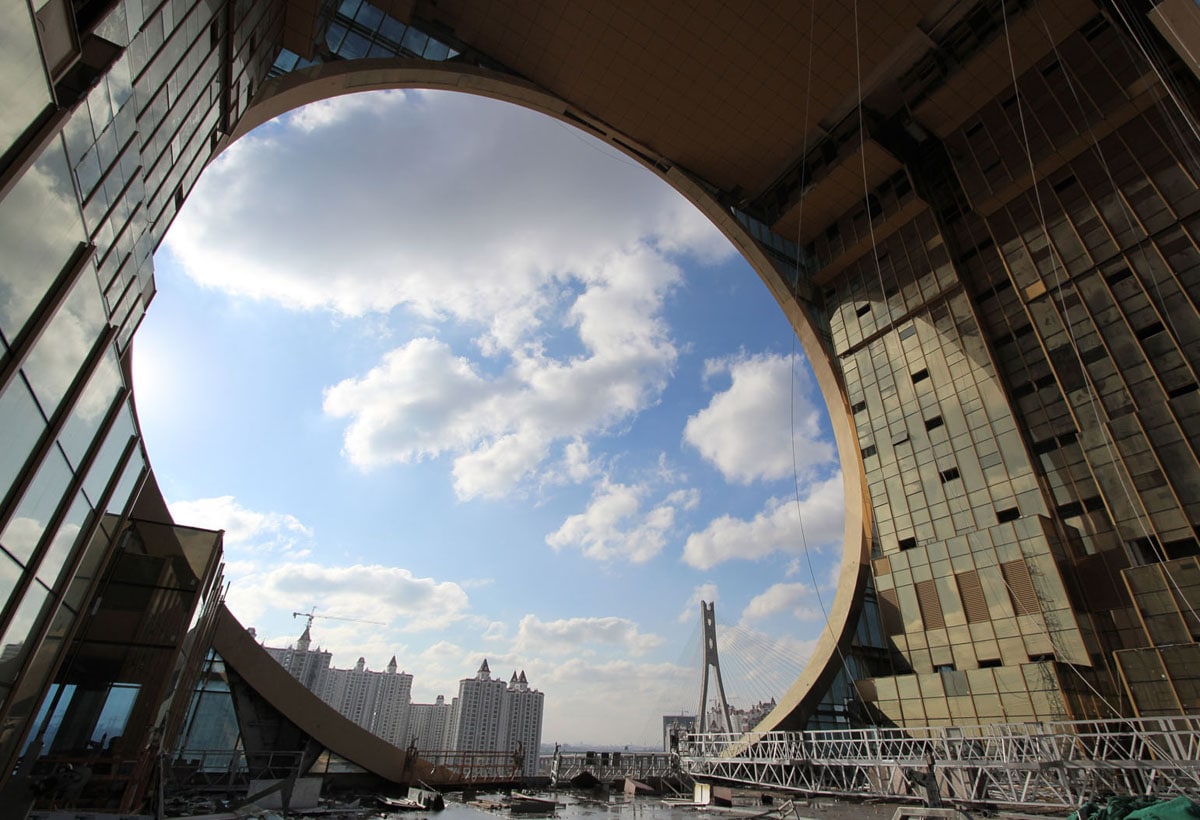 There is a definition of public space by Hannah Arendt: "Public space is the place of political action", which made me reflect on the meaning of contemporary political action that must be reinterpreted as the action of the private citizen acting in the digital space creating consequences for oneself and for the community. Public space today no longer has this peculiarity of responsibility for the individual, but can recover, thanks to the network, new urban qualities. The real space where my actions are effective for me and for others is the digital space. The network therefore begins to acquire value especially for the type of action that the individual performs.

What is the role of architecture in the management of open spaces?

Living outdoors has made many people discover the area of ​​proximity, that space that comes out of the home and becomes "home itself". With Chorus Life we ​​are addressing this issue, which concerns the extension of the domestic perimeter. The extended family of the pre-industrial revolution is becoming current again. Co-habitation (co-working and co-living) is expanding not only to the family but to the social neighborhoods of proximity. Colleagues sharing apartments, families with different configurations. The domestic sphere extends outside the home and the workplace "leaves" the minimum allocation of spaces and services of the house, expanding outwards, allowing for a reduction in travel, leaving the "sick" model of a divided functionalist city by function, age and income. We can no longer think of a city in which people spend most of their time moving from point A to point B. This model was already in crisis and the pandemic simply accelerated it, bringing it to an end. Chorus Life is an urban regeneration format proposed in the masterplan for the conversion of the former Ote sector in Bergamo. An intervention with low building density but with a high relational density, whose value lies in the ability to generate social and intergenerational exchange. Multifunctional arena, shops, services, SPA medical sports center, panoramic gym are the main functions of the complex, to which are added 100 accommodations that promote a new idea of ​​home, a proposal of subscription housing services that also include energy, maintenance, entertainment and food, and access to all services in the complex. 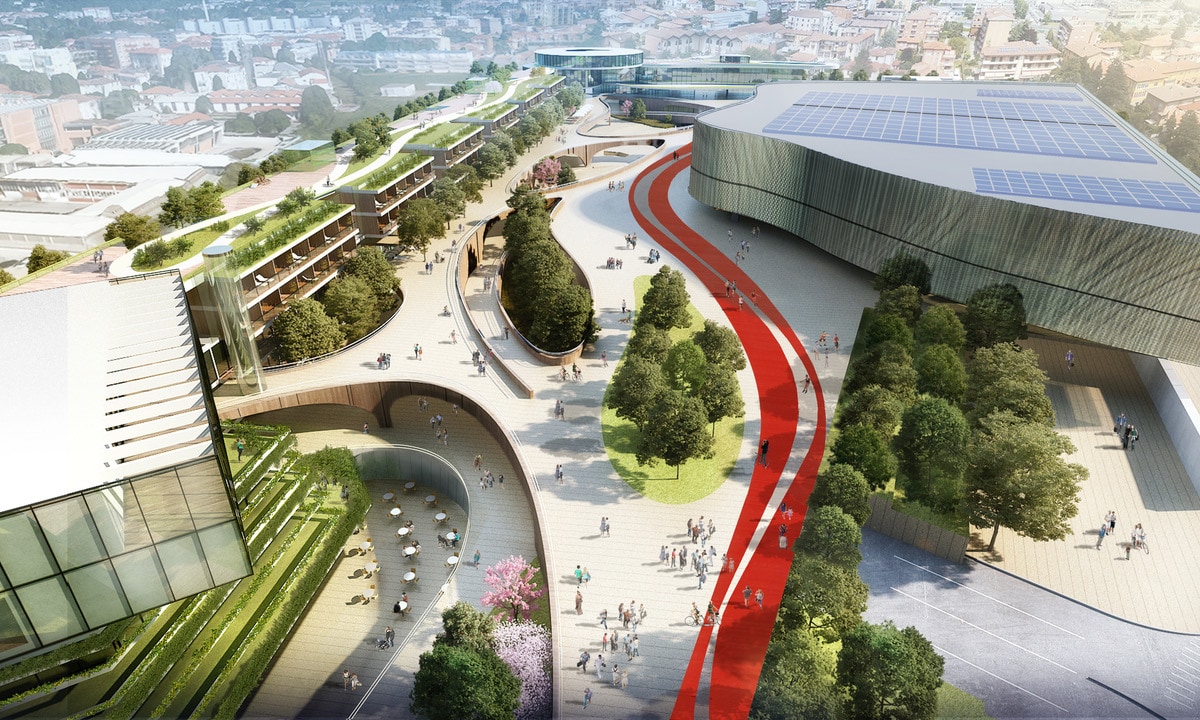 In fact, your design approach denies the formalism of rational and zoned city planning. Where does all this theoretical apparatus materialize specifically?

Chorus Life is a real Proximity Housing Campus. From the theoretical point of view it is the definition that best describes it. A precisely defined perimeter, within which there are homes designed with a series of integrated functions. The living space is neither for sale nor for rent, but in subscription mode to extend the services that can be used (gym, SPA, mobility). The experimentation on new behaviors has pushed us further: with an app we generate a virtuous promotion process. Thanks to an agreement made with the Mario Negri Institute, we have worked in this direction, trying to integrate health, diet and energy consumption per capita. Within the complex there is a building linked to well-being that deals with active life, nutrition, sociality. Everything is organized like a game with the aim of organizing and improving the behavior of the people who will adhere to the protocol, to verify the promise of improving the quality of life at Chorus Life. And this will also concern the virtuous behavior in energy consumption by the inhabitants.

The design is dividing into two areas. On the one hand, the ambitious desire to zonate the domestic space by establishing precise spaces and functions, on the other hand, to leave the space free, allowing the tenant to choose his spaces. In this dialectic, where does your design philosophy fit?

I believe that the spaces of work, life and vacation are increasingly mixed. A mixitè accelerated by the pandemic: surely living in a proximity environment will allow you to choose not to move to go to the office, with an increasingly technological evolution of apartments. The new typological character will consist in having increasingly equipped and functional microcosms to be extended also to people who belong to different nuclei and public spaces increasingly connected to the network. Technologically equipped microcosms will help create the evolution of the 21st century apartment and condominium. Co-living rides the future we are experiencing.