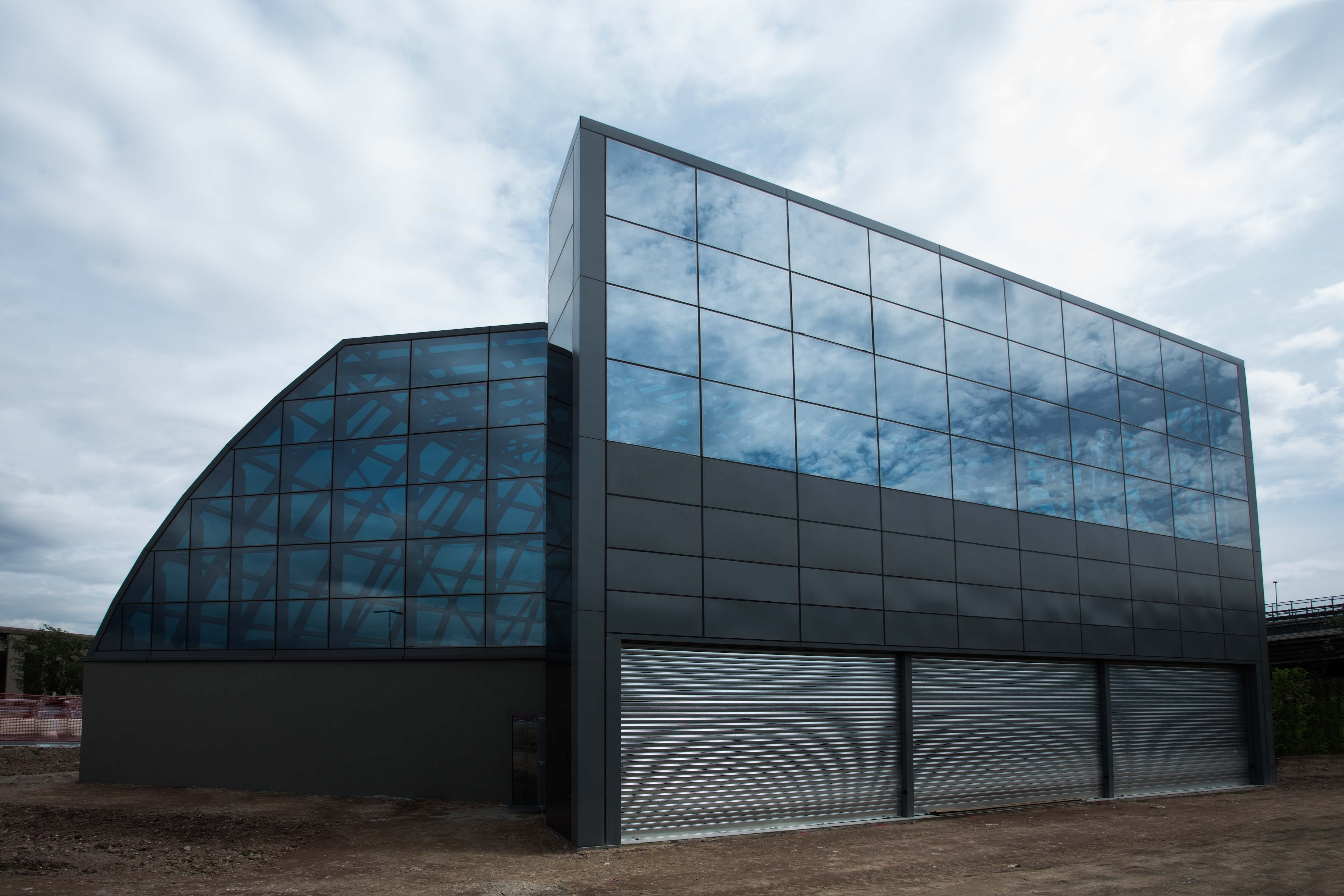 Not just a railway station. This is the challenge met by MM to create an arrival zone at Rho for visitors on their way to Expo 2015. The fil rouge of the project of the MM design division was original: “what do people want to see at the fair?” The answer comes naturally: “The products of human ingenuity.”

A link between old and new, made clear by the oldest known “head” in history: the Sphinx. Starting with the legendary Egyptian representation of genius, MM thought it would be logical to allow visitors to “enter the most ancient head in the world” on their way to finding out about the latest developments in human ingenuity.

This has led to the design of the steel and glass roof – of the upper part of the head of the sphinx, conveyed in stylized form – which shifts from archaic to futuristic thanks to small geometric crystalline fields with which the rings develop, associating, inventing and conveying images.

MM has designed the corridor connecting the rail station and the Expo entrance, and also made two skylights to bring light into it. It seemed natural to continue the theme of the sphinx, placing two “eyes” or two pyramids on a diagonal line to generate an oblong rhombus (the eye) decorated by a round pupil to reinforce the effect.

Just as the eye transmits images, i.e. light to the brain, the technicians of MM have covered the reinforced concrete of the roof with mirror-finish steel to gather and amplify the sunlight entering through the skylights.

But this did not suffice to make the image “travel” more extensively inside the optic nerve that crosses the chamber (cranium) of the corridor, supplying continuous information to the brain through visual perceptions: therefore, under the skylights two prisms have been suspended that refract the sunlight: a rainbow that turns with the movement of the sun, underlining the multiethnic spectrum of the event.

The station will also feature two works of art created by two young talents, thanks to the competition “Arte sotto Milano” organized by MM with the Accademia di Belle Arti of Brera. A concrete commitment on MM’s part to support young artists, reflecting the company’s desire to make the art-stations formula a concrete reality, as in other European cities. The permanent installations are Istanti by Antonio Gramegna, winner of the Premio MM, and Cartografie dell’Immaginario by Veronica Menna, winner of the Premio Speciale of Expo 2015.