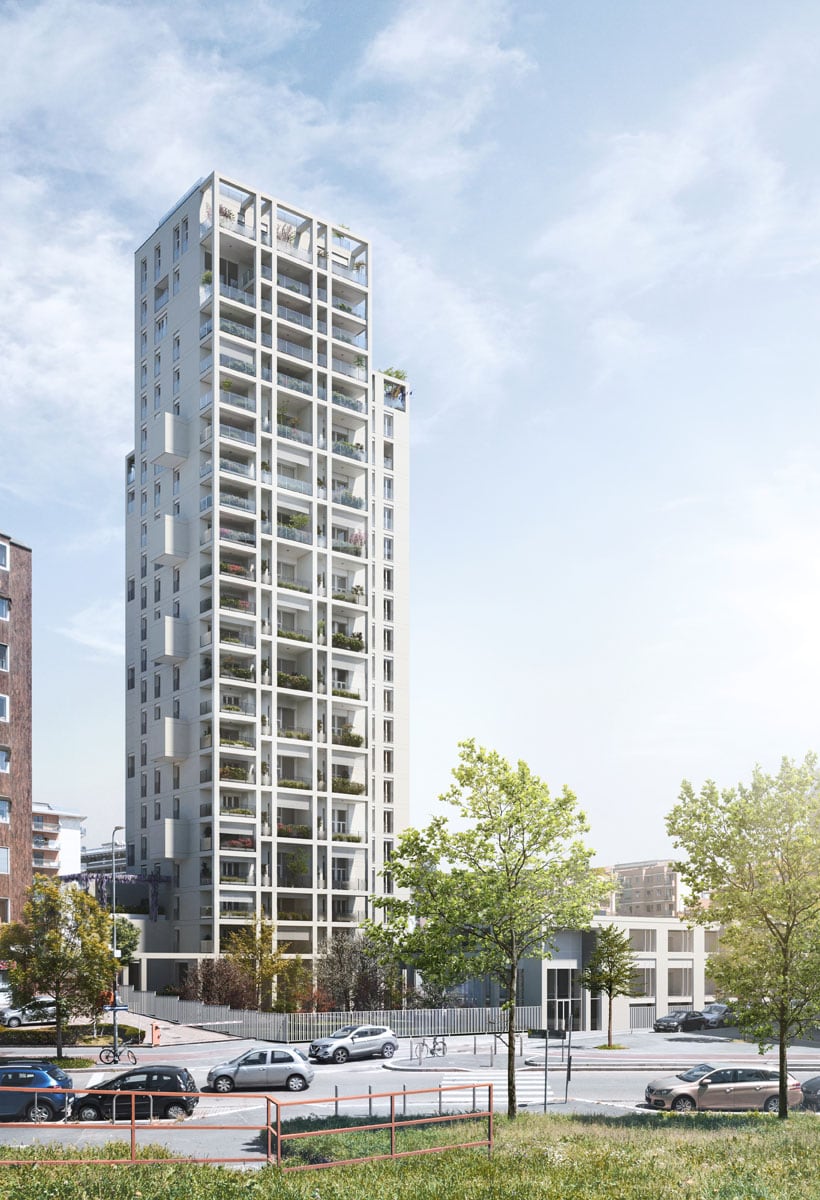 A Tower for Milan

#architecture
A Tower for Milan

The new vertical growth in the heart of the city: 45 million euros invested for 24 floors in 80 meters, with 105 apartments of different sizes

The official presentation was made on 2 October of the new Torre Milano, a 24-story building under construction at Via Stresa 22, at the corner of Piazza Carbonari. The district, a few blocks away from the Central Station, is known as Maggiolina, which already hosts residential complexes designed by outstanding Milanese architects like Gio Ponti and Luigi Caccia Dominioni.

The tower, which will be completed in mid-2022, bears the name of the city because it establishes a true relationship with urban reality, starting with its creators and developers: the historic contractor Impresa Rusconi, operating in Milan for over a century; Storm.it, a real estate developer with solid local roots; the Milan-based architecture firm Beretta Associati, which has operated on the urban territory since 1964 (as well as in the rest of the world), which has designed the project by seeking a dialogue, also in terms of form, with the Milanese Rationalism of the 1950s and 1960s, from the Torre Velasca to the Pirelli skyscraper. 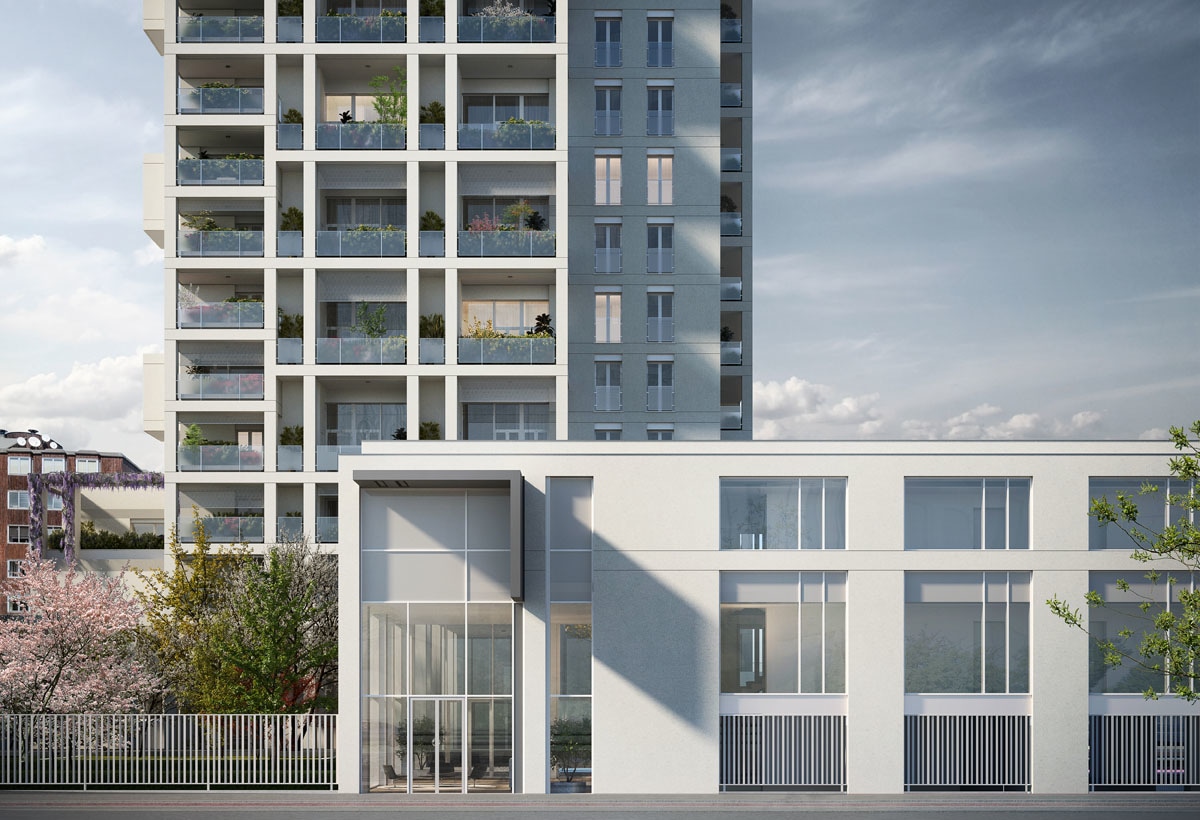 8
Entrance from Via Stresa.

The facades of Torre Milano, clad in large ceramic slabs by Florim to make the ventilated walls, feature clean orthogonal lines that mark off terraces, large windows and balconies. The project, with a cost of 45 million euros, generates a commercial area of 10,500 square meters, subdivided into common areas and 105 apartments, with extremely rational layouts and a maniacal focus on livability. Similar emphasis has gone into the question of sustainability: the building is in energy class A, with photovoltaic panels, a pool to collection rainwater for irrigation, a controlled ventilation system and a large area of greenery for the inhabitants.

Torre Milano also sets a record: it represents the first project in Italy of collaboration between a real estate developer and Amazon, which with its Alexa device built into the MyHome system by BiTicino, included in the outfitting of the apartments, will permit voice control of the main functions of the home automation system (temperature adjustment, video intercoms, lights, blinds). 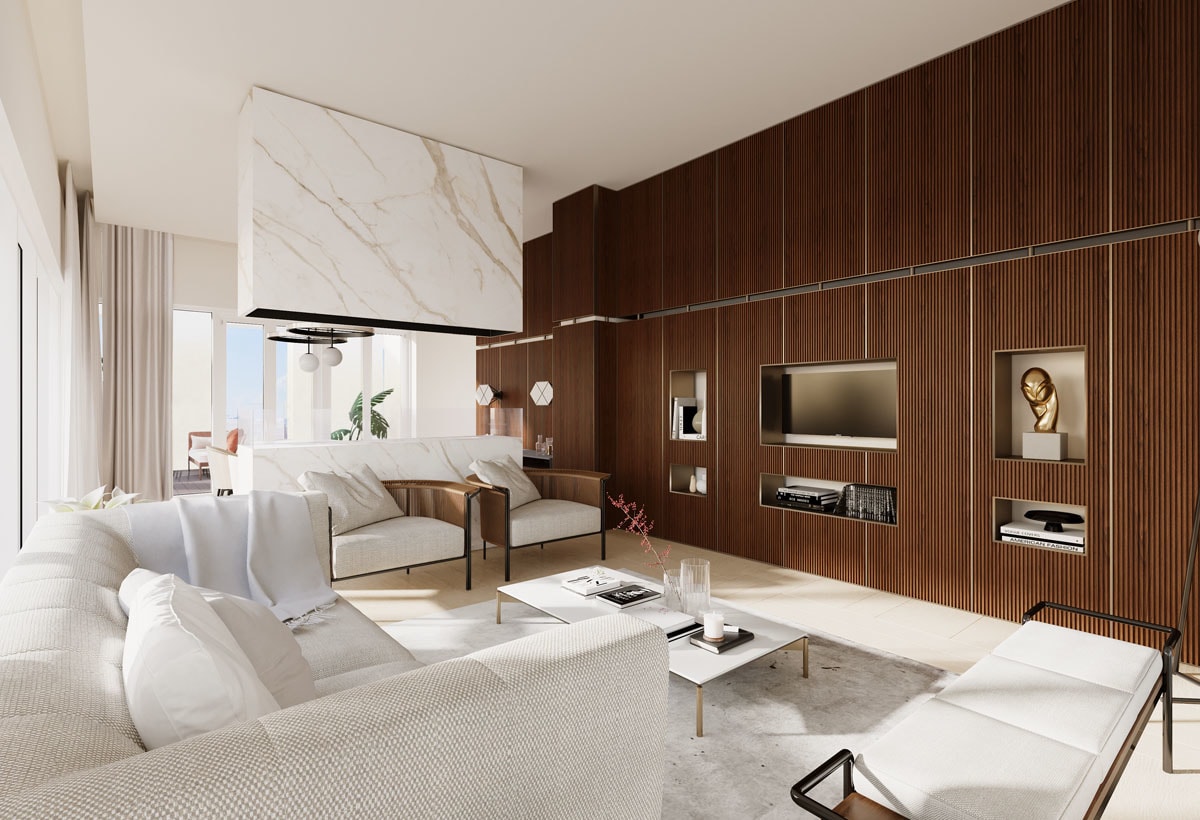 The ‘Milanese spirit’ of the tower also involves an accent on interior design, which can be done in partnership with Milano Contract District, the design platform that offers access to turnkey service, relying on the finest brands in the sector – Ernestomeda for the kitchens, Gessi for the bathrooms, Lualdi for the doors, Flos for the lighting, Lema for the wardrobes, just to name a few.