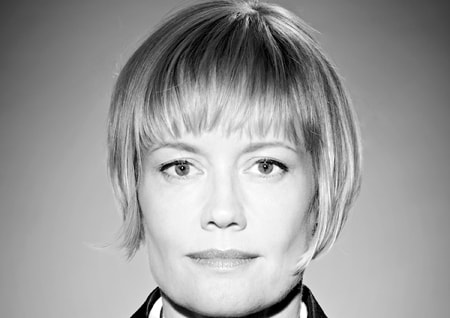 Alison Brooks, founder and creative director of Alison Brooks Architects London, is known as one of the most interesting architects of her generation. Since establishing ABA in 1996 her work has attracted international acclaim for its conceptual rigor and formal language. Born in Ontario, Canada in 1962, she moved to London in 1988 after graduating with a B.E.S. and B.Arch from the University of Waterloo.

Her practice’s work has been founded on research into the specific social, cultural and physical context of each brief, interpreted to respond directly to client needs while placing it within a broader cultural framework.

This approach has produced an architecture of distinct identity, sensitivity to its users and relevance to its place. Recently indicated by the Sunday Times as one of Britain’s 500 Most Influential people, Alison is the only UK architect to have won all three of the UK’s most prestigious awards for architecture Brooks: the Stephen Lawrence Prize, the Manser Medal and the 2008 RIBA Stirling Prize.

With early private houses published worldwide and featured in the Phaidon Atlas of Contemporary Architecture, the practice is now undertaking arts, education, residential and urban projects across the UK and Europe. Her largest civic commission to date is a full academic and residential Quadrangle for Exeter College, Oxford. Currently under construction, this will be the first Oxford College to be designed by a woman architect.