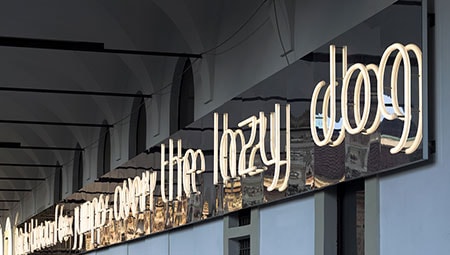 BIG – Bjarke Ingels Group is a Copenhagen, New York and London based group of architects, designers, builders and thinkers operating within the fields of architecture, urbanism, interior design, landscape design, product design, research and development. The office is currently involved in a large number of projects throughout Europe, North America, Asia and the Middle East. Among its most recent works, still under development, it is worth noting the Nuuk Stadium in Greenland, covered by a large dome; the Hyperloop One superfast transportation system in Dubai; the multifunctional complex 670 Mesquit in Los Angeles with 250 apartments and 75,000 sqm of offices; the HFZ The Eleventh twisted towers and the residential complex shaped like a tetrahedron in VIA 57 West, both on Manhattan’s west side. In February 2017, BIG was announced as the winner of the competition to design the new home of Sanpellegrino in San Pellegrino Terme, Bergamo. The partners in the NYC office are Kai-Uwe Bergmann and Thomas Christoffersen.

The title of the installation is a pangram, or a plausibly meaningful phrase that contains all the letters of the alphabet. It becomes the pretext for the Danish studio BIG Bjarke Ingels Group to intervene in a light, non-aggressive way in the Loggiato Est, significantly transforming its perception. The phrase, taken out of context and inserted in a historic work of architecture, takes on a surreal and intriguing tone. The pangram is like a presence of light in space, whose ethereal character forms a contrast with the material substance of the historic building. The installation makes use of Alphabet of Light, a system of lights designed by BIG for Artemide. It is a language of light that with just two pieces permits creation of all the letters of the alphabet in a new font. For this project, BIG had two sources of inspiration from Denmark: the so-called systematic creativity of Lego, combining logic and fantasy, and the additive theory of the additive theory of the architect Jørn Utzon, who built a wide range of different works using just a few formal elements.

Carlotta de Bevilacqua Vice President and Ceo Artemide
An entrepreneur, architect, designer, and teacher, Carlotta de Bevilacqua is one of the main representatives of   main representatives of design and of the modern business vision. With a degree in Architecture achieved in 1983 at the Milan Polytechnic, she is the Vice President of the Artemide Group. An experienced designer, she carries out in-depth research in the field of light. She designed lots of products for Artemide and Danese, which were acknowledged with invention patents and awards. In the lighting sector she introduced innovative technological perspectives and unprecedented scenarios characterizing the sensory experience and the interaction between communication and information (IoT), while exploring the new frontiers of research on photonics. A vegetarian and an animal-rights activist, her mindset is a blend of humanism and science, aimed at a social and innovative enterprise 4.0.