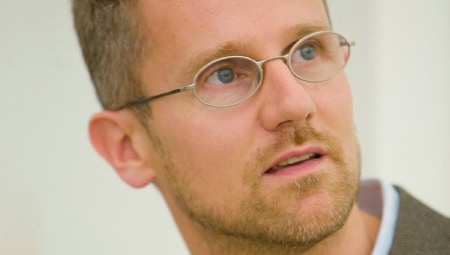 An architect and engineer by training, Carlo Ratti practices in Italy and teaches at the MIT, where he directs the Senseable City Lab, a research group that explores how new technologies are changing the way we understand, design and ultimately live in cities.

He is also a founding partner of the international design office Carlo Ratti Associati, which he established in 2004 in Torino, Italy. Ratti has co-authored over 250 publications and holds several patents. His work has been exhibited in several venues worldwide, including the Venice Biennale, MoMA in New York City and MAXXI in Rome.

The increasing deployment of sensors and hand-held electronics in recent years is allowing a new approach to the study of the built environment. The way we describe and understand cities is being radically transformed – alongside the tools we use to design them and impact on their physical structure. The contribution from prof. Carlo Ratti will address these issues from a critical point of view through projects by the Senseable City Laboratory, a research initiative at the Massachusetts Institute of Technology, and the design office Carlo Ratti Associati.