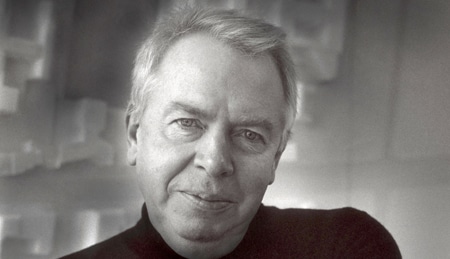 He has taught and lectured worldwide at schools of architecture in Austria, Italy, Switzerland, the United Kingdom, and the United States. In 2012 Chipperfield curated the 13th International Architecture Exhibition of the Venice Biennale. In 2014 he was appointed Artistic Director of the historic Italian furnishings firm Driade.

Drawing on his extensive experience, Sir David Chipperfield discusses his approach to museum design, the importance of a sense of place and deep understanding of the balance between the cultural meaning and the technical performance of the building, in a conversation with Kate Goodwin, Head of Architecture and Heinz Curator at the Royal Academy of Arts.

From the Royal Academy in London to New York’s Metropolitan Museum, Museo Jumex in Mexico City to Berlin’s Neues Museum and Marbach’s Museum of Modern Literature, Sir David will describe architecture solutions that underline the identity of institutions and that of their cities, the ideas and values behind the creation of complex projects that become part of our cultural heritage.