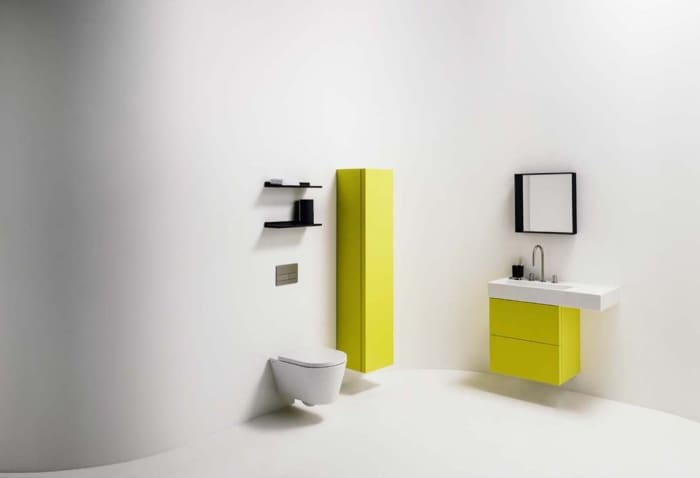 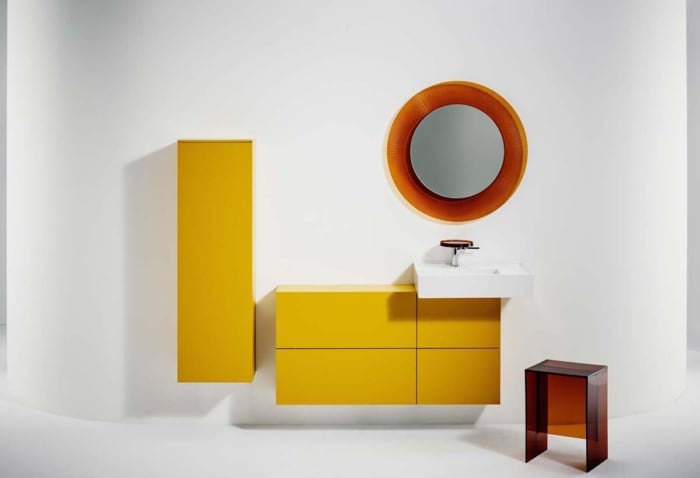 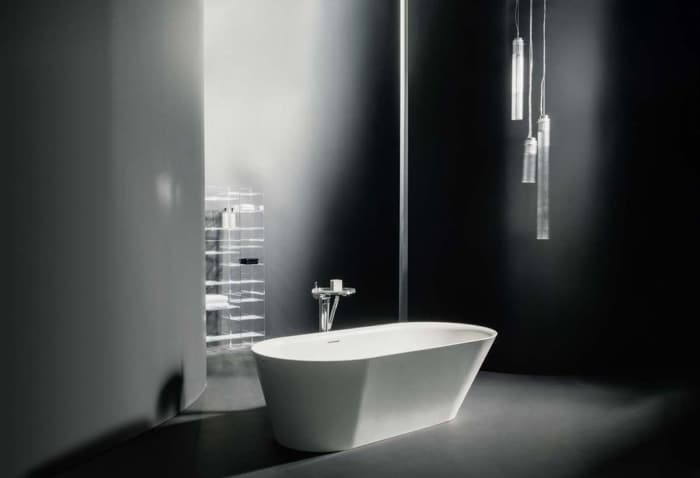 BRAND Kartell by Laufen
DESIGNER
It is a happy partnership between Laufen and Kartell, two international brands that together aim to rebuild the very idea of space to fit the new habits of living. For a house with the transforming and nomadic quality of contemporary life they define an atypical collection: the modular and flexible bathroom. Thanks to an out-of-the-ordinary compositional flexibility, where the materials allow unexpected virtuosity on the thicknesses and corners of the sanitary ware, Laufen tries to unhinge, at least visually, the usual image of bathroom fixtures always thought as systems that relate to architecture. Instead, they become an ideal counterpoint to the Sound-Rack containers and drawer units that introduce an idea of contemporaneity and compositional freedom typical of Kartell’s visual and design heritage. It is about going beyond the boundaries of the functionality of the bathroom as a service place, to embrace the idea of a space that expresses its personality through a series of eclectic elements. A project that suggests simplicity and essentiality, where lightness seems to be the key word.
Lightness in the chromatic choices, proposed in blocks of compact pastel tones that define the environment with linear geometric shapes. The 2021 catalogue expands with ochre, mustard yellow and blue-gray colors to be freely combined for a bathroom that is easy to decompose and reassemble in infinite variations. Kartell by Laufen is complete and integrated bath project. It is composed not only of bathroom fixtures, washbasins, faucets, shower trays and bathtubs – fixed and essential elements – but also of furniture and furnishing accessories, thanks to which the scenario can change continuously. A continuous evolution, which works on the updating of colors and textures, but also on the finishes of materials. The taps and faucets play an important role within the collection with a formal reflection that focuses on the balance of rigor and elegance of the lines and joints in ideal contrast with the simplicity of the large and essential bathroom fixtures.
And lightness also in transparency. An unusual and sophisticated choice that denotes a contemporary perception of the accessories and wall units. The accessories dialogue and integrate perfectly with the ceramics and containers bringing a touch of delicacy to the bathroom, thanks to the transparency of the various modular elements.
SEE ON OUR
SOCIAL MEDIA