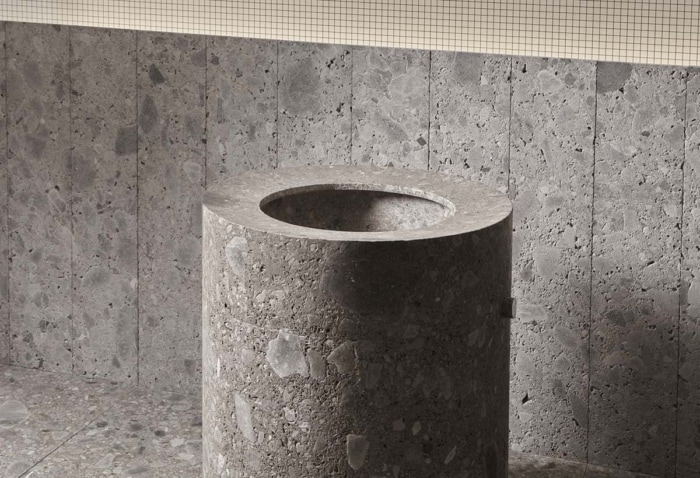 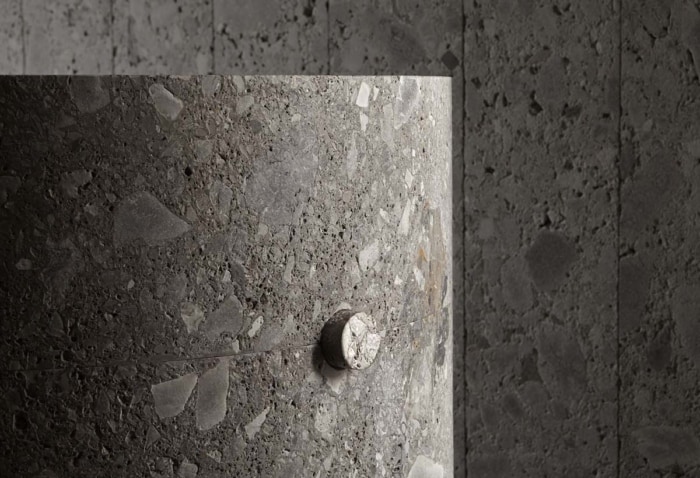 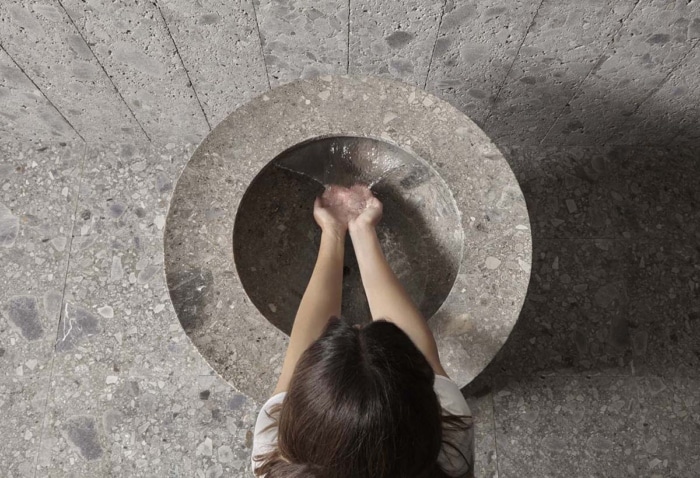 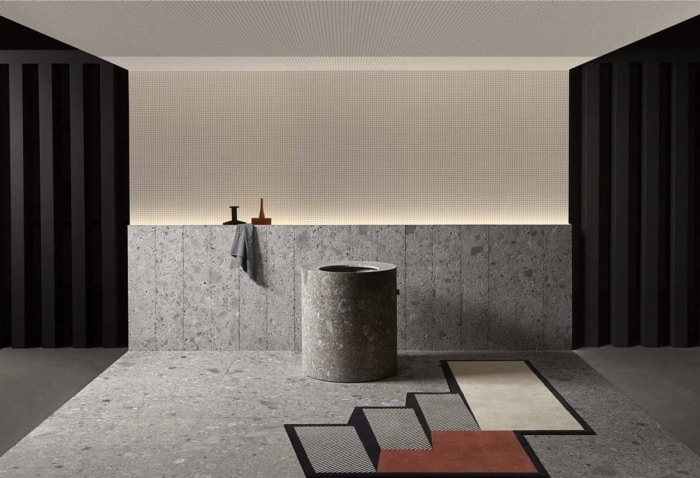 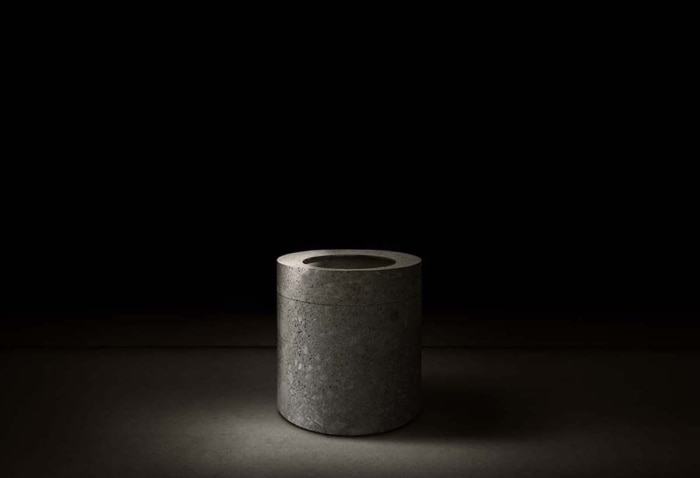 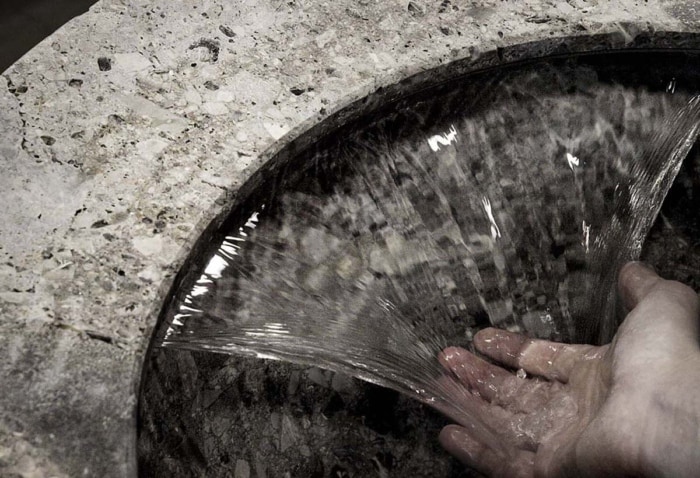 BRAND Antoniolupi
DESIGNER Giorgio Rava
Anima Liquida, freestanding washbasin designed by Giorgio Rava for Antoniolupi, is a real sculpture made entirely of natural stone with the retractable tap that becomes a cylindrical control, also in stone. The result is a primordial column which, through the extreme simplicity of the forms, restores the water to its natural path and reveals once again the complexity of its role in the universe.
For this project a gray stone with a strong architectural use in the Lombardy area was chosen: the Ceppo di Gré, used in block, is a fascinating material, in which it reverberates the echo of the of the Bergamo area high ground in which it is extracted and of the waters of Lake Iseo into which it sinks. A rugged and changeable stone, but at the same time elegant and sophisticated, through which to rediscover the strength of the living rock, of the mountain and its ‘liquid soul’.
The designer invites a deep reflection by pushing contemporary man to rediscover the importance of water as a precious gift that must be protected and preserved. Seeing it gush out as if it came directly from the rock represents a return to the origins that helps to become aware of its impact on the world. The ritual of the daily bath has an ancestral value that must lead to respect for a primary good to be preserved and absolutely not to be wasted.
altro...