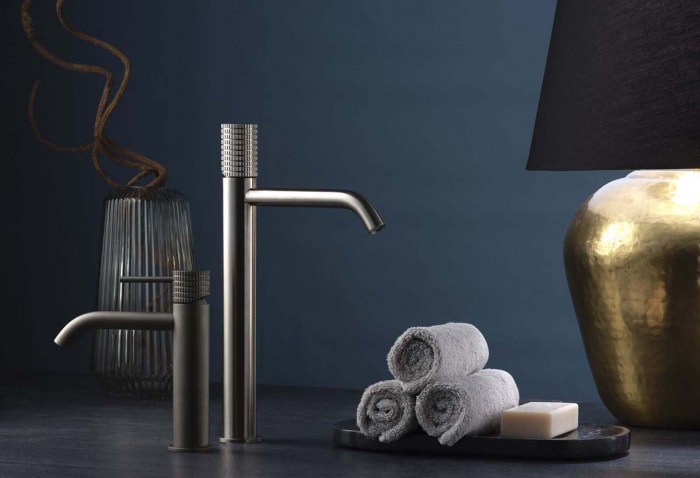 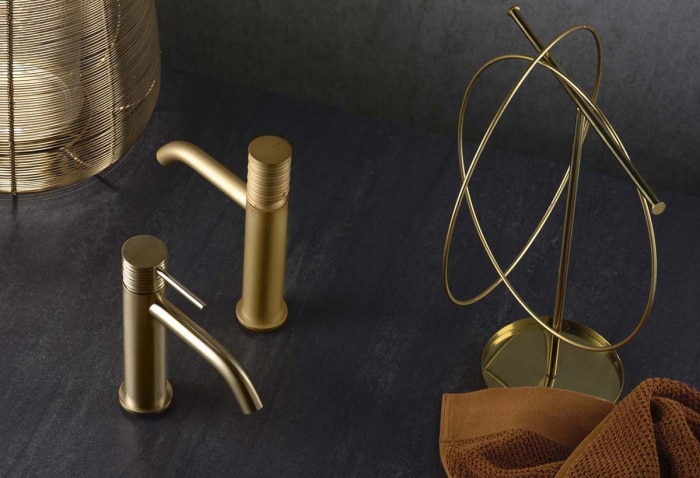 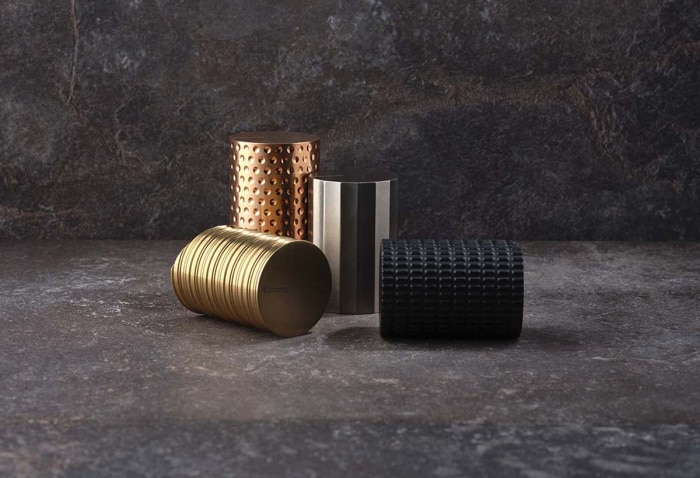 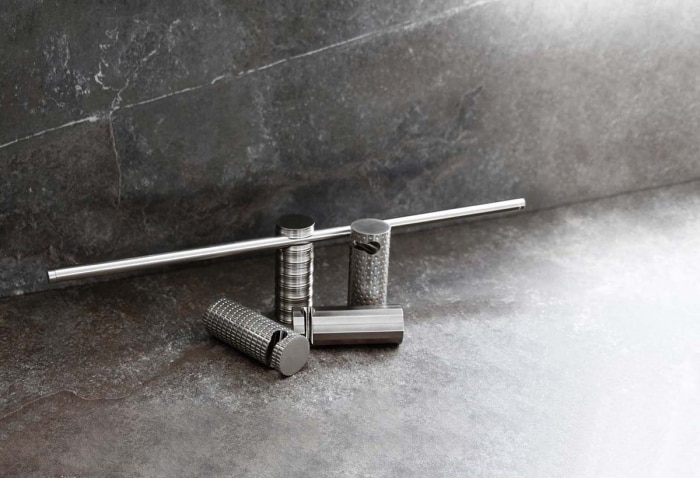 BRAND Ritmonio
DESIGNER Project office
The new Impronte collection by Ritmonio was created for the maximum personalization of the bathroom which guarantees a distinctive sign capable of giving expression to the most diverse styles and instilling a marked identity to the environment. The company’s research lands with this project to three-dimensional textures, giving shape to a collection that consists of four exclusive imprints to reinterpret the products with originality. Prisma, Tratto, Rigo and Punto give a new material and tactile dimension to the control of the mixer, proposed with or without lever, which becomes the absolute protagonist of the bathroom, thanks to unique style details.
Impronte is part of the iconic Diametro35 series, an emblem of Made in Italy that for more than two decades has assumed a prestigious role in the world of design fittings, decreeing the company’s international success. Diametro35 does not consist of a single creation but is part of an ambitious expansion project, which has led to an increasingly diversified and competitive offer. In short, an icon that continues to be enriched in new variations. Since 1999, the year of its launch, it has never stopped evolving from the point of view of materials and intended uses: over time, in fact, the Inox version, the Concrete version with a concrete control and the Kitchen series, based on the same criteria of ergonomics and formal cleanliness that have represented the success of this product, have been introduced.
The current range expansion aims to give a new identity to an already well-known series by focusing on customization. Diametro35 Impronte allows a choice of four different textures to enrich the mixer control. The same command is proposed in sixteen different finishes, to be chosen in combination or in contrast with the body of the tap. Diametro35 Impronte are also available for the Elementa for Diametro35 Impronte accessories and for the Diametro35 Wellness Impronte shower-head line.
A customization concept involving all elements to create a bathroom space fully in tune with the tastes of designers and end users.