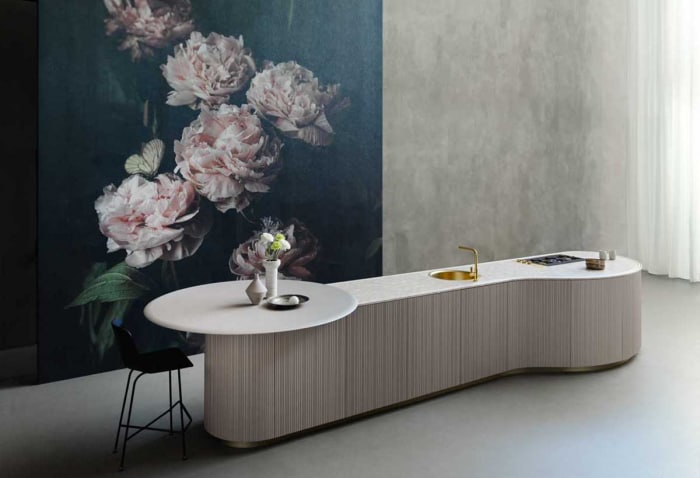 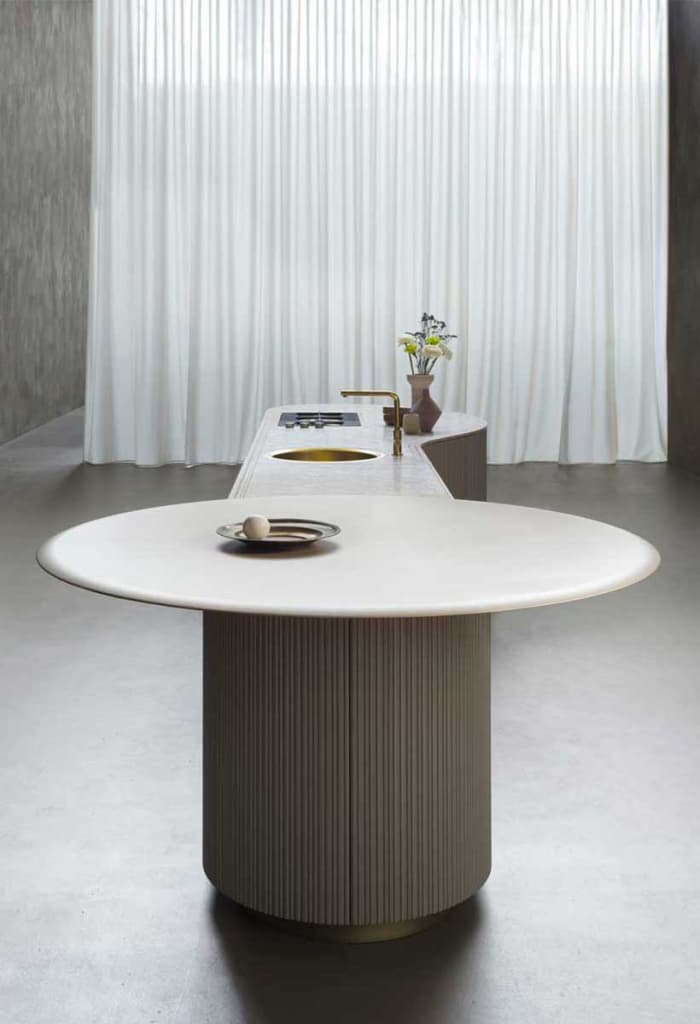 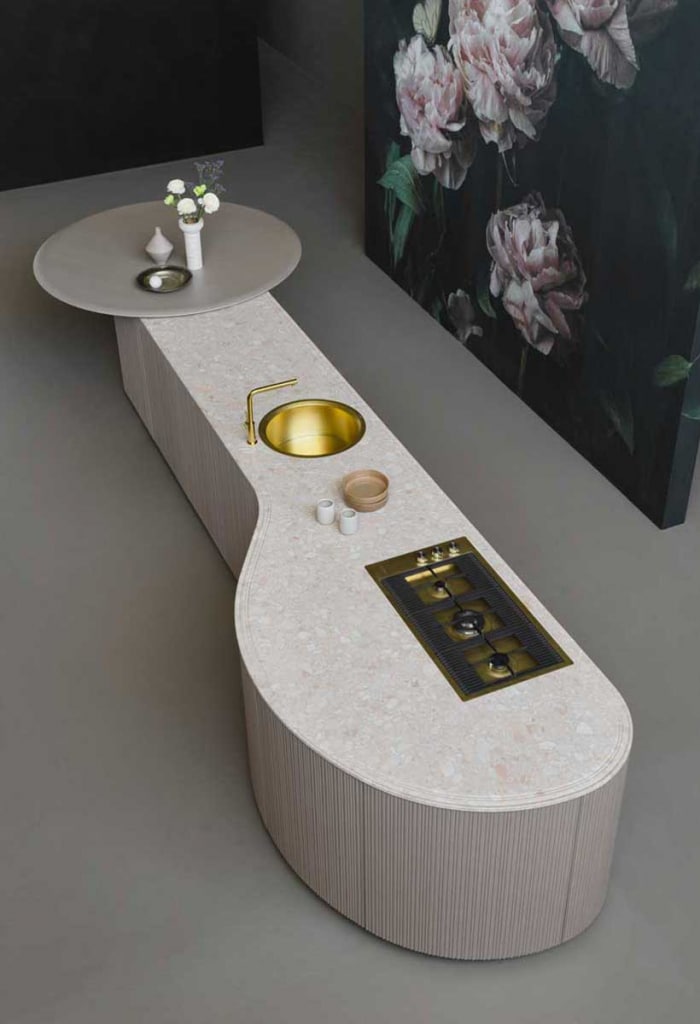 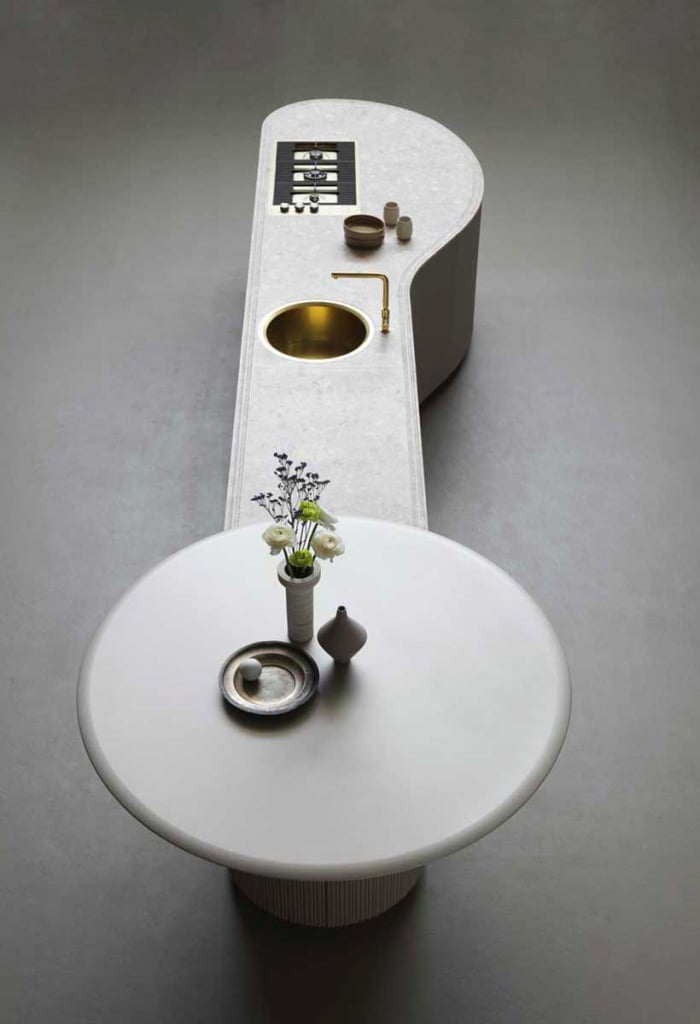 BRAND Cesar
DESIGNER Garcia Cumini
The Tangram project gives prominence to curves and their infinite possible combinations. Inspired by the ancient Chinese game of geometric shapes that can be combined with one another to create endless figures, Cesar’s product echoes modular logic while avoiding linearity and introducing a new concept of sinuosity to kitchen design. Adapting to various needs, its eccentric shapes aren’t made up of simple semicircles or portions of circles, but rather follow a soft and variable radius. Tangram is made of five curved elements that can be combined with straight elements at will, to build kitchen islands with unusual shapes, compositions set against the wall, or even solutions that wrap around corners.