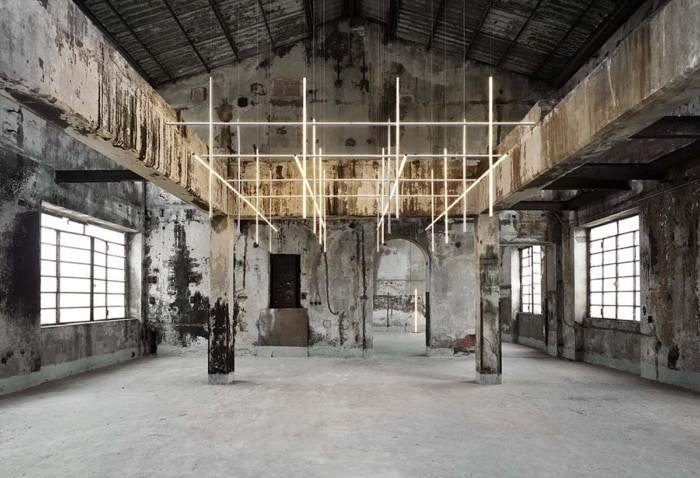 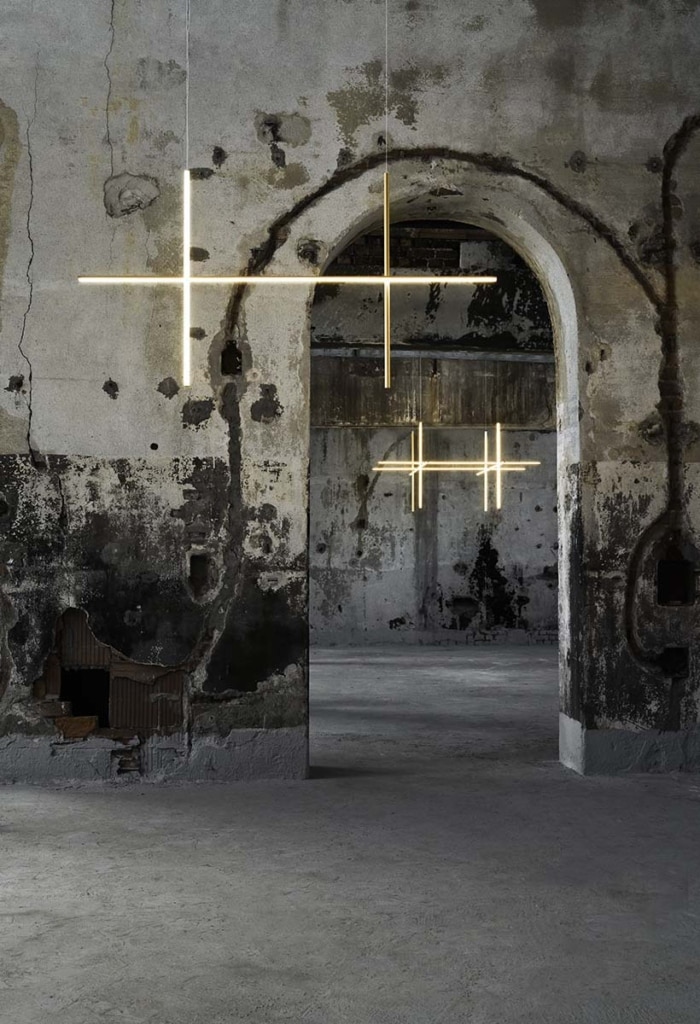 BRAND Flos
DESIGNER Michael Anastassiades
Summa of Anastassiades-thought, Coordinates is the interlocking of two linear LED luminaires, suspended in space. The Cartesian plane, usually used for the visual representation of mathematical formulas, for Michael Anastassiades becomes an interesting landscape on which to build, as in a three-dimensional grid, one’s own lighting project which is technically based on an invisible electrical and mechanical coupling system around which revolves all the compositional possibilities of a rigorous and minimal collection with great visual and aesthetic impact.
Each strip light is made from extruded aluminium with a sophisticated anodised champagne finish, an opal-white platinic silicone diffuser and an integrated LED. Coordinates comes in a broad array of set configurations, including three ceiling-mounted luminaires, available in two lengths to suit both standard and high ceilings and four suspended chandeliers of different sizes. The collection also features a repeatable module that can be suspended or ceiling-mounted, ideally suited to impressive, large-scale installations. The brightness adjustment of the suspension models is integrated in the canopy and allows the choice of different dimerization systems. The range includes a floor lamp model featuring a simple round base and two vertical and parallel lighting bars. The collection is extended this year to include two elegant wall models which reconfigure the same geometric elements – segments and circle – on the design of the applique.
Coordinates is now an organic system, probably destined to become iconic, a series capable of making manifest the spirit of this complex and disturbing time. To simplify, it can be said that the project is part of an urban aesthetic. But that’s not enough, things are more complicated. In this project there is the desire to put something more important at stake. After all Coordinates seems like a question, like so many works by the Cypriot designer. The answer is in the search for meanings.
SEE ON OUR
SOCIAL MEDIA