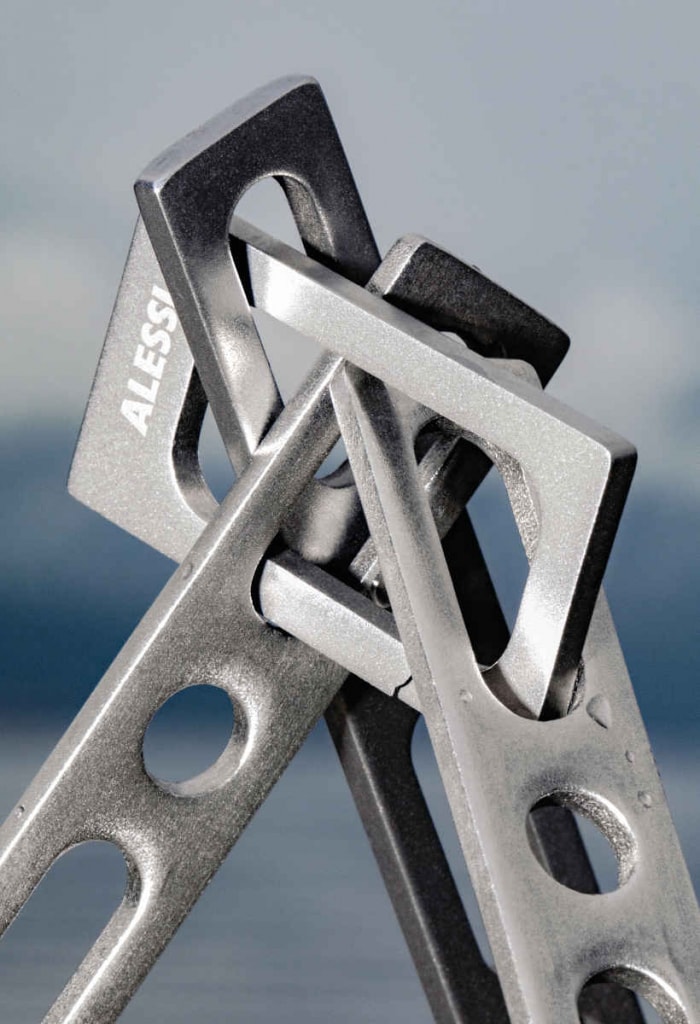 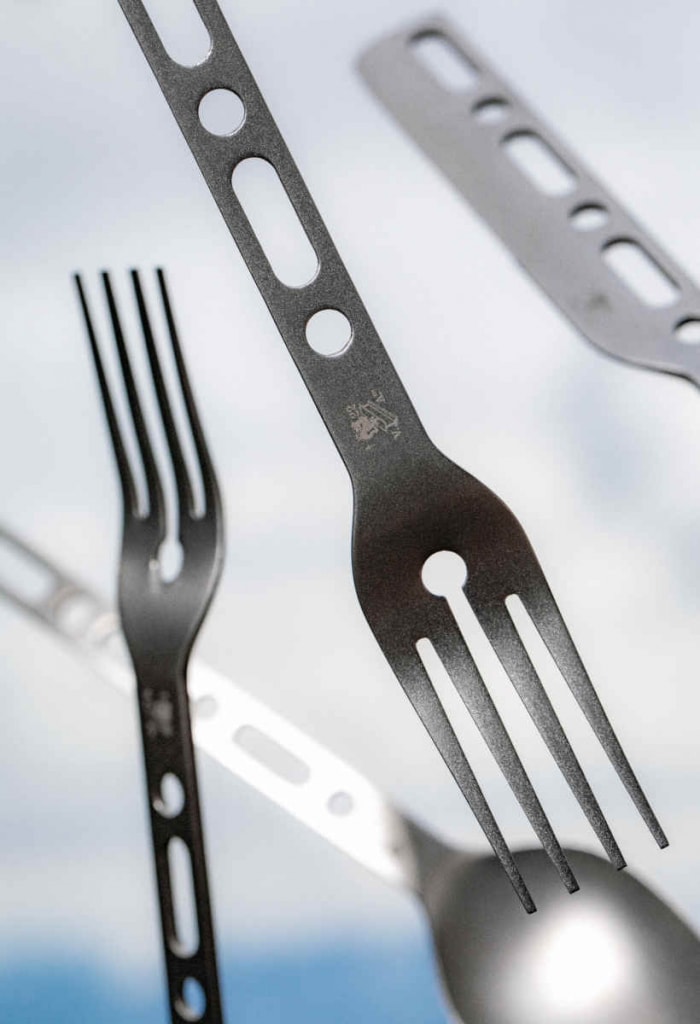 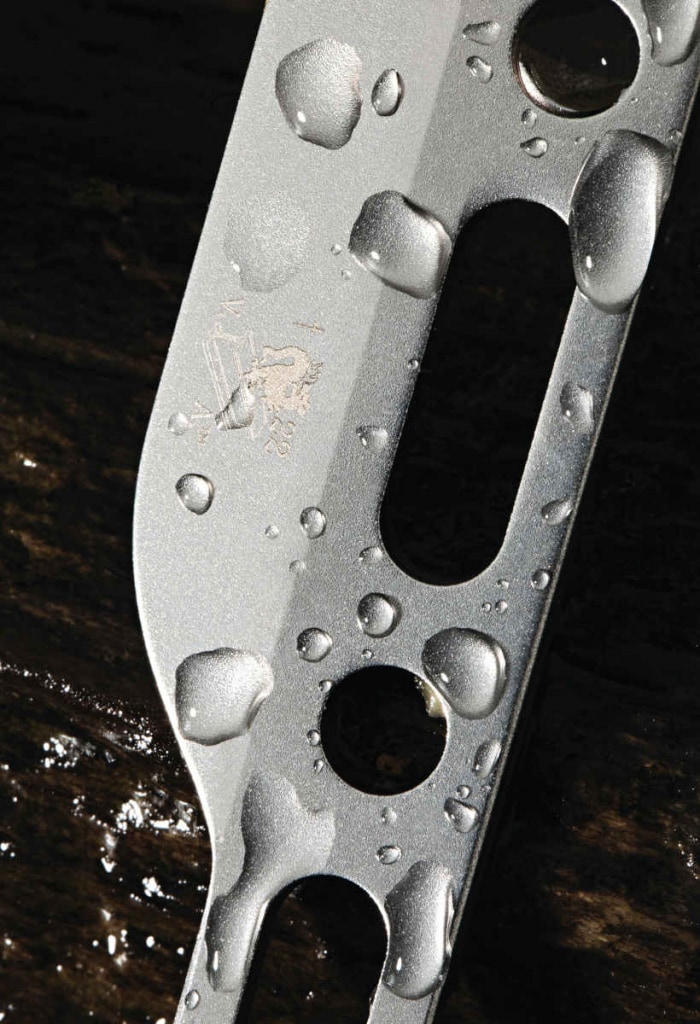 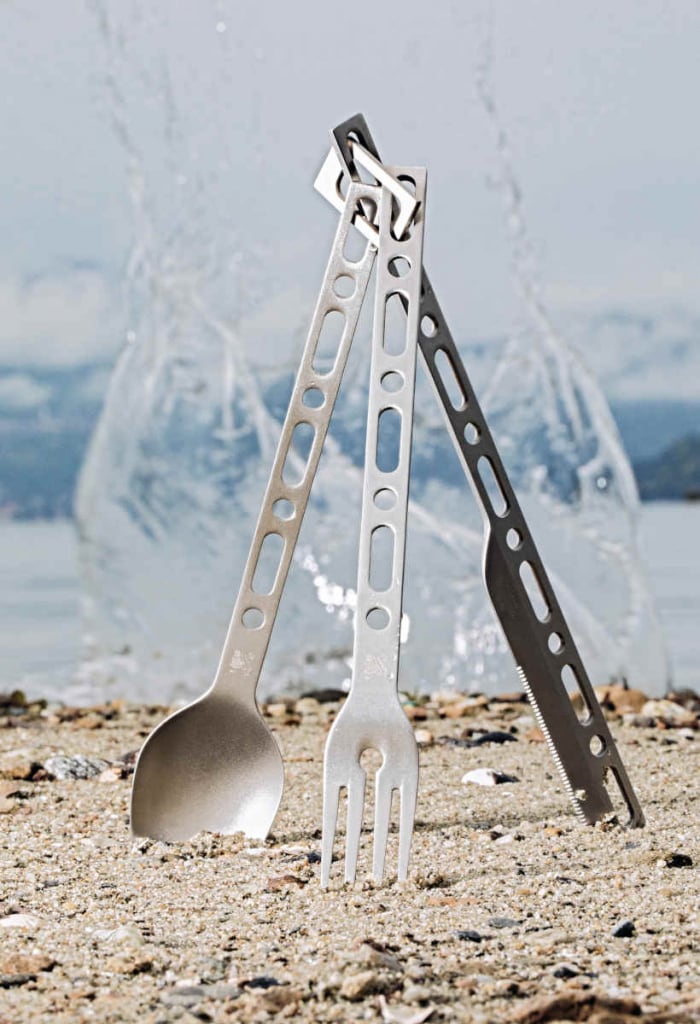 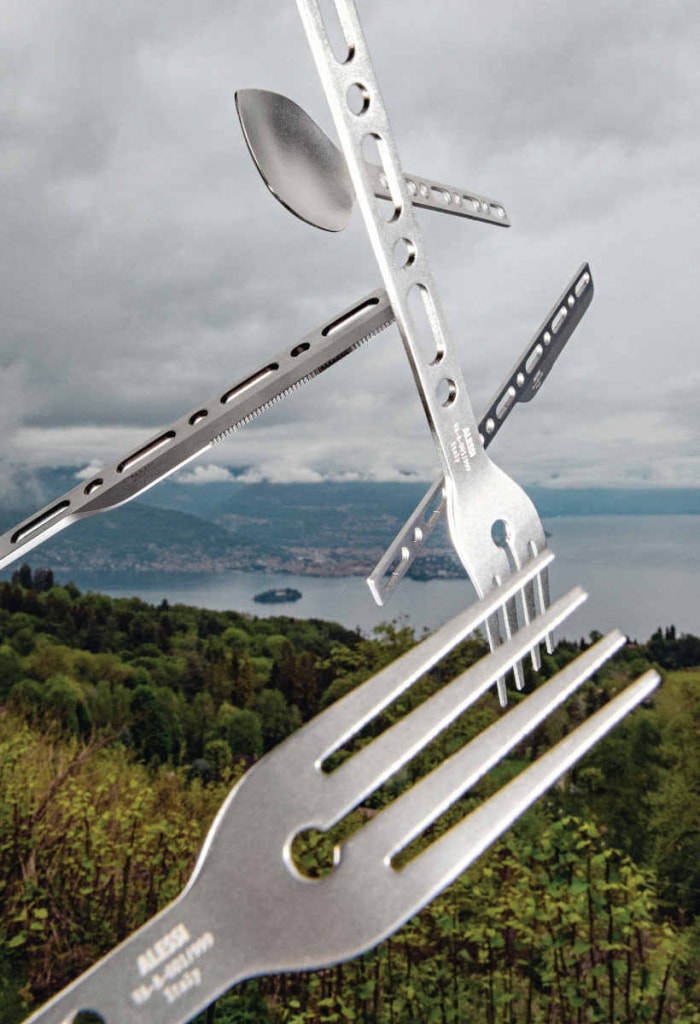 BRAND Alessi
DESIGNER Virgil Abloh
To celebrate its first 100 years of activity and the beginning of a new century of experimentation, Alessi presents Occasional Object, a new take on cutlery designed by Virgil Abloh. An unusual set of cutlery with geometric lines, created in collaboration with fashion designer and his London studio Alaska Alaska. Made in Italy and produced in stainless steel, it comprises a knife, fork, spoon and a special carabiner to fasten all three together, either in the context of a new way of setting the table, or as to offer them as an indispensable accessory to carry with you at all times. The cutlery traditionally associated with the formality of place settings and a seated experience have thus been reanimated as objects that can be freed from convention.