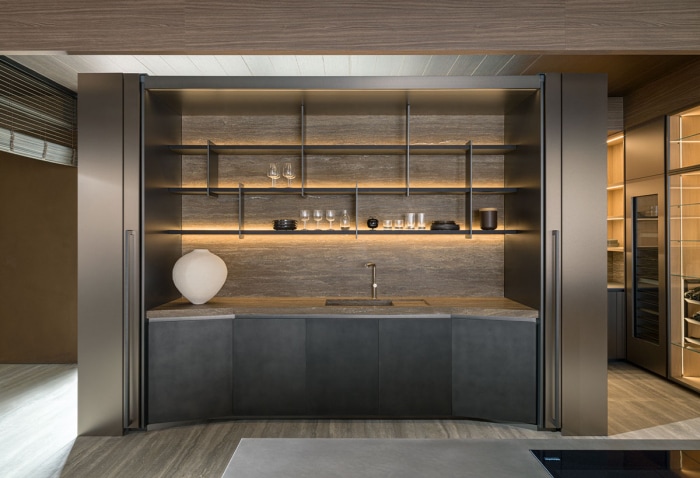 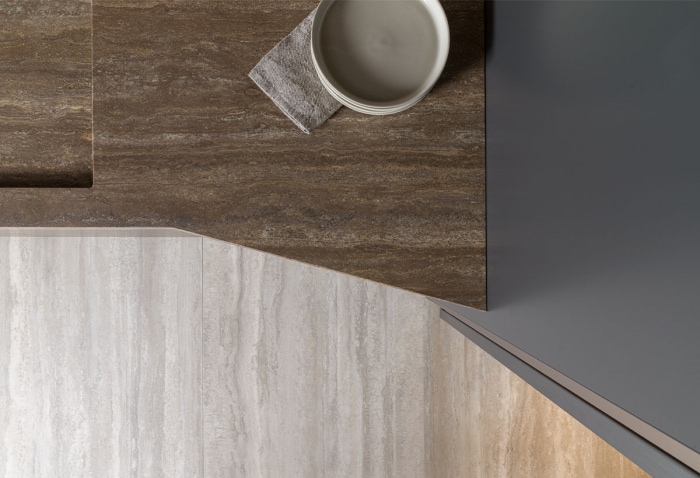 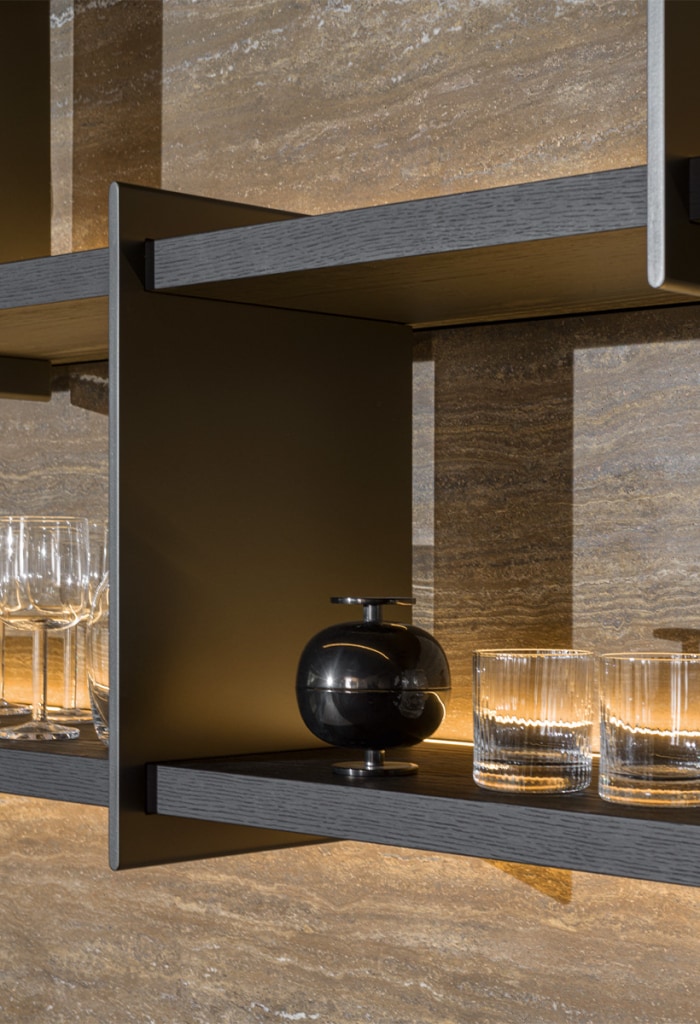 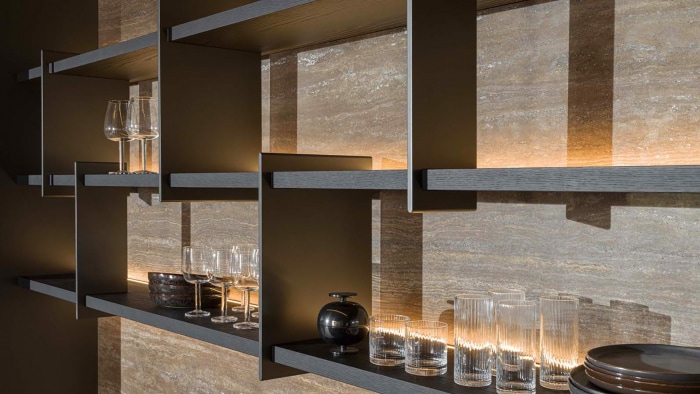 BRAND Dada
DESIGNER Yabu Pushelberg
Tivalì, the built-in kitchen for all spaces designed by Dante Bonuccelli in 2004 is interpreted in a new project for Dada by Yabu Pushelberg, where technology and design come together to give rise to a perfect proposal. The concept behind the design was to have a kitchen, within a linear space of between 2.40 and 3 meters, where the scenographic element prevails and the kitchen reaches its highest expression, rather like the performance of an actor on stage. As on all theatrical stages, the curtain conceals the scene, revealed only in the presence of the actors, and thus Tivalì 2.0 by Yabu Pushelberg appears as a large closed kitchen range which at first does not reveal its precious contents.