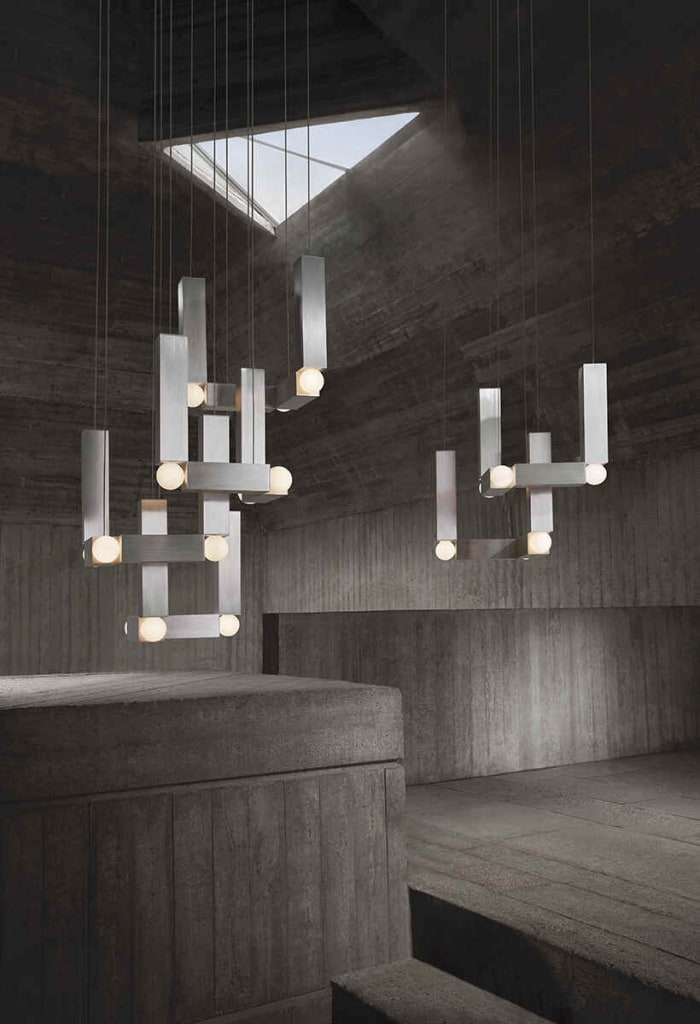 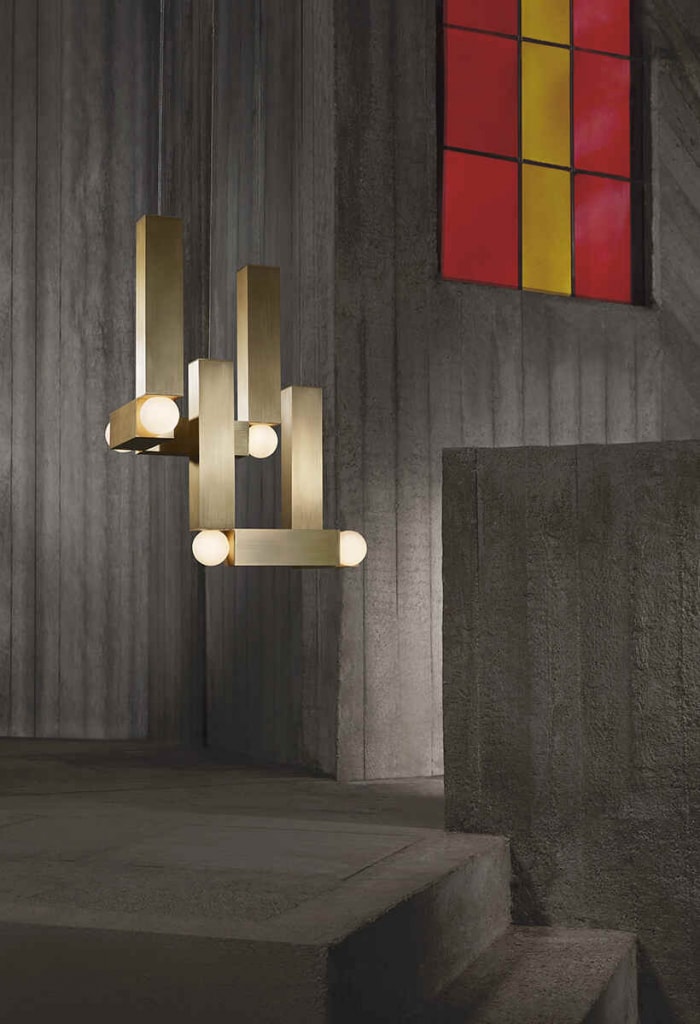 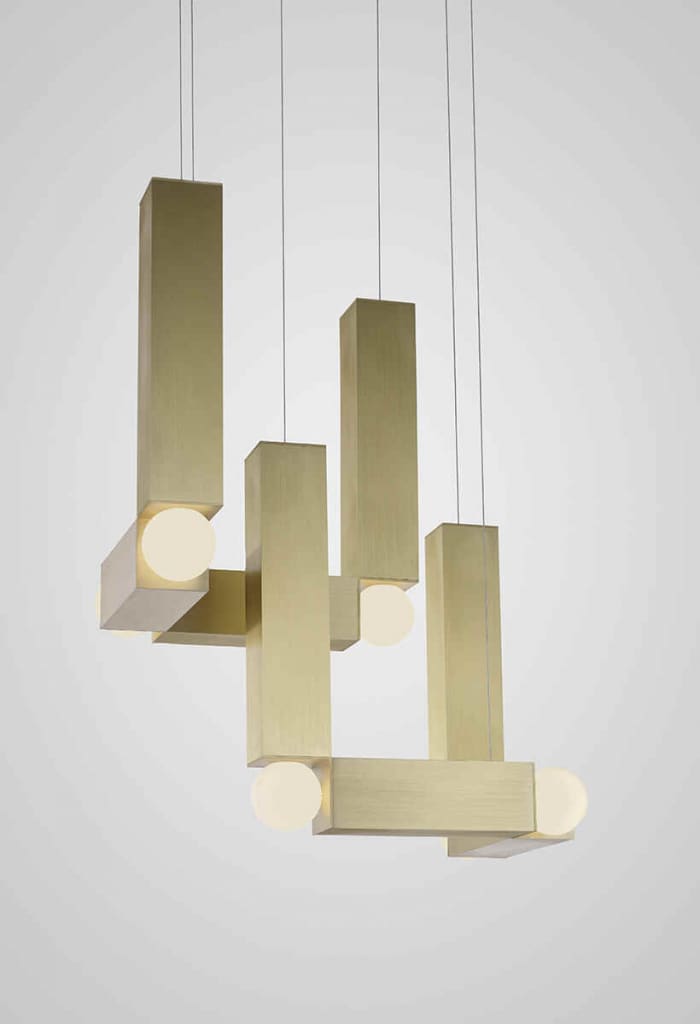 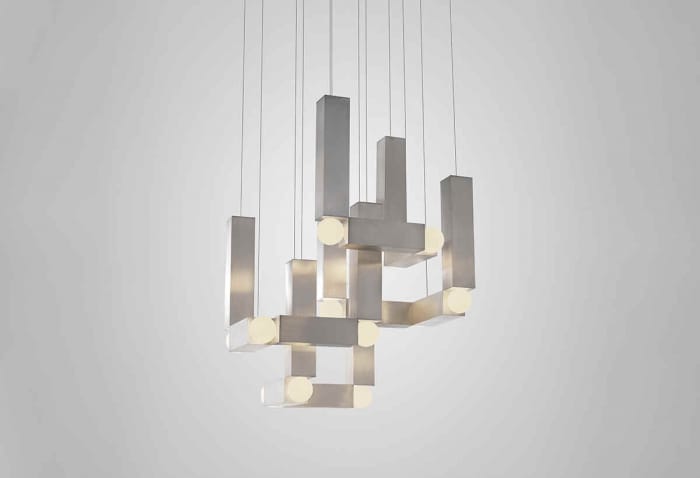 BRAND Lee Broom
DESIGNER
Part of the exhibition Divine Inspiration with which British designer Lee Broom celebrates the 15th anniversary of his brand, Vesper is inspired by the simple geometric lines of Brutalism and the lighting of Modernist cathedrals. This collection stems from Broom's research into the world of brutalist architecture, which surrounded the designer as he grew up and led him to explore the monumental language associated with religious architecture. Formed with extruded aluminum, Vesper explores the delicate balance and interconnection of its rectangular cubes that seamlessly connected by illuminated spheres. The light sculpture, which is suspended by cables, is shown in both duo and quattro versions in anodized brushed silver and brushed gold.