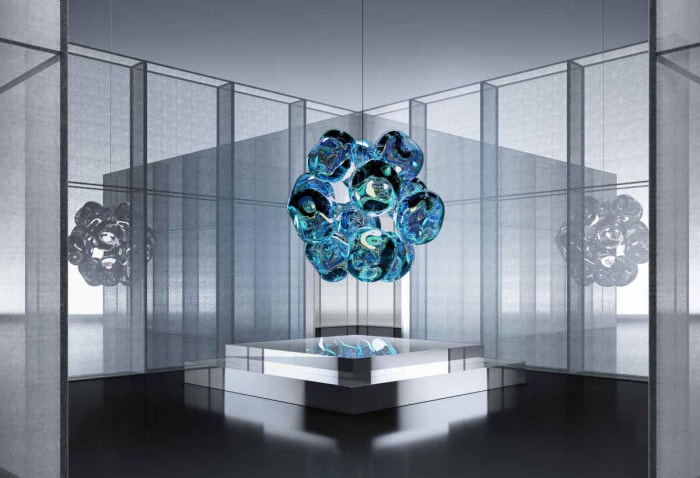 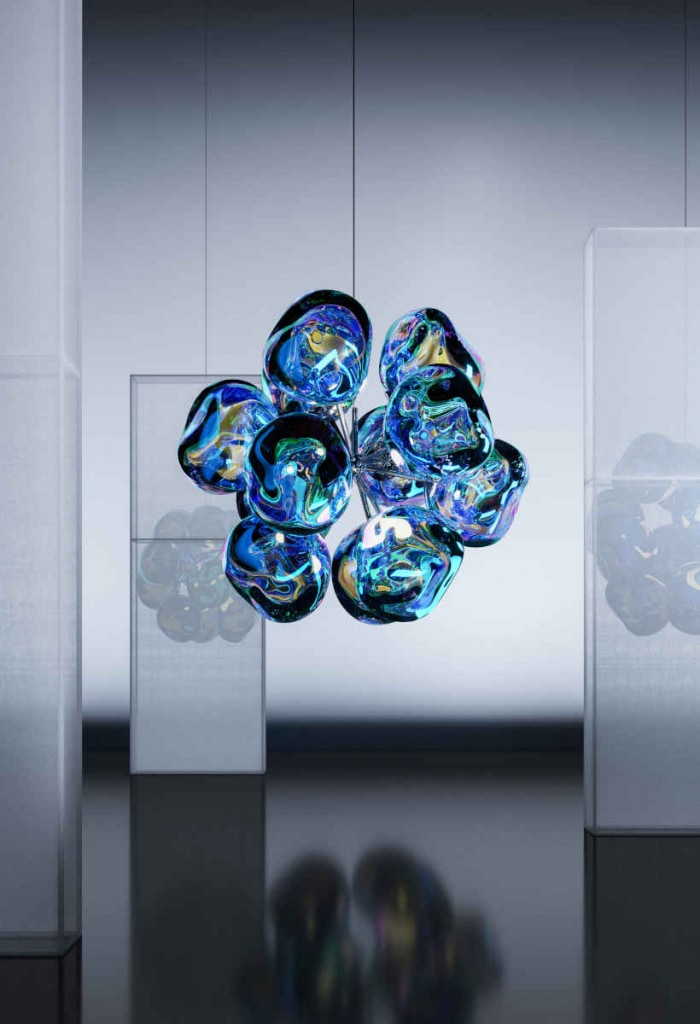 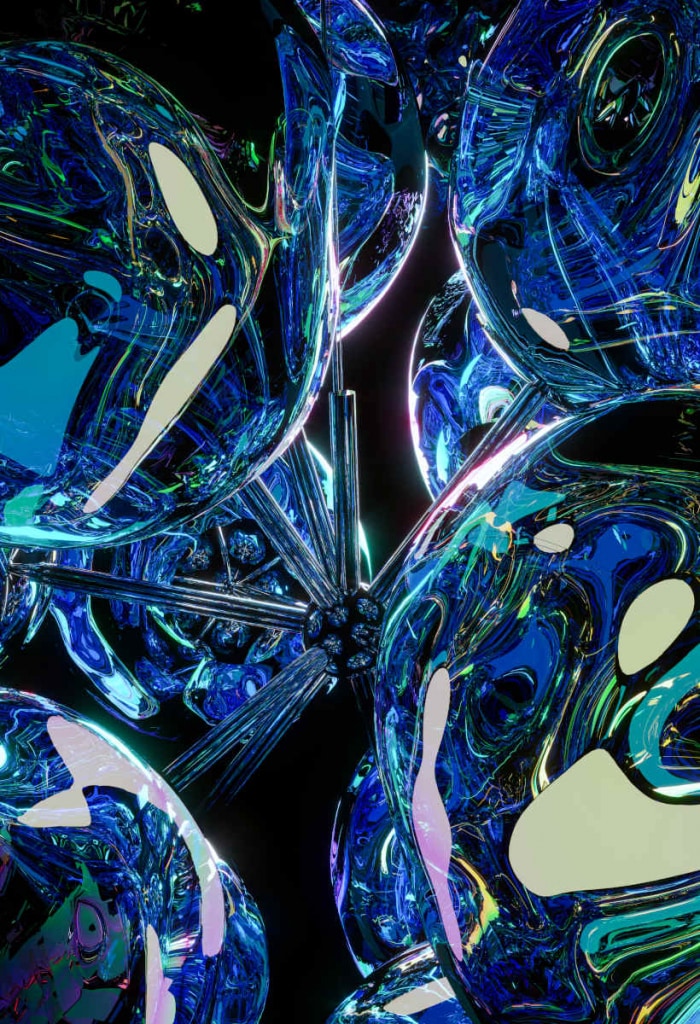 Tom Dixon launches MELT Filter Dichroic Chandelier. Ther designer explains: “When we looked at updating MELT – our most successful light, rather than offering a new shape, a new size, or a new colour, we decided to instead filter the light with a dichroic filter. The effect of the coated component is to channel the light of our powerful LED driver into constituent parts of the spectrum, giving the already crazed internal reflection an additional chromatic boost and an unexpected space age aesthetic to this otherworldly lamp. We’ve all seen dichroic effects – maybe on cheap novelty sunglasses in Camden Market or on the surface of early roman glass in the British Museum: it’s a finish that has always fascinated me. The emergence of Modern Dichroic thin film filters, which split white light into its component colours is the work of the engine of extreme innovation, NASA”.