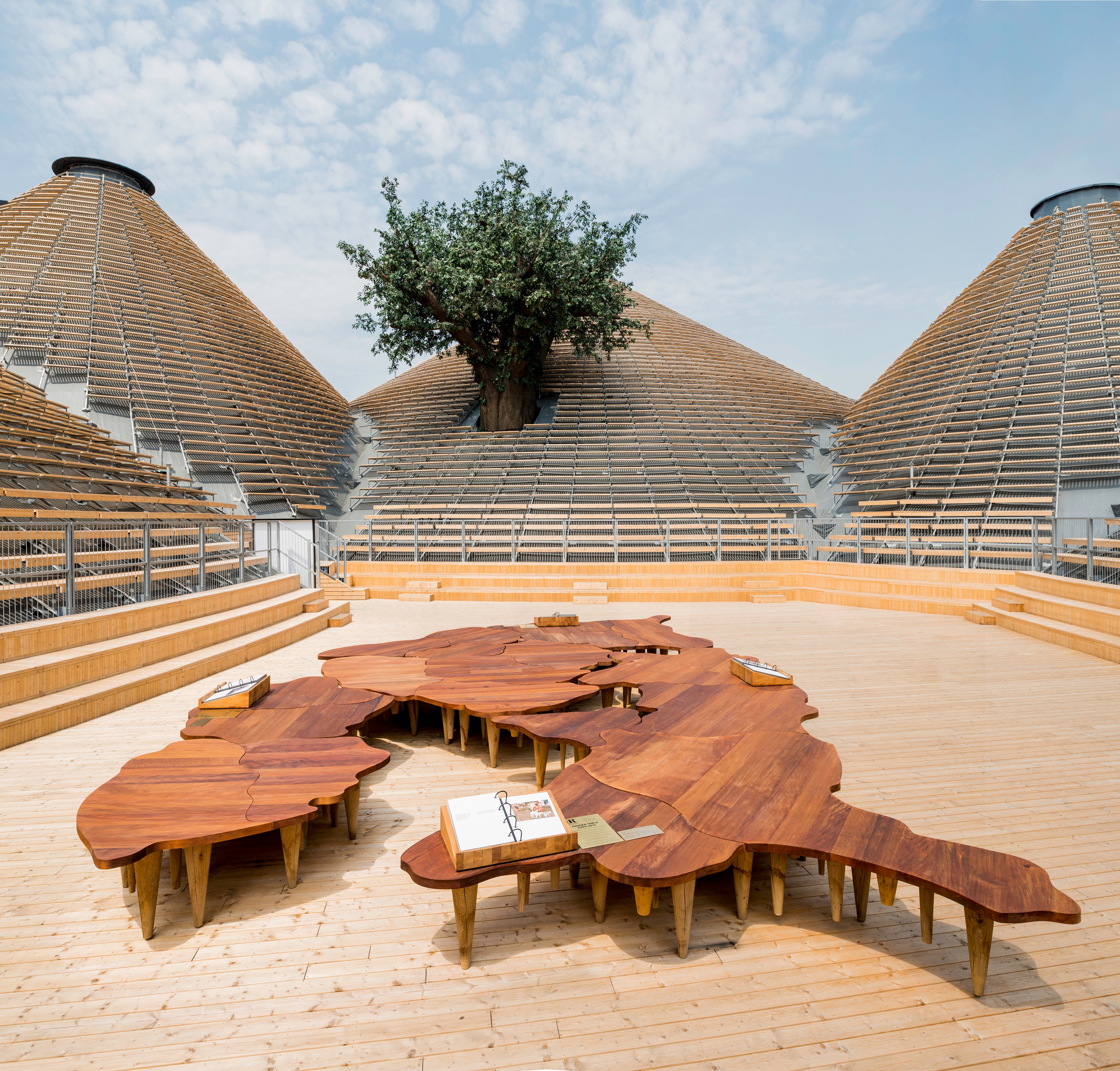 In the beginning there was Expo, with Pangea, the supercontinent that once incorporated all the dry land of the Earth…

Davide Rampello remembers, as the orchestrator of the grand narrative of Padiglione Zero, the symbolic gate to the Expo, an architecture without front and back, that becomes a landscape with its hilly roof, an iconic “completed form of representation of nature under the earth’s crust,” as Michele De Lucchi puts it.

From the cave, the first refuge of man in his adventure in search of food, trying to interpret the shadows of reality, to the peasant culture that sows seeds and tames animals, to the industrial culture of machines and the global piazza 2.0 of speculation and squandering of precious resources, the diorama of the table theater of the world, the symbolic embrace of 80 m2 of a new Pangea in kaori wood taken from swamps in New Zealand, in a work produced and donated by Maurizio Riva/Riva 1920, takes us back.

Precisely to that archetypal memory. To remind us, as Rampello explains, of “The memory we are losing, together with the capacity to decipher reality and to imagine the construction of a better world: we produce 30% more than what we need for 7 billion persons, with the result that almost 900 million human beings die of hunger every year, while 1.5 billion people are obese.” Feeding the Planet, Energy for Life.

In the wooden architecture of Padiglione Zero, designed by Michele De Lucchi, view of Pangea, the table-theater of the world, in kaori wood and Venetian briccole, produced and donated by Maurizio Riva/Riva 1920.
ph. Luca Rotondo
ph. Luca Rotondo