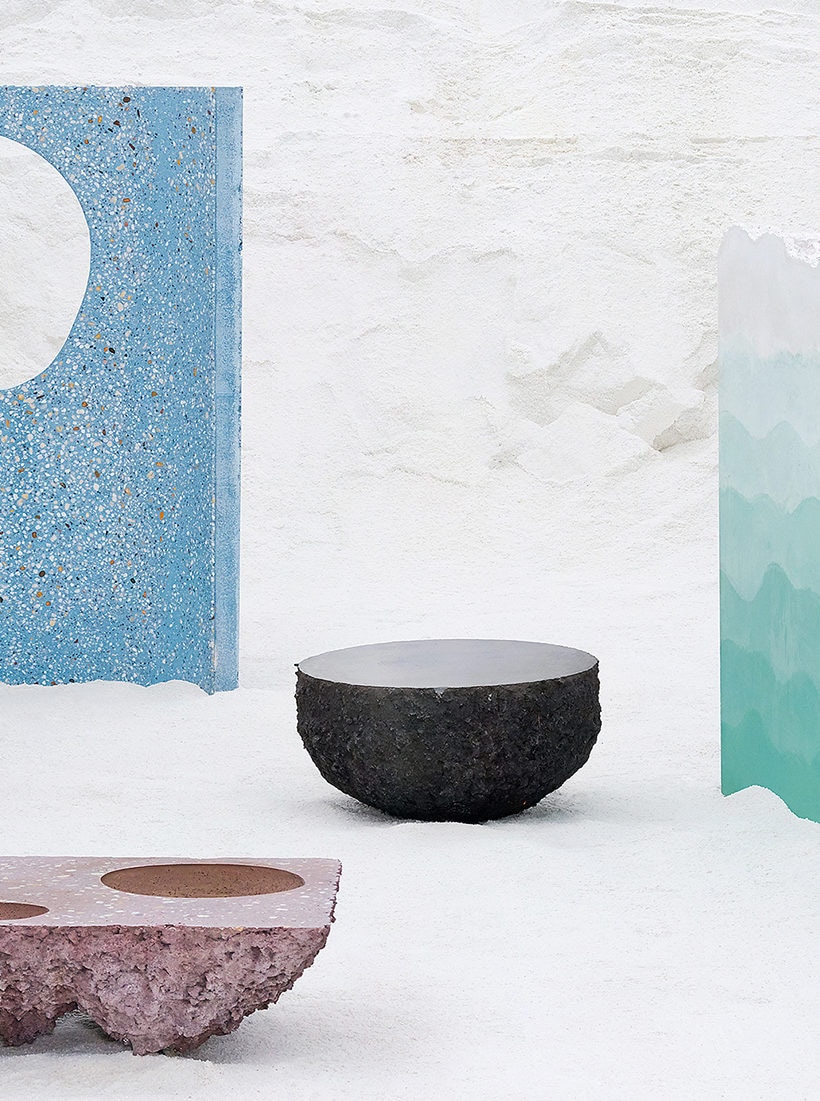 When it really works furniture design is not just a synthesis of form and function, but a concrete metaphor of the anthropological forces that deeply shape the culture.

This happened at the turn of the last century, when in the initial phase of design history the spread of mechanical technologies made it necessary to redefine the object, giving rise to modern rationalism.

And it is happening again today, in the second decade of the 21st century, in the wake of the digital mutation of products, an epochal event that design culture approaches from two opposite directions: that of the most daring technological innovation, and that of a reassuring return to tradition.

The contemporary scene is thus marked by the opposition between ‘light’ languages driven by digital graphics, and ‘heavy’ languages emanating from the never extinguished bubbling of karstic impulses. An opposition that apart from its historical context seems utterly similar to the one that over a century ago involved the rigid forms of proto-rationalism as an ‘industrial’ alternative to the widespread artistic crafts of Art Nouveau.

But the similarities don’t stop there. Just as Art Deco tried to combine the taste for ‘modern’ geometric aesthetics with the sinuous (ever more abstract and ‘mannerist’) quality of forms inspired by nature, so today we are seeing the rise of linguistic hybrids in which the application of pastel tones imported from the digital to portions of clumpy matter of experimental neo-crafts can be observed.

This is true of the Tektites, objects in porcelain foam, designed by StudioFurthermore, conceived to express the cultural specificity of a material as ancient as mankind, which now finds application in the technological future of space telescopes and thermal shields for the Space Shuttle.

And it is true of the work on lamps conducted by the talented Ferréol Babin, who in Branch encloses a ‘brutalist’ materic substance inside a formal composition so light as to remind us of a toy, made even more explicit in the sister lamp Pound.

The same meeting of the lightness of play and concrete reality is found in the Brutalist Playground created by the studio Assemble with the collaboration of the artist Simon Terrill, bringing the sweetness of childhood into the roughness of the street (and vice versa) not just on an aesthetic plane, but also on social terms, through an operation of creative reappropriation of urban spaces conducted with the citizens of Granby, in Quebec.

Getting back to the dimension of furnishings, two excellent examples of linguistic hybridization are provided by the impeccable marble table by the New York-based studio Bower, which interprets the geological weight of the material through the super-historical precision of geometry, and the rugged concrete of the Petrified Carpet collection designed by Alessandra Covini and Tomas Dirrix of Studio Ossidiana, colored with the gliding tones of Persian carpets.

Smaller size but equally ‘taut’ aesthetics can be seen in the Lava set of trays by Caterina Moretti and Ana Saldaña for Studio Peca, in which a circle attempts to enclose the overflowing mass of lava, and the lunar (again circular) mirror the designers of the Mexican ‘cooperative’ Panorámica have aptly placed on a basalt support.

While the Hawley table proposed by Egg Collective of New York displays a hexagon of shiny metal in mystical balance on a heavy materic base. It is no coincidence that we are seeing this encounter, and this clash, between the magmatic forces of the depths and the new luminous energies of the immaterial.

The impact of the digital on our culture is so extensive that it can give rise to a second history of design, marked by the introduction in the new project equation of digital quality alongside the traditional qualities of form and function.

The impact of this revolution means that design is going through a new Year Zero, in which while on the one hand we are seeing growing pressure for a paradigm shift, while on the other we can sense that the resulting destabilization is freeing up ancestral forces that modernism had learned to control, which now return to shake the very foundations of design.

So it should come as no surprise that the design of the 2010s is restlessly wavering between the ethereal sign of digital displays and the cavernous gurgling of materic coagulations, and that these opposing forces are also finding ways of mixing and mingling in pleasantly unstable combines. Bearing witness to the fact that design is now ready for anything, and impatient to take the next step forward