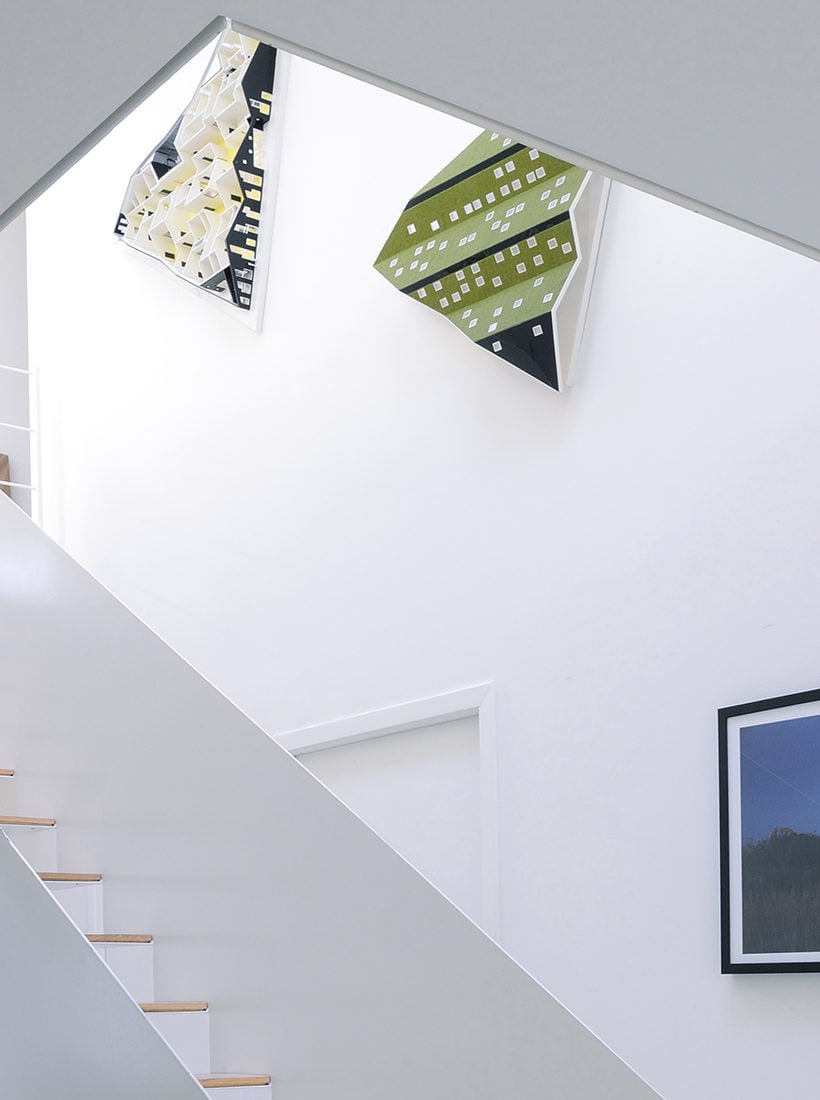 The sustainable thinking of Michael Christensen, founder and leader of the Danish studio Christensen & Co based in Copenhagen, immediately catches the eye when you enter his headquarters: a unique, welcoming space that conveys the idea of beautiful, open architecture, design in keeping with a principle of widespread quality, with a focus on comfort and the needs of users (in this case, of those who work in the space).

We are in Nørrebro, the lively northwestern district of Copenhagen, a symbol of Danish multiculturalism with an interesting mixture of street art, design studios, cafes, factories and 19th-century buildings. The building that has contained the studio since 2008 dates back to the late 1800s: two very luminous white levels, overlooking the rooftops of Copenhagen with large windows and a terrace.

The facility contains 50 architects (4 partners, including the founder), from Denmark but also from various European and faraway countries, bearing witness to the firm’s international range. Founded in 2006 by Michael Christensen, after leaving a position as art director of the prestigious studio Henning Larsen Architects to set off on his own, today CCO is considered a pioneer of sustainable design in the Scandinavian area.

The studio has created the first ‘zero-carbon’ public building in Denmark (the Green Lighthouse in Copenhagen) and the largest low-energy building in the country (the Navitas science center in the university city of Aarhus).

Today CCO is working on thousands of square meters of public spaces, especially schools and universities all over northern Europe: the latest project is that of the university campus of Kalmar in Sweden, where the construction site facing the sea will reach its conclusion in 2018.

All the commissions have come from competitions won by the Danish studio.