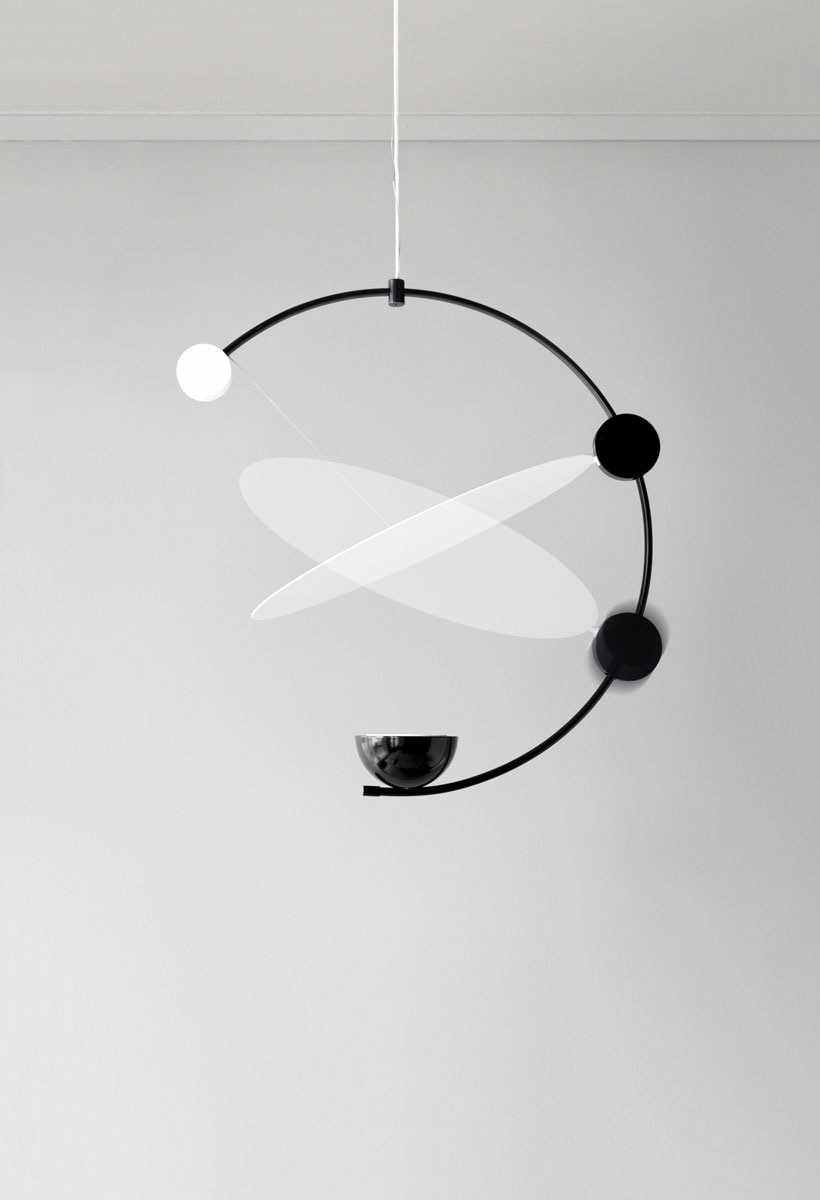 Contemporary design takes the structural cleanliness of objects to an extreme. Losing the distinction between technique and aesthetics

When at the start of the 1970s Achille Castiglioni and Pio Manzù designed the Parentesi for Flos, the removal from the body of the object of any decorative elements responded to a very precise cultural need.

After the enthusiasm for plastics in the 1960s, in fact, the arrival of the energy crisis shed light on the costs, in terms of natural resources, of the army of new pop objects that was spreading through the western world, urging some of the more enlightened designers towards sober, essential solutions free of the psychedelic exuberance that had shaped the years of social revolution and the space race.

In that moment, the fact of displaying the technical body of the object took on a very precise aesthetic value, displaying the non-use of materials, especially of plastic, that were not strictly necessary for the technical-structural economics of the product.

While Parentesi remains an icon of design history, such a project would no longer be possible today. Not because designers are no longer capable of isolating technical purity with the same elegance as the great masters, but because the stripping of the technological body today would have to address the digital applications that define our era, just as electrical and mechanical factors defined the second half of the 20th century. The digital substance is something immaterial, invisible, which cannot be displayed. 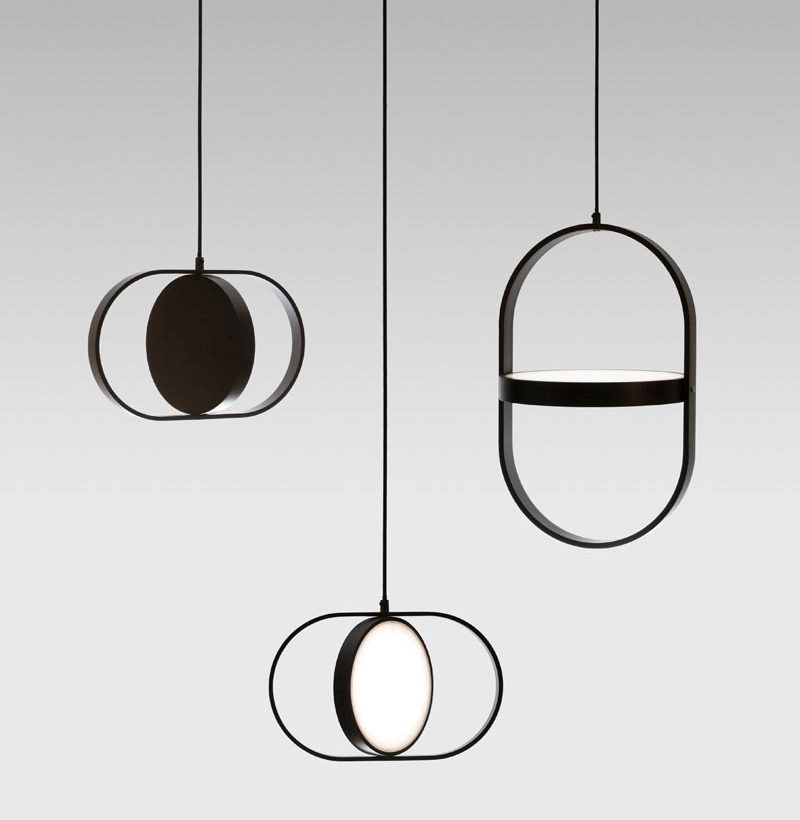 4
Photo: Karin Ulvio - The Kuu suspension lamps by Elina Ulvio can be adjusted based on mood. The direct or indirect lighting, powered by a cordless system, is balanced by rotating the inner circle. Soon to go into production for the Danish brand Mater.

And this is the point: though the challenge seems impossible, contemporary design has found a way to narrate the sublimation of the technical body, not by rejecting it but instead by taking it to its extreme consequences. If the tech language forged in the 1970s reduced the aesthetic plane of the object to degree zero, making it coincide with the technical anatomy of the product, the growing sensitivity regarding immaterial immanence of the present age is pushing the technical reduction of aesthetics beyond that same degree zero.

The structural cleanliness becomes so subtle, fine and refined as to reverse itself, by coherence, in a harmony of signs organized with perfect aesthetic logic. This can be seen in the Magnetica suspension lamp by Vittorio Venezia for Luce5, a direct heir of the historic Parentesi, not only in terms of its linear arrangement, but also in terms of its inner sense of poetic exploration of space, taking it beyond itself to reach the levitating magic of the magnet.

Similar clarity can be observed in projects like the one by the young Finnish designer Elina Ulvio, or in those of the Chinese design (with a Swedish background, now based in Norway) Cecilia Xinyu Zhang, both with a very delicate touch when it comes to the structure of the object, that seems almost to be made of the threads of a spider’s web, joined by the fingers alone.

Actually, Nordic purity is right in line with the poetics of the technical-aesthetic paradox. A wayfarer heading up a meridian to the north, in fact, would reach a point in which without turning back he would begin to travel southward. Likewise, in these lamps made of light, time and precision, the aesthetic dimension is reached not by taking a distance from that of technique, but by pursuing its rigorous dictates to the point of paradox. 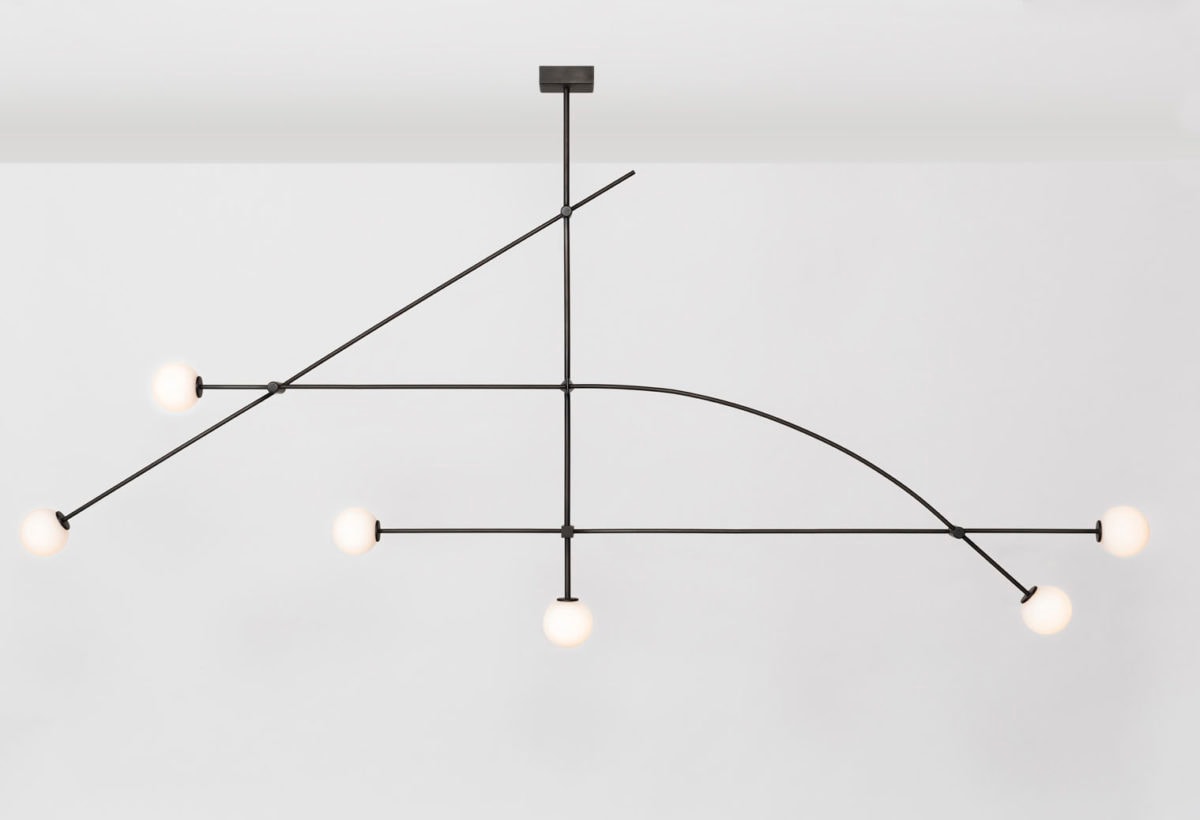 3
The lamps of the Tempo series by Atelier de Troupe are formed by ethereal lines that adorn the domestic interior like jewelry. Available in satin-finish or blackened brass.

The refinement thus achieved is a far cry from the clumsy attempts to ‘express’ a forced and simplistic creativity through anthropomorphic and self-proclaimed ‘characterized’ forms (often more like caricatures), the feeble heirs of that pop aesthetic that fully made sense in the 1960s, but was already being challenged by the most perceptive designers of the 1970s.

Maybe this is why lamps like those of the Tempo and Lune series by Atelier de Troupe seem more like jewels the house itself has decided to wear to enhance its own anatomy, placing them like divining antennae to call forth the subtle spirits that have shifted the inner aesthetic, rather than the output of the human hands.

Globe, designed by Edoardo Colzani for the Laurameroni collections, also seems to have been conceived in such a way as to fill the technical structure with aesthetic substance.

While the vectorial Deco of the Segni series by Gumdesign for Siru Lighting, or of Fontana Amorosa by Michael Anastassiades for Nilufar, takes an opposite (or double) step, focusing on technique from aesthetic origins.