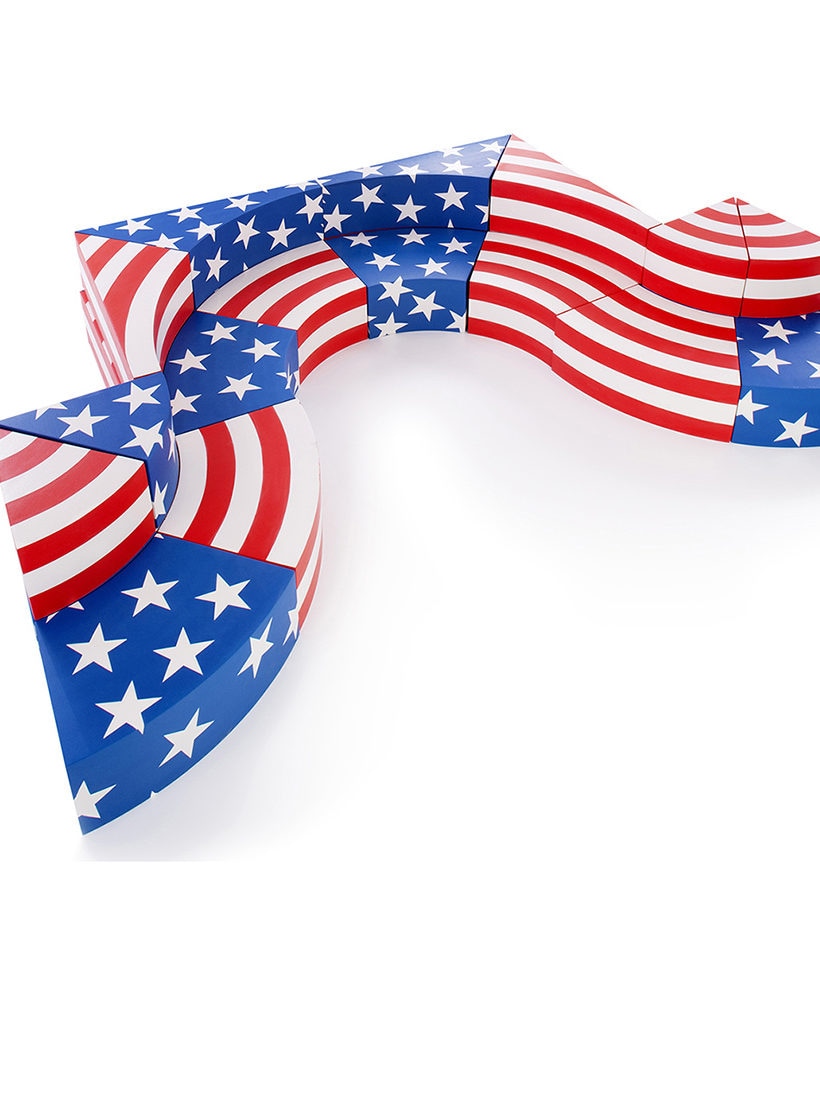 The paradoxes of contemporary design

#Archizoom
The paradoxes of contemporary design

The haystack is tangled, so finding the needle is hard.

Better not to even try: the traditional disciplinary boundaries have crumbled under the shock wave of a new generation of designers bent on producing independently, without relying on companies, taking advantage of new technologies like 3D printing and the possibility of using the web to sell things all over the world, in limited production runs.

The relationship fostered in Renaissance workshops between the creator and the artisan is back in vogue, as can be seen in the second edition of Doppia Firma, the collection presented by Fondazione Cologni dei Mestieri d’Arte, composed of pieces in fine materials made with traditional techniques by designers paired with artisans, who also put their names on the finished product.

The designers shift with nonchalance from one-offs or limited editions to serial manufacturing, without too many deontological quibbles. The one-off made with noble materials like brass, marble, bronze, precious woods, often sculpted by hand, can become a series molded in plastic at affordable prices.

Art becomes a common object and, vice versa, plays a role to ennoble industrial output, as demonstrated by the 2017 ad campaign of the luxury footwear brand Santoni, which has hired the artist Maurizio Cattelan to appear in ‘shod’ portraits in the windows of the brand’s stores.

The lesson of Andy Warhol continues to work, when applied at the right moment. Stefano Seletti, owner of the brand of the same name, was ahead of the pack, calling in Maurizio Cattelan and Pierpaolo Ferrari for his collections of home accessories for a large audience.

With 23 euros – in housewares stores but also art venues like Galerie Perrotin on Rue Turenne in Paris – you can purchase the Rose tray signed by the duo, in sky blue tin decorated by pink roses with gaping eyes instead of corollas.

The Seletti production signed by the duo expands with each new season, including plates, metal cups, plastic trays, t-shirts, scented candles, all the way to handmade rugs from Tibet that disrupt Persian patterns with female nudes.

According to Roberta Meloni of Centro Studi Poltronova, which takes care of the legacy of the projects of the Florentine Radical groups Archizoom and Superstudio, the borderline between serial and artistic production, between reissues and innovation, is getting ever more blurry.

She sees this ‘disorder’ as positive, contributing to nurture it by generating a version of the iconic Joe baseball glove chair by De Pas D’Urbino Lomazzi (1970), with the fingers covered in leather printed with an arabesque motif taken from a frieze designed by the Iraqi architect Hussain Harba.

The elaborate color printing on the leather, a true work of virtuoso craftsmanship, will be done in Tuscany by Seriscreen of Castelfranco Piandiscò. The disorder is also fed by the auction houses, with their keen sense of what’s to come.

Selling off the first prototypes, in December 2013, of all the creations of the Belgian designer Xavier Lust, including serial products, the influential Parisian auction house Piasa foreshadowed the breakdown of the boundaries, which now authorizes Studio Job to sign both fine handcrafted pieces and their replicas molded in plastic for Seletti at popular prices.

The 2016 edition of Design Miami signaled the revival of the Italian Seventies: the gallery Erastudio of Milan showed large mirrors by Nanda Vigo with neon borders and the Flying Carpet divan by Ettore Sottsass; while R&Company of New York presented historic pieces by Lapo Binazzi, a member of the Florentine Radical group UFO.

Thanks to the acquisition on the part of Sandra Vezza, today Gufram has reissued pieces from its past production in new finishes: the famous Cactus coat rack by Guido Drocco and Franco Mello now comes in a psychedelic 3-color version signed by Paul Smith, and the Bocca sofa by Studio 65 has been given a shiny gold finish.

In 2014 the brand inserted a wardrobe by Studio Job, a seat by Alessandro Mendini composed of blocks of polyurethane that imitate marble, and the Ortensia ottoman in the form of a flower by Marcel Wanders in its catalogue. Studio 65 of Turin has updated its historic collection with new pieces, including the Borsellino armchair covered in bright gold fabric, which greets visitors to the Dilmos gallery at the entrance, the first gallery to have shown creations by the famous Dutch duo in Milan, back in 2004.

Alberto Biagetti, born in 1971, with his own studio in Milan since 2003, concentrates on design without making distinctions between art, fashion and architecture. He creates objects for industrial companies and designs websites – one famous example is that of Yoox – shifting easily from industrial production to one-offs, as well as installations.

In 2015, together with Laura Baldassari, with curating by Maria Cristina Didero, he presented the installation “Body Building”; in 2016, in April in Milan, he showed “No Sex,” later replicated in December in Miami; in April 2017 he presents the work “God.”

The functional objects seen in his installations are conceived not only for a specific use, but also to stimulate new possibilities of interaction. Cristina Celestino, with a degree in architecture, began as an interior designer, and then began to explore the design of objects, which she shows and sells with the brand Attico in her home-studio in Milan.

Thanks to her original approach full of feminine sensitivity, in a short time she has multiplied her collaborations with companies. For the Salone del mobile 2017, besides taking part in the second edition of Doppia Firma and designing the Visiera sofa for Galleria Nilufar, she has created products for seven industrial brands, ranging from marble to glass to lighting.

For Fendi, which has chosen her as the designer of the installation for the 2017 edition of Design Miami, she has produced Happy Room, an upholstered furniture series covered in velvet in pastel shades, featuring unexpected feminine touches, like the fur bases and the enlarged costume jewelry elements that attach the backs to the frames.

The professional evolution of Cristina Celestino proves that the track is now double, or even triple, and that collaboration with companies, seen as the professional goal of designers, can now coexist with artistic experimentation, as a fertile source of inspiration for design articles with larger production runs