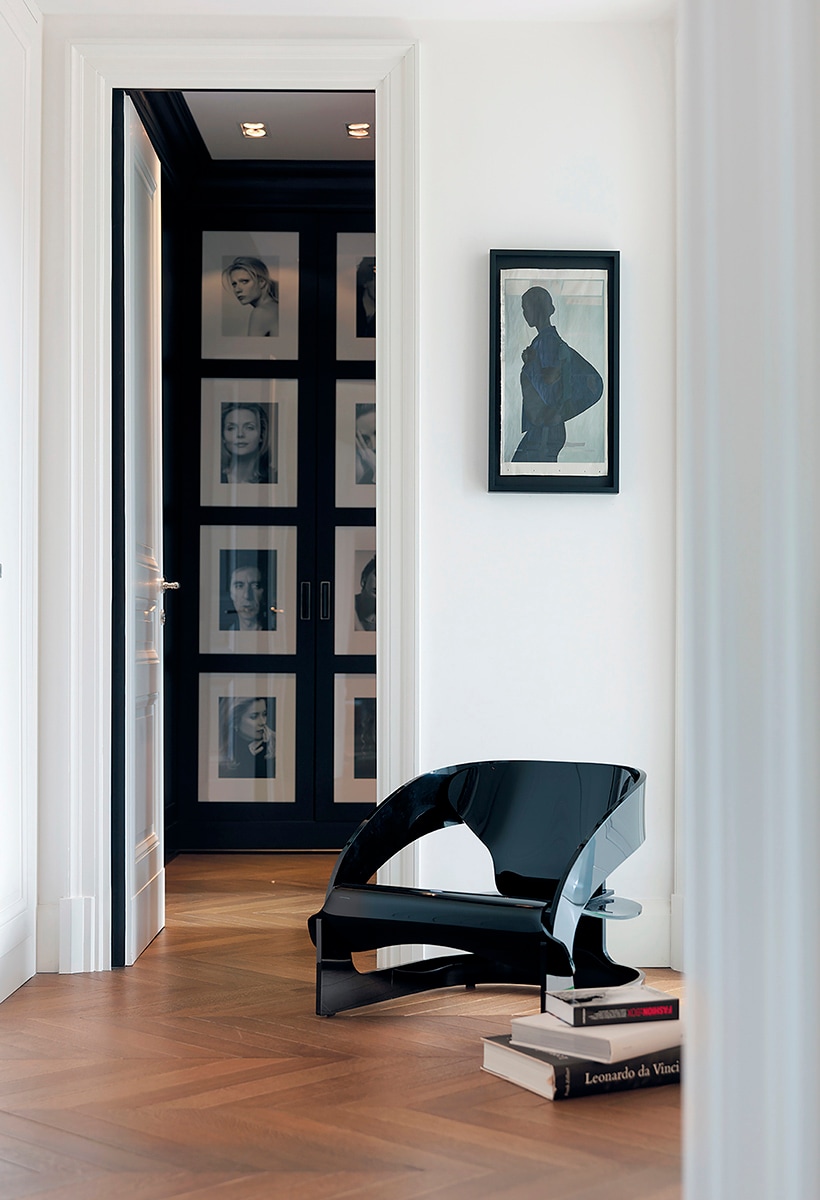 In the 1960s and 1970s the moon landing and a positive feeling about tomorrow urged design towards pioneering visions and sci-fi creativity. Dynamic, transformable and multifunctional objects were created. Already projected into the future, today they reveal all their timely pertinence

The 1960s were the years of the future, in many ways. A decade steeped in lunar dreams, space voyages, visions for the world to come. Though the moon landing came at the end of that period, it was a theme that set the tone of the whole creative world in the 1960s and 1970s: science fiction films, TV series and fashions reflected this collective enthusiasm. Obviously, design had a part to play. Various designers and products were inspired by the moon, in relation to the grandest voyage imagined by humankind.

The fictional narratives that incorporated products developed for real life in the near future were many, including Space: 1999, but also Star Trek. The former, in particular, often rigged out its Moonbase Alpha with current Italian design. One of the most popular creators in this sense was Joe Colombo, whose projects formulated an utterly novel morphology, far from classic typologies. His revision of ways of life when to the root: to change social relationships, there was a need for multifunctional things, for furnishings in transformation. 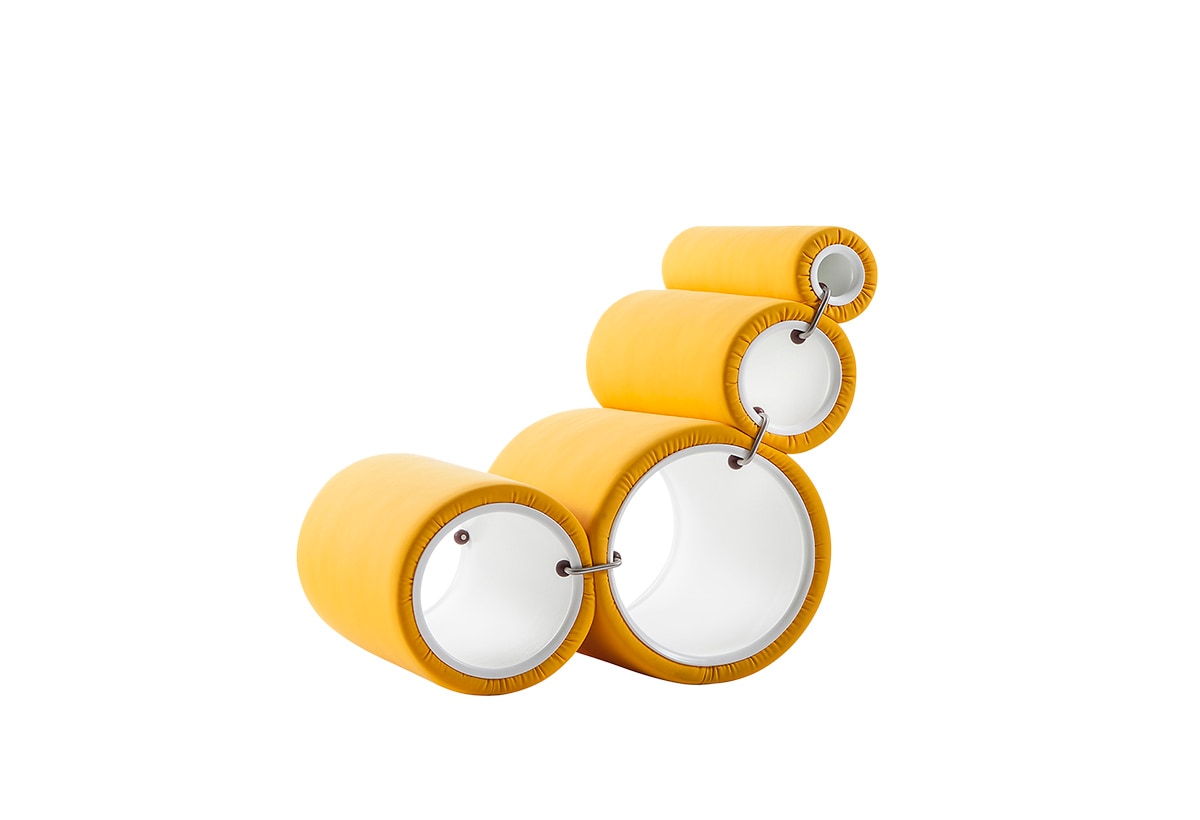 “In the past space was static,” the designer explained, “and this was the classic notion for thousands of years. Our century, on the other hand, is marked by dynamism, a fourth dimension: time. We have to introduce this fourth dimension in space, so space can become dynamic.” So his furniture design includes the subspecies of time and transformation: the Tube Chair and the Multichair are more than mere seats; they are true seating systems that call for many different configurations, with joints that easily alter their deployment and the passage from one function to the next. Both, though with different forms, can be installed and become a stool, an armchair, a chaise longue, a sofa or a daybed. The functional aspects, combined with an aesthetic that reminds us of the origin of design in those years, make both models extremely timely today. So it should come as no surprise that these pieces, already projected into the future when they were born, fit perfectly into the time that has become our present: the Tube Chair has entered the Cappellini catalogue, the Multichair has a place of honor in that of B-Line.

But the most futuristic project by Colombo is probably the chair recently reissued by Kartell in PMMA: after the first wooden prototypes, fifty years later today’s technology has finally caught up, permitting manufacture in plastic, in keeping with the designer’s original idea. It is now possible to make transparent version of dreams, with a form that seems to float in the air.

Another icon of those years never has entered current production, namely the Nastro by Cesare Leonardi, a versatile designer who brought together experience as an architect, a sculptor and a landscape designer, giving rise to farsighted forms. Ron Arad has expressed his admiration, and does not conceal the fact that he was inspired in his work by Leonardi’s ability to make sculptural forms functional. Where the sculpture-function alliance is concerned, perhaps the record for pioneering vision belongs to the famous mushroom attachment of the Pedestal series by Eero Saarinen: a project from 1958 that has been incessantly produced by Knoll, and chosen for many science fiction sets. 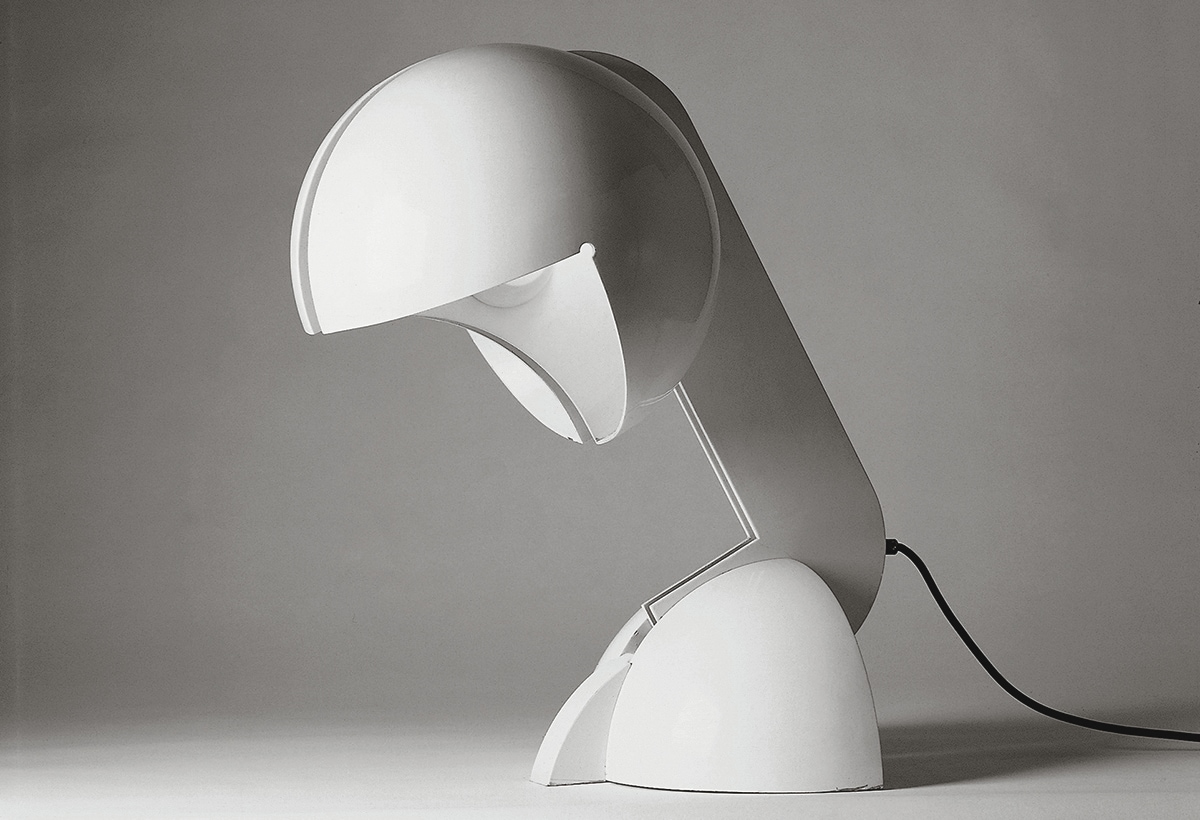 6
Ruspa lamp by Gae Aulenti, Martinelli Luce, 1967. A large lamp that asserts itself in the domestic landscape with its futuristic image.

Another sector that fed sci-fi creativity was undoubtedly that of lighting. In TV series and films, we often come across the Pileo and Ruspa lamps by Gae Aulenti (produced respectively by Artemide and Martinelli Luce, but no longer in the catalogues), and also the Tizio by Richard Sapper for Artemide. The latter was the first lamp with a rocker arm to make use – at the start of the 1970s – of the new halogen technology, thanks to which the oblique lines of the object could remain clean: halogen bulbs, in fact, permit low-voltage transmission, eliminating the passage of wires along the arms that would endanger the essential pith of the design.

It is a well-known fact that the Eclisse by Vico Magistretti for Artemide was the result of staring at the moon. Here the semispherical housings create a simple, intuitive movement that reminds us of the physics of the phases of an eclipse. A perfect object that brings together functional and productive rationality with the poetry of a game of light that has accompanied us in our homes since 1965. Obviously one of the fields of greatest growth in those years was that of radio and television, in a commercial boom that went hand in hand with design. As often happens in this sector, however, rapid obsolescence of technology went together with that of forms, making it even harder for these products to survive for very long. The battle against time has not been won by what many contemporary designers still consider the most revolutionary TV set in history, the Black by Zanuso and Sapper for Brionvega.

In a world like ours dominated by the two-dimensional image of monitors, reduced to blades of pure technology that get increasingly close to the immateriality of the images they show, the Black has an atypical sculptural form, a true black box of communication, conceived almost more in terms of its image when off than when it is in use. Recently, however, Brionvega has reissued the Radio Grattacielo by Marco Zanuso: a project whose name suggests the strong presence of the object on the domestic skyline, demonstrating that it is still capable of ‘living up’ to contemporary expectations.