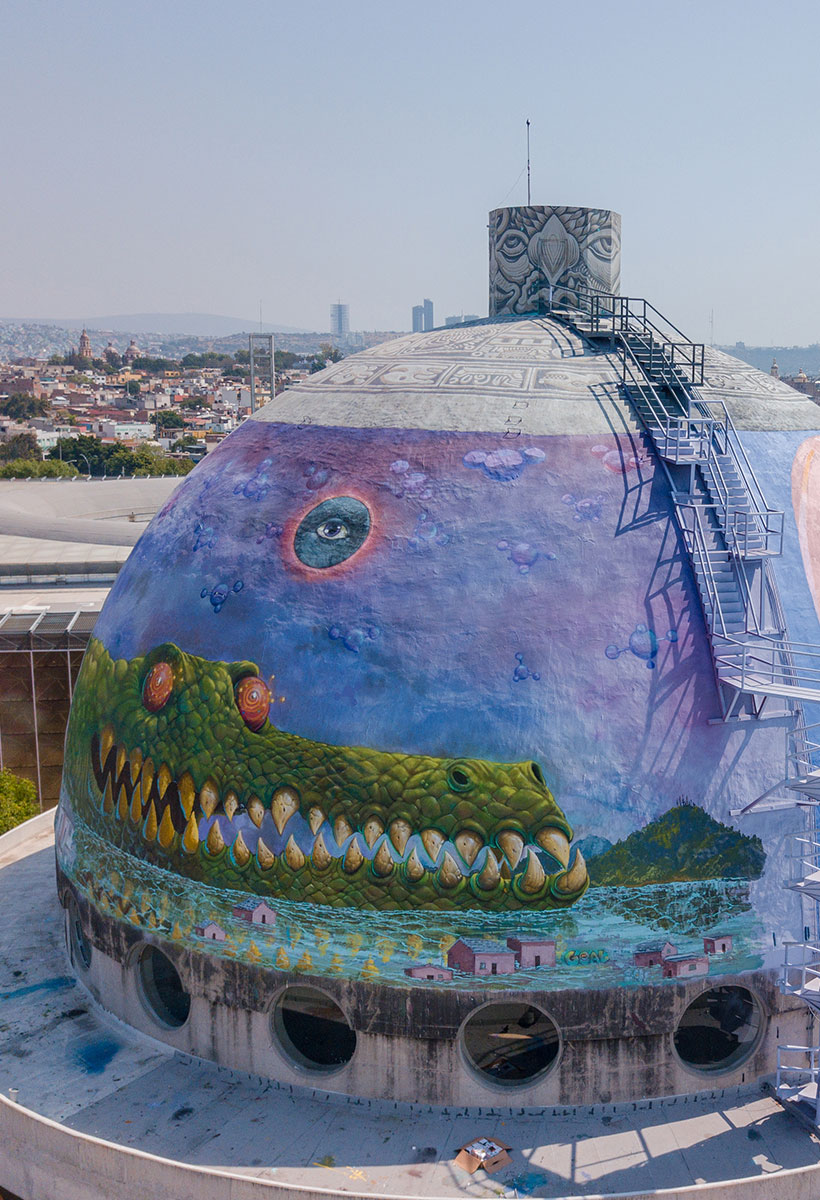 Not just restoration, because Mapei Mexico operates on one of the most dynamic markets in Latin America. The affiliate has supplied quality products for a wide range of projects, many of which are in Mexico City, World Design Capital 2018

Just like atoms that gather together, creating the world, shaping it. The thousands of particles of totally Italian innovation, materials and technologies contribute to build the architectural structure of a whole country: Mexico. “We are widening our portfolio of products, increasing investments, and over the short term we will triple our production capacity,” says Veronica Squinzi, global development director of Gruppo Mapei and a firm believer in the strategic expansion of the company in South America.

“We have already completed three important acquisitions,” she continues, “of which one is in the zone of Querétaro, a small gem that has become part of our productive infrastructure. We will continue along this path to become a major player on the local market, and beyond it.” A worldwide leader in the production of adhesives, sealants and chemical products for construction.

Recognized for excellence in the creation of adhesives and complementary products for the installation of ceramic tiles (with over 100 references in the catalogue), wood floors, cement-based and resin floors, and surfaces for sporting facilities. With over 80 years of experience, Mapei has been a presence in the Americas for decades, with 30 production plants and 8 research & development laboratories, and a headquarters at Fort Lauderdale in Florida, which for many years has coordinated all the overseas activities of the group, which began 20 years ago in Argentina and then spread to nearby Venezuela, areas that have gradually become more marginal due to the successful expansion across the entire continent. 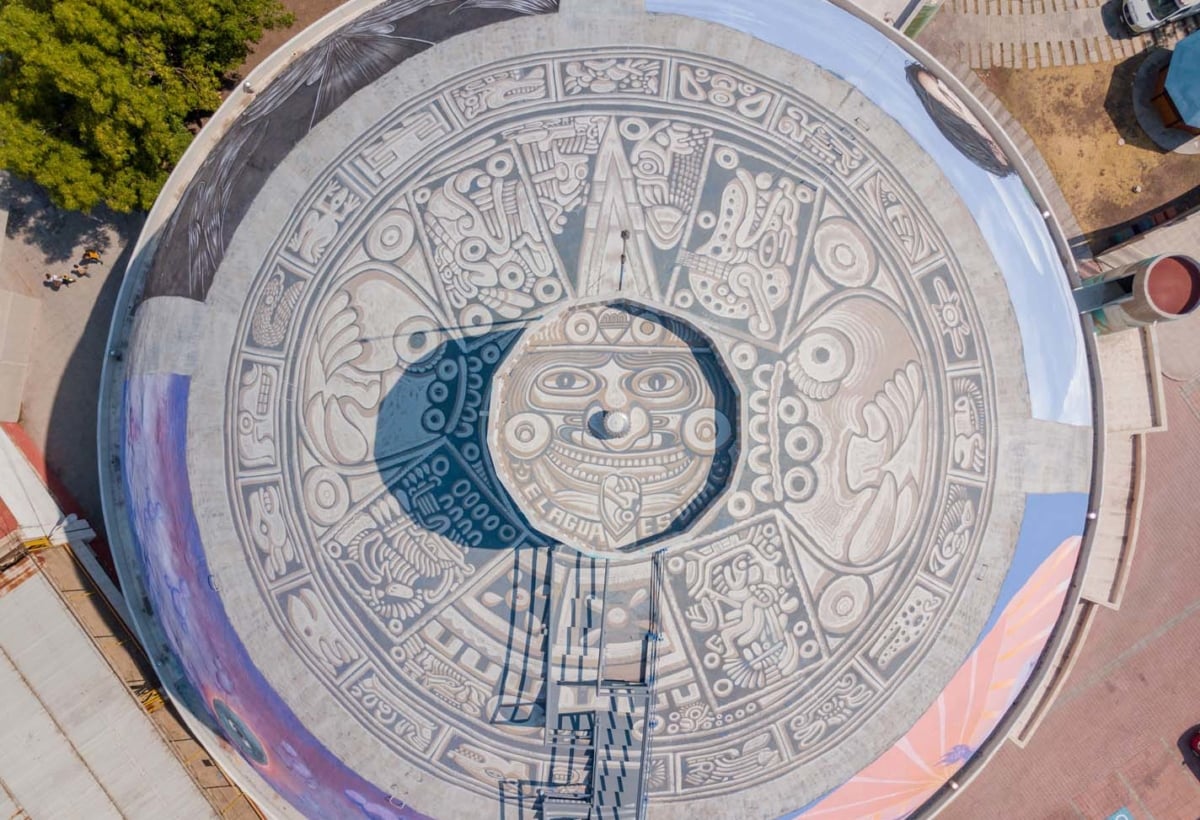 8
Waterproofing for the monumental murals of the Manuel Gòmez Morìn Cultural Center in Querétaro, Mexico. For the waterproofing of the 1200 square meters of the dome the product Aquaflex Techos Fibratado has been applied (in a light blue tone).

Hence the idea of creating, in the entire zone known as “LATAM,” including Brazil, Colombia and Mexico, independent companies capable of responding to the desire for growth in Latin America Latina as it struggles to make its mark on the world. With Mexico, the tiger of South America, at the center of the project: “It is a difficult and extremely competitive market, involving low prices, very particular construction methods, the risk of earthquakes and a mostly tropical climate,” says Rolf Manser, a Colombian of Swiss origin who guides the activities of the group in LATAM.

“Therefore we offer many products for waterproofing and we develop complete solutions for repairs and prevention of the passage of water in underground structures or structural enclosures. We have created an entire range of innovative solutions; just consider the fact that this year we will launch from 70 to 100 new products, including some for the installation of tiles, which in Mexico amounts to a market of 220 million square meters per year.”

The latter items join the various offerings that are already established bestsellers on the local market: like the cementitious adhesives for ceramic tile of the Ultraflex line, also ideal for the installation of natural stone. For the protection of concrete, the cementitious membranes of the Mapelastic line and the Aquaflex liquid membranes, free of cement and ready to use, represent the ideal solution for the long-term protection and maintenance of concrete structures.

All this represents an offering sustained by a research & development division that has already been created locally, constantly working to adapt the products to particular needs: “Our challenge is to be Italians in Italy and Mexicans in Mexico,” says Squinzi. “Just consider the fact that in Mexico there is practically no use of roofing tiles; the roofs are flat and thus vulnerable to atmospheric agents: for Mapei, the development of waterproof technologies has become a fundamental priority.”

A spectrum of expertise Mapei offers for everything that can be assembled and constructed, from commercial to residential projects, social housing (it is estimated that Mexico still lacks between five and seven million housing units in spite of the government program launched 20 years ago), all the way to very large infrastructures capable of altering the entire future of a country.

In the latter area, the Italian company is supplying know-how to help make some of the most important works for the future in Mexico, from airports to bridges to gigantic structures excavated in the earth, capable of bringing growth and modernity. The Tunel Emisor Oriente (TEO), 62 kilometers from Mexico City at Atotonilco, for the drainage of rain water, has been dug and built using Mapei products. A giant excavation using foams and polymers developed by the Italian company that lubricate the action of the immense drills, reducing heat-building friction with the earth.

“
Our challenge is to be Italians in Italy and Mexicans in Mexico. Just consider the fact that in Mexico there is practically no use of roofing tiles; the roofs are flat and thus vulnerable to atmospheric agents: for Mapei, the development of waterproof technologies has become a fundamental priority."

“Another major project is a work completed in 2017, the Tunel Emisor Ponente (TEP), with a length of 20 kilometers, where special Mapei additives and products were used, like the bicomponent mortar to inject during the advance of the tunnel to reduce risks of surface collapse, in a work that has the same purpose as the TEO,” Manser says, “and our additives have also been used for the construction of the tunnels for the high-speed trains that connect the capital to the city of Toluca.”

Mapei has been a part of over 10 underground construction projects, supplying additives for excavations and the production of concrete. One exceptional project is the construction of the international airport of Mexico City (designed by FR-EE and Foster+Partners), with a budget of 9 billion dollars.

A daring planimetric solution with a double-U form around a central layout node, creating an outline like an animal with four legs, an organic, zoomorphic form that is emphasized by the choice of a sinuous, almost sculptural roof formed by modular panels attached to metal spans of 100 meters, with a maximum height of 45 meters.

All the know-how of the Italian brand comes to the fore in the creation of an airport: from concrete to screed, with solutions that range from adhesives for installation of tiles to primers and products for the installation of marble in the emblematic buildings of the new airport such as the terminals, the control tower and the intermodal transport center; all the way to the PVC roofing in the service zones, without overlooking the paint finishes and decorative floors in cementitious mortar.

“It will be an immense undertaking,” says Veronica Squinzi with pride, “and in fact our employees are already living 24 hours a day inside the airport, to organize all the various implementations.” With 81 production plants in 34 countries, Mapei is not just technique and infrastructure, but also culture. Just think about the construction of the Panama Canal, where the Italian chemistry deployed by the Squinzi family provided vital expertise. Or the Statue of Liberty and the Guggenheim Museum of New York, whose beauty has returned thanks to the renovation of the concrete done by Mapei. Or the restoration and expansion of Teatro alla Scala in Milan, and the installation of all the granite floors of Marina Bay in Singapore. 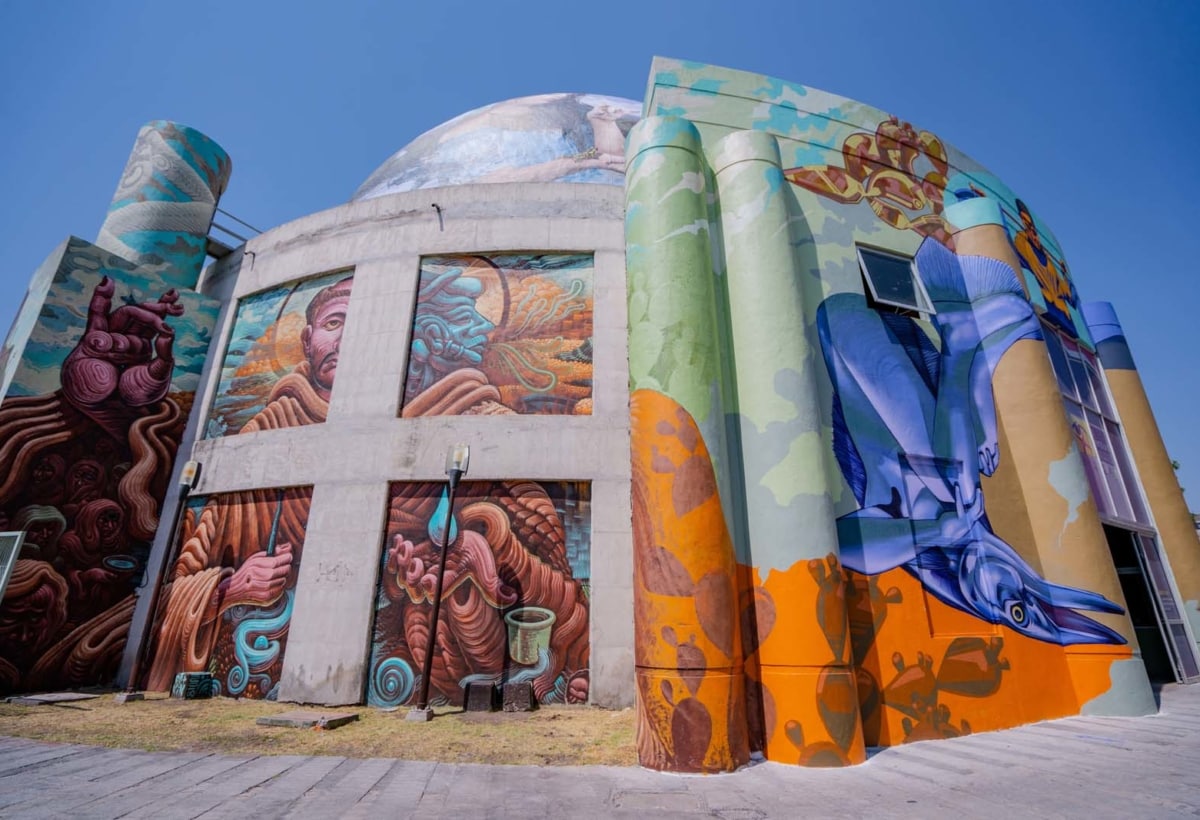 7
The monumental murals of the Manuel Gòmez Morìn Cultural Center in Querétaro, Mexico.

Not to mention the most important sports tracks in the world, from the Montreal Olympics in 1976 to Rio 2016, a sector in which the company ranks as a planetary case of excellence (also with specific expertise developed in recent years in the area of synthetic turf). An effort of cultural construction and creation of immortal icons that continues today in the Mexican adventure: “There is also the case of the restoration of the Universidad Nacional Autónoma de Mexico implemented by the Gerencia de Conservación y Proyectos of UNAM, after the damages to the structure caused by the latest earthquake that has struck the country,” Squinzi says.

Mapei’s contribution involves a range of important areas, from the renovation of the reflecting pools to the facades of the Central Campus, all the way to intervention on other buildings outside the Campus, also included in the UNESCO heritage listings, such as the temple of the former monastery of San Agustin or the Colegio de San Ildefonso, as well as the reinforcement of certain buildings damaged by earthquakes.

As well as the outstanding project for the renovation of El Sol Bipedo, a symbolic monument of the Ruta de la Amistad standing for half a century in the gardens of the Pedregal in San Ángel, for which Mapei has provided technical solutions and assistance on the worksite organized by the municipal government of Mexico City.

Finally, we should mention the complete waterproofing of the immense dome of the Manuel Gómez Morín Cultural Center of Querétaro, 1200 square meters of murals created in April for the Intercultural Festival of Muralism, known as El Agua es Una. A project donated to the city by the organizers, sponsors and artists, with a value of about 2 million pesos, waterproofed thanks to the use of Aquaflex Techos Fibrado, a specially developed product to protect the work of the artists.

In this way, with passion, the trade name of an acrylic membrane can become poetry in an instant.