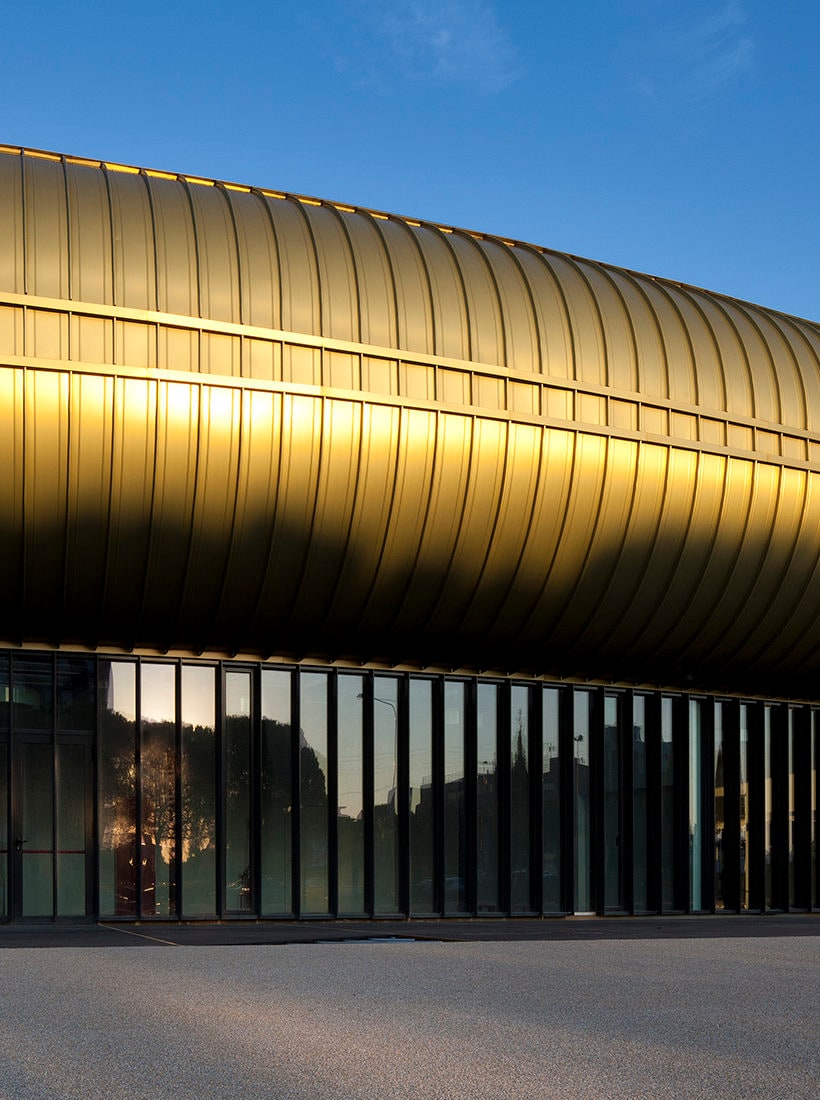 “What’s at the top of the ring? An antenna. It picks up cultural moods, searching for new currents.” This is how Maurice Nio explains the reasons behind the pole that rises from the shell of his futuristic expansion of Centro Luigi Pecci in Prato.

Born in 1959, Dutch but of Indonesian origin, Nio is one of the most original and visionary talents on the international architecture scene. He has been involved with the art world for many years, attempting to discover and above all to ‘sense’ the most hidden dimensions of the design process.

In the introduction to his new book SupraSensitivity in Architecture (presented at the time of the opening of the new museum in October) Nio writes: “As a designer, you must know how to strike the right chord in stirring up the unique frequency of things – particularly where matter for is concerned. If you are able to animate matter with a particular vibration which then triggers another vibration, you have truly achieved something,” transforming the architectural experience into a sort of emotional voyage.

As in the case of Nio’s ‘spaceship’ that captures curiosity, triggering new feelings and visions. The new wing brings over 7000 square meters to the original museum facility designed by the architect Italo Gamberini in 1988: Nio has conserved the original structure based on the regular geometric grid of the industrial landscape of Prato, and adds “a soft, dreamy ring” – as he puts it – that embraces the existing building, attaching itself to the two extremities.

A solution of great visual force that is also coherent from a functional viewpoint, for the reorganization of the layout, while multiplying installation options. The spaces are arranged on two levels in the new building: the lower level is for reception functions (entrance, bookshop and restaurant), opening to the city with a glass ribbon that runs without interruption from one end of the ring to the other; the upper level is for the exhibitions, and has a novel metallic bronze-color facing. The indoor-outdoor dialogue relies on large eyes, like portholes, that open in the texture of the ring.

Audiences can now enjoy the fine collection of the museum: over 1000 works by international artists like Anish Kapoor and Sol LeWitt, as well as Italian 20th-century masters like Mario Merz and Michelangelo Pistoletto, including many items hidden away in storerooms for years, due to lack of space. Hence the addition commissioned by the Pecci family.

The objective of offering a more effective museum to the community is in tune with the philanthropic initiatives of its founder, the entrepreneur Enrico Pecci, who almost 30 years ago founded this museum to spread knowledge of new and emerging art forms.

The permeability between Centro Pecci and the city is also underlined by the new organization of the green area around the museum (already the location of a collection of outdoor works), now made more accessible thanks to a new plaza and an outdoor theater that seats 1000 persons.

The facilities also include a cinema/auditorium for 140 viewers, a performance space, a bookshop, workshops and conference rooms. The public dimension of the museum is reinforced, creating an open system to establish new ties between art, the city and the region. Or as Nio poetically explains, “a place that has a vibrant, vivid and vital soul.”

The bronze-color metallic shell of the new building stands out against the sky as an urban landmark, capturing attention with its theatrical presence. Starting with the iconic antenna, the symbol of the new cultural mission of the museum.
Vew of the ring that reveals the new main entrance to the exhibition spaces and the glass ground floor (ph. Matteo Cirenei).
The canopy connecting the original structure from 1988 to the new area, organized on three different levels (one below ground), giving the museum overall space of 10,000 m2.
The golden bronze of the exterior texture forms a contrast with the total white of the interiors, optimizing lighting and visual uniformity.
The staircase connecting the ground floor and the first floor with the striking exhibition space with the form of a ring.
Section.
Lateral elevation of the new museum showing the relationship with the existing building.
#architecture #design