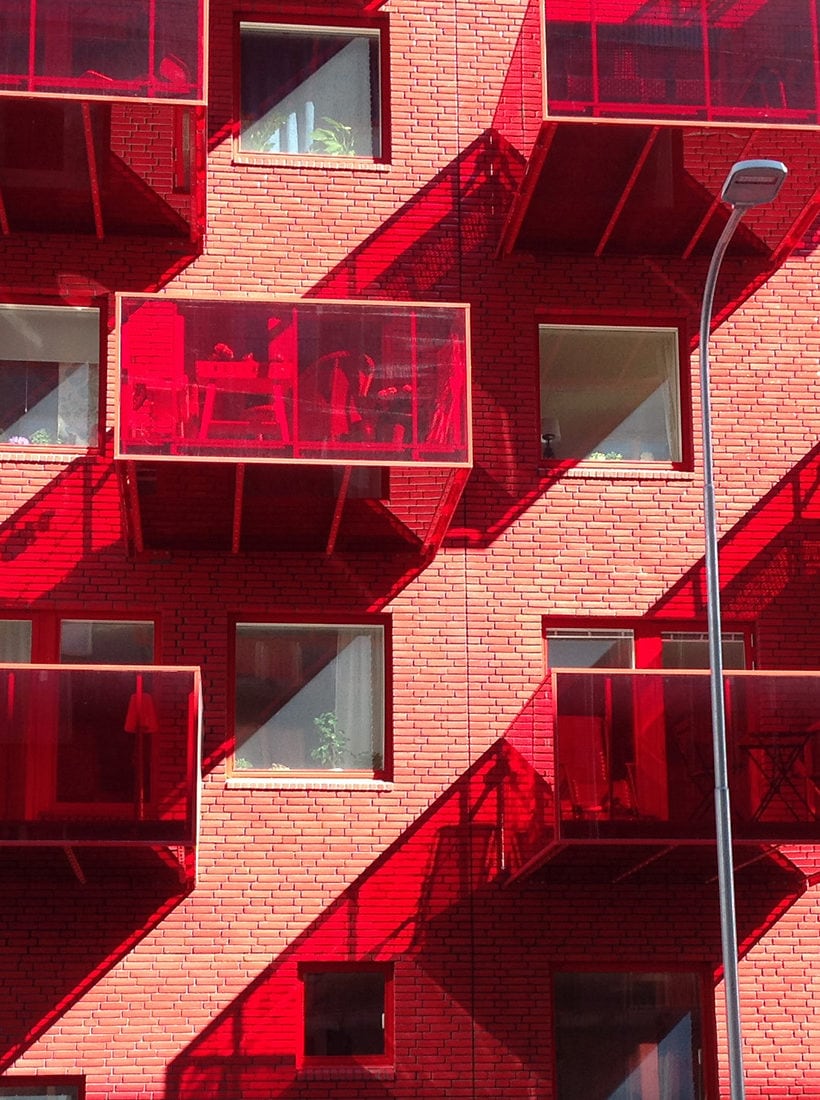 Today those who focus on sustainability in urban areas see Stockholm as one of the most advanced models. The Swedish city was the first to receive the European Green Capital Award in 2010, the year when the prize was founded.

But the commitment to high environmental standards dates back to many years earlier, in keeping with clear, stable principles. This can be seen in the Hammarby district, the first virtuous example of ‘symbiocity.’

“The project began in the late 1990s to improve a damaged industrial area to the south of the city, and to host the new Olympic village for the games in 2004,” says Erik Freudenthal, who welcomed us to the Information Center, a lovely glass building in the middle of the zone.

“The Olympic option, nevertheless, did not become a reality, so the municipal government, which had acquired the land, decided to use the opportunity to make a model urban area. How? Through integrated planning that creates a sort of symbiosis between public and private interests, ready to put together all the aspects of sustainable urban development: from water and energy supply to waste disposal, mobility to services for the community like schools and hospitals, protection of landscape to the ‘intelligent’ construction of new residential settlements.”

Today the neighborhood, with nearly 20 years of history behind it (though the project will be completed only in 2020) hosts 30,000 inhabitants, 13,000 apartments, 20,000 jobs, mostly for local residents, and many children (one fourth of the population is under 16). Hammarby sets all kinds of records.

Erik explains: “Just think that here 99% of refuse is recycled and transformed into energy: after having been placed by the inhabitants in special bins (paper, organic, general), the garbage is ‘sucked up’ thanks to a pneumatic system and runs along underground pipes at a speed of 70 km/h (faster than the cars in the district, where the speed limit is 30 km/h), to reach destinations in peripheral zones, far from the city center. The movement is entirely controlled by computer, so the different types of refuse never meet inside the system.”

Another miracle has to do with mobility. “From the start the use of public transportation has been encouraged,” Erik says, “by building a streetcar line to connect to the city center, one and a half years prior to the construction of the neighborhood. Car sharing is also popular. The result is that in this area the use of cars has diminished by 40%.

Finally, buildings and green areas have been constructed according to precise guidelines covering the height of buildings, the use of materials, the colors of the facades, the lighting, the streets, the gardens… always in tune with the municipal government and private developers.

Starting with a very clear vision, cooperation has been fostered between public and private interests, setting objectives that can be assessed and working in a holistic way. All this has led to the success of Hammarby,” Erik concludes.

The same values like behind the Stockholm Royal Seaport, the latest ambitious project of urban renewal, in the northeastern area of the Swedish capital, not far from the center: the completion of 12,000 housing units and workspace for 35,000 persons is slated for 2030.

A neighborhood in which to live and work, integrated with the life of the city (the center is close by, reached easily with public transport) on a human scale. “The project has brought us the C40 Cities Award, as the best initiative of sustainable urban development, during the latest United Nations Climate Change Conference (Paris 2016),” Camilla Edvinsson of the Information Office of Stockholm Royal Seaport Project proudly informs us.

“The strong point of the new district now under construction – work began in 2010 – is that it comes directly from the municipal government: the city of Stockholm creates the development plan of the area through bidding guidelines placed online to involve architects and developers. Those who are interested must be able to respond to the ambitious requirements that have been set, which we feel can be a stimulus for designers and private contractors to find innovative solutions. In short, a sort of competition to encourage diversity, also in terms of architecture…

At present 51 companies are involved in the project: but 50% of the total residences, to be assigned as rentals, remain under public ownership, along with the streets, parks, infrastructure, etc. We have also decided to operate with what already exists here, converting it.

For example, the old gasification plant found in the area – a building of great architectural quality – will be restored and transformed as a theater. Two old working-class zones from the start of the 1900s will also be renovated. The subway, buses and a new streetcar line will discourage the use of cars, and Royal Seaport will be the first urban district in the world to be powered by ecosustainable systems on a large scale.” In short, a true piece of the city of the future, within reach. Worth copying.