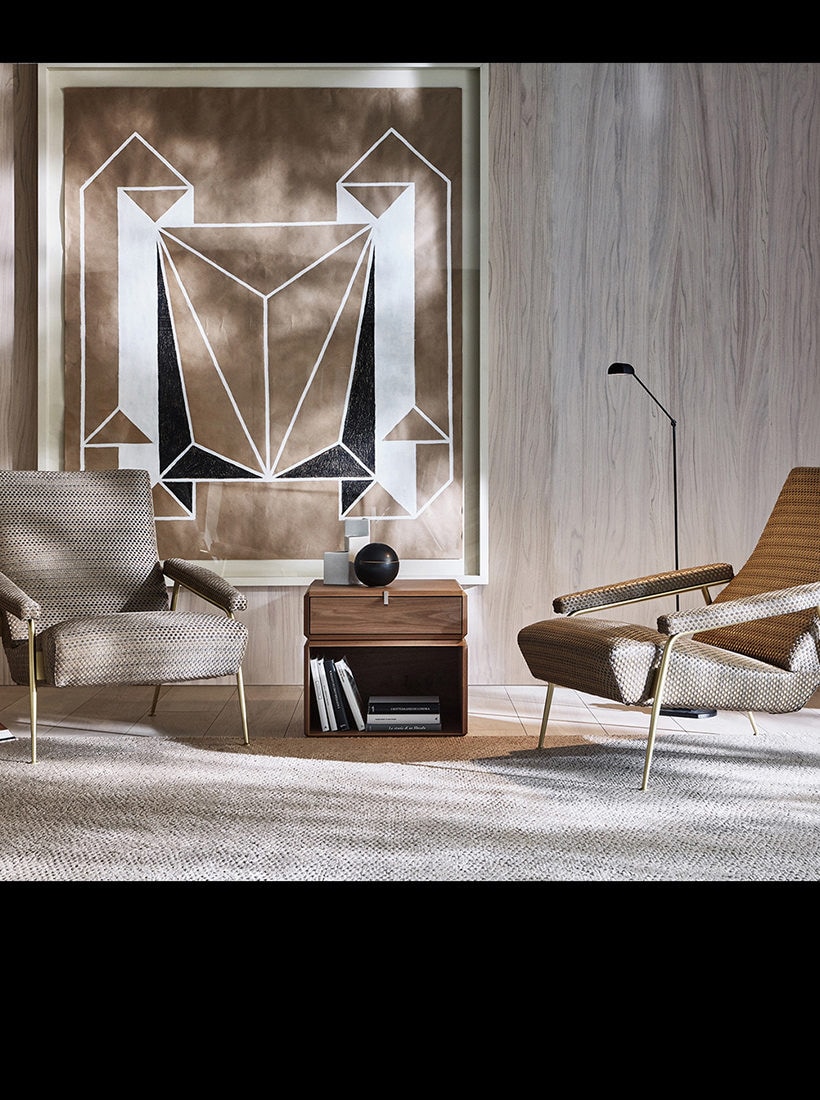 The Solid Part of a Void

The Solid Part of a Void

“As a creative person, I question my point of view endlessly with the hope of finding intriguing new angles”.  This quotation by Ron Gilad literally expresses the idea underlying Teorema. It would be overly simplistic to call it a “chest of drawers”. Teorema is a modular furnishing unit consisting of several single units that come from the mould of the day system Grado°, designed by Ron Gilad for Molteni&C.

We asked Gilad to tell us from which idea it comes from. “Teorema is nothing else than the representation and conceptualization of a void. It is the  skeleton of an object, the “positive” part of a void. It stems from the inner mould of Grado°, which is at the origin of the volume of the solid part. In my way of working and in my concept, I have made reference to the British  artist Rachel Whiteread.

Instead of proposing an open container, I have preferred a furnishing unit where you can hide things, protect them. Teorema is an integral part of the Grado° collection, not only because it stems from it and  it is related with it from a dimensional point of view, but also because it has the same essences of wood and finishes”.

Giulia Molteni, Marketing and Communication Director of Molteni&C Dada, added: “This is an innovative type of container because it is also a furnishing sculpture, that can be placed at the centre of a room, in the living or night areas. You can either use it alone as a free-standing unit or create compositions by stacking several elements based on contemporary living needs”.

Teorema is a complex piece to manufacture. “It does not result from typical carpentry work”, continued  Gilad. “It consists of single flat wood pieces that are scanned using a PC and folded as wooden origami, taking care to give continuity to wood veins. A high level of craftsmanship is required. But at the end it looks as if it were easy to manufacture”.

Teorema has a series of drawers with a structure completely faceted like a diamond and made of a single piece veneered in American walnut or eucalyptus. “As we said, it results from a folding work in which wood sheets are folded without borders and veins run through the whole surface of the object”, explained Molteni.

But how will this piece of furniture evolve in the future?  “Its possible evolution will be that of a more complex piece of furniture, like a wardrobe. I’m working on the possibility of creating a system: more deconstructed elements combined to create pieces of furniture, as if they were Lego bricks”, explained Gilad. Gilad and Molteni&C have been working together for seven years: a mutual exchange of creativity and knowledge.

“We have a tried and tested relationship”, underlined Gilad. “Teorema was made possible by our two-way relationship and the “we can manage” attitude of the company. Many people would have rejected this idea because it was too complex to implement. But Italian companies are not made for “instant products”, they prefer to explore manufacturing skills”.

Giulia Molteni added: “Ron is one of the leading architects of our company. He is between a designer and an artist and he has been able to fully interpret our technical skills. His projects have a poetic and spellbinding quality that evokes some of our fundamental values, like the ability to experience new areas, wit and attention for technology. I think that our relationship with Ron is constantly changing. We believe in long-standing bonds with designers like him, on whom the future strategy of our company is based”

From the inner mould of the day system Grado° comes the volume of Teorema, the new container by Ron Gilad for Molteni&C. The manufacturing process includes a folding technique which makes it possible to fold all the wood sheets without edges.
The drawer unit features a diamond-faceted structure obtained from a single piece veneered in American walnut or eucalyptus. Coming from Grado° mould, each element can be included in this day system (in the photo, with a black chromatic structure) that offers the same wood finishes.
Teorema is a sculptural piece of furniture created to be placed at the centre of the room, in the living or night areas, both in its single version and in multiple solutions that can be freely combined. In the photo it comes with armchairs D.153.1 designed by Gio Ponti in 1953 and now manufactured by Molteni&C. Here they are upholstered with a Rubelli “dotted” fabric, still based on Ponti’s drawing (1934).