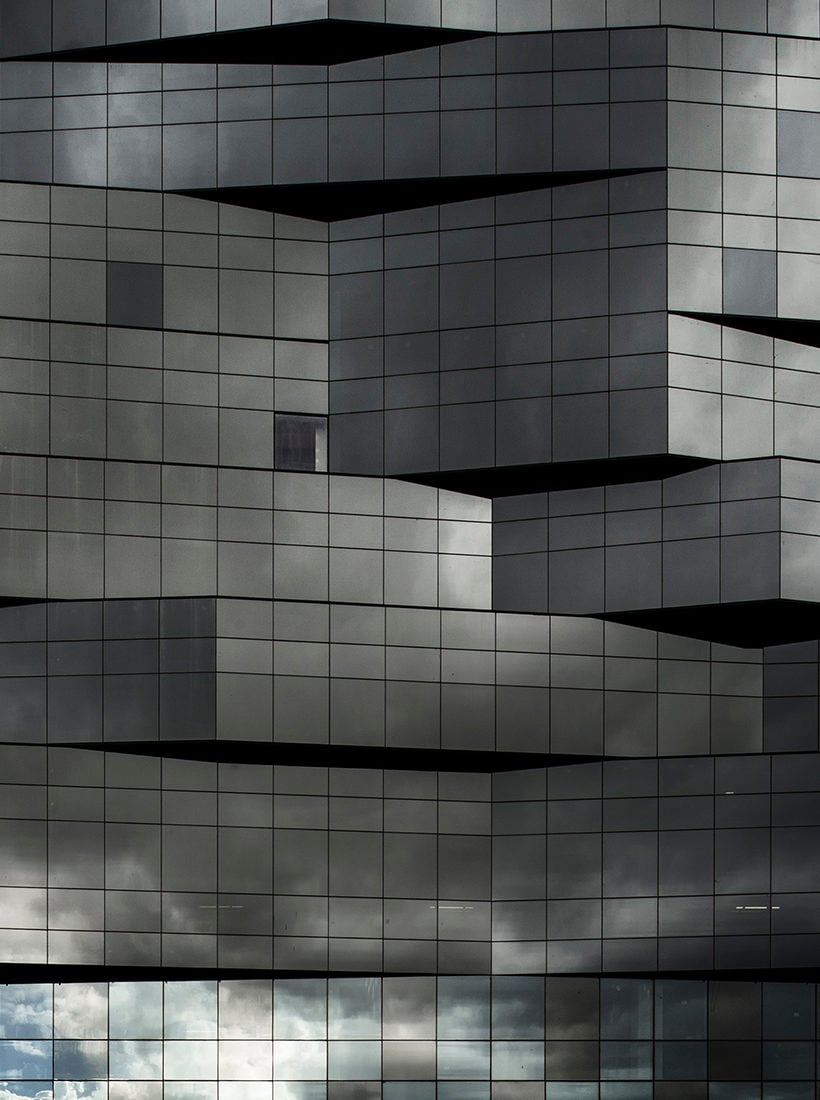 The Urban Dreadnought and Other Stories

#italia
The Urban Dreadnought and Other Stories

The “Right to Material” is a concept of reference in the complex design work of Alfonso Femia and Gianluca Peluffo, who in 1995, 21 years ago, founded their architecture studio 5+1AA in Genoa and consolidated their human and professional partnership.

The works we present on these pages underscore a sense of ongoing experimentation with the ‘skin of architecture’ taken as an essential component of the compositional process. Facades become a figurative feature of architectural volumes, but also a device deployed case by case to activate phenomena of empathy with the surroundings.

An expanse of railroad tracks or a peripheral zone of the city, as in the case of the new Roman headquarters of BNL-BNP Paribas. The interior of a ‘stone vessel’ like that of the historic Docks of Marseille, activated by an exemplary, balanced, creative project. Or a new residential block at Asnières-sur-Seine, Paris, marked by a vibrant image.

Three examples that like the others in the portfolio of the Genoa-based studio reject any preset verities and avoid the pursuit of a ‘style.’ Buildings that opt for a way of listening to the history of places and the observation of contexts instead of self-referential spectacle, applying a “free and contemporary” language that is forceful and at times rather ‘surreal.’ Objects conceived as “tools to achieve knowledge of the real” because “the duty of architecture is not to give up on imagining a better future.”

The urban dreadnought of the BNL-BNP Paribas offices in Rome marks the new boundary of a zone of railroad tracks, incorporating the cylindrical tower of the water tank of Angiolo Mazzoni (the engineer at the helm of the state railway system, who in the 1930s influenced the design of many landscapes of Italian stations), like a sort of architectural vessel with a glass front facing the station, conceived as a fragmented, almost fractal surface.

The construction avoids the traditional coplanar design of the curtain wall and becomes a sculptural surface that reflects the sky, the seasons and the light at the various hours of the day, intentionally attenuating the architectural mass. On the side towards the city the building has a compact ceramic finish (specially designed and produced by Casalgrande Padana) that captures light and conveys it to the internal courtyards at the base of the architectural design.

A building that narrates itself, in substance, like a compositional score, in keeping with the ‘polyphonic’ character of the architectural activity of 5+1AA; an adaptive attitude of listening and analysis that takes the design process as a moment of knowledge summed up in constructed form.

The project at the Docks of Marseille also takes this approach, while exploring other relations; what emerges is the concept of working on the constructed context, taking existing features as a resource with which to come to grips and to activate processes of transformation.

Working on the city with urban and architectural microsurgery is one of the paths taken with conviction on the international contemporary design scene, and 5+1AA are perfectly in tune with it, rejecting the message that arrives as a by-now distant echo of the culture of the Modern Movement, summed up in the formula demolition-design-new construction.

The Docks project activates a process of beneficial intrusion, in a positive balance between the stones of the compact facades of the transformed historical building and the contrapuntal multicolored ceramics of the courtyards, growing like an architectural ivy from the bottom up.

A matrix that seems to grow biologically to cover, in a forceful contrast with the stone below, various parts of the existing walls, transforming the image of three of the four courtyards without concealing the original historical figure, which is now presented for the first time in an explicit way to the city.

Diamond-cut ceramic combined with horizontal strips is used for the artistic frames custom made for certain openings by the master Danilo Trogu, with stone angels on the roof, in the case of the complex facades of the residential blocks in Paris at Asnières-sur-Seine. Facades that reveal the pursuit of controlled, confident materic contamination, in keeping with the ‘principle of specificity.’

For 5+1AA material thus becomes a ‘right,’ a key factor in every project, not just a covering ‘skin.’ A profound choice that leads to the reasoning of the overall solution in the context of research that is open to any type of structure; where rationality and ‘responsibility’ towards the environment and architecture are joined in the practice of listening to material, taken as the element of reference to be transformed into a poetic tool that makes every project a case of confrontation with reality.