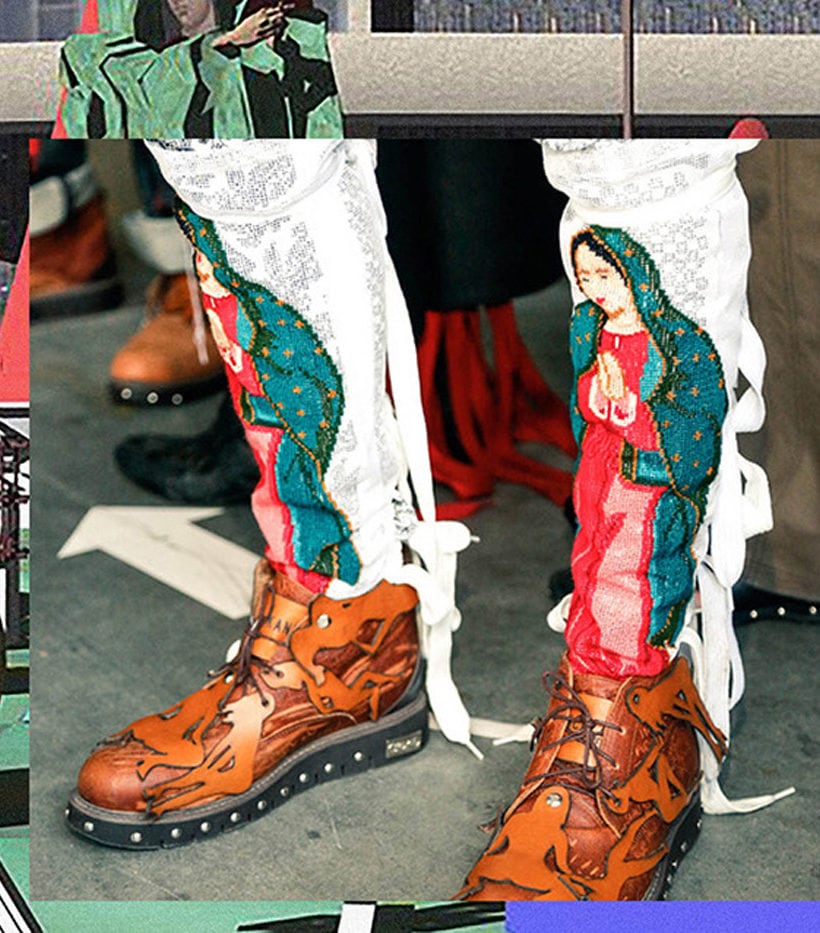 What will remain after this year?

What will remain after this year?

Mario Ballesteros, director of Archivo Diseño y Arquitectura, illustrates his MXCD, México Ciudad Diseño, the three-year workshop that approaches the city as a macro-object of design and research in the combined areas of environment, production and community

We will soon bid farewell to 2018. I has been a year rich in illusions, tensions and important changes for Mexico and for Mexican design. In October we will celebrate the 50th anniversary of the most important design showcase in the modern history of our country: the Olympic Games of 1968 in Mexico City; but also of the massacre of students that cast a dark shadow on that event, stunning the society and definitively changing our politics.

In October we will also be awaiting, after a historic election, another phase of political change triggered by the desire to save a torn country, divided and plagued by violence, inequality and corruption. In that same month, Mexico City will hand over the title of World Design Capital (WDC2018).

Two years ago, on these pages, I provided my wishlist for WDC2018: a summary of everything I thought was pertinent and promising at the moment, with respect to that honor. Now that the celebrations, the speeches, the events and parties have come to an end, we can take stock of what it has meant for Mexico City to be World Design Capital, and of what will become of the city in its wake.

Like an architecture biennial or a soccer tournament, WDC2018 has been a temporary event that on its own would not be able to radically alter the future of design in Mexico City. And in fact the expectations have been greater than the results: much ado about (almost) nothing, we might say. The main contribution of WDC2018 to the local scene has been to generate a peak of media attention on design.

This has had positive repercussions, such as that of attracting the attention of the government authorities and the establishment, which until then had never bothered to notice this cultural and economic practice.

Nevertheless the event also had an impoverishing effect, above all in the community of designers, and by concentrating efforts and discussion on such a small group of professionals, perspectives and interests it has favored a distorted, very limited image of the effective and present state of design in Mexico City (CDMX), with all its contradictions.

Since 2016, starting from speculative research and in a more intuitive than visionary way, with Archivo Diseño y Arquitectura we have worked on the independent, critical exploration of the present, past and future status of design in Mexico City.

This work has led to the series México Ciudad Diseño, or MXCD, of three exhibitions and a book in which the city is viewed as a big design project capable of narrating another history, observed from the standpoint of material culture. MXCD covers a period extending from the start of the 20th century to the present, and then makes a qualitative and reflective leap into the local design of the near future, analyzing strong points and weaknesses, certainties and insecurities, potential and the most urgent challenges.

Playing with the official acronym of the city (CDMX, which the government has decided to register as a trademark), MXCD also reverses the ‘exclusive’ vision that is a characteristic of Mexican design. Rather than congratulating ourselves on the celebrations, we are asking questions we feel are urgent and conducting work we think is useful to construct a better city for all. This three-year experiment has obviously allowed us to discover new talents and promising projects, but also to put problems into focus that local design has pushed to the side for decades.

In short, MXCD can be seen in terms of three lines of action and investigation that in our view form the agenda of a more specific and pertinent project for Mexico City, tracing the limits – which are quite extensive, to be honest – of the present state of the discipline in the capital city.

The first line has to do with the environment. In a metropolis that feeds on extremes like CDMX, it is impossible, and irresponsible, to fail to take the environmental conditions into account (a city of lacustrine origin built in a zone of seismic activity), the local material, demographic and economic conditions as a starting point for the creation of a suitable kind of design. Some of the most interesting design projects in the city hover between informality and innovation. This happens on all levels: from the small everyday interventions of Carla Valdivia, Alberto Odériz or Fabien Cappello, to the ‘sub-spaces’ inspired by habitual disorder of APRDELESP, all the way to the complex systems analysis of ORU – Oficina de Resiliencia Urbana.

The second line of action has to do with production. Some of the most significant changes in the design of CDMX involve new tools and forms of work: delocalization of production structures, acquisition of new technologies – that delightful confusion of high-tech and low-tech – and the spread of ‘tacit know-how’ and the culture of makers.

These are initiatives that get beyond the clichés and complicate the rhetoric of innovation, emphasizing adaptation and reuse, copying and bootlegs as basis parts of an everyday open-source culture. It is a discourse that develops in the subway cars where Abel Carranza distributes his electronic audiomóviles, but also in the post-digital architecture of Andrés Souto, the ruminations on the blockchain of Pablo Somonote, or the digital contamination of the collective ASCO media.

The third focus of the study concerns community. In CDMX, a city packed with consumerist and individualist prejudices, it does not make much sense to defend the concept of ‘user-centered’ design. Design for people, in Mexico, is closer to the new forms of collective management and organization, and stands out for a gradual abandonment of traditional roles: a design capable of minimizing the subdivisions into categories and identities – from gender to the ‘Mexican’ stereotype – and of delving into urgent and discomfiting themes like racism, machoism, violence, political and sexual freedom, etc. Here design mixes with fashion, partying, activism and the construction of images, in proposals like those of NAAFI, Sánchez-Kane and Guerxs.

All this is just a small sample of what we hope to put into practice with México Ciudad Diseño. A gaze aimed at the local design scene: tumultuous and precarious, but overflowing with promise and the winds of change. Just like Mexico City.

Image of the México Ciudad Diseño (MXCD) project coordinated by Archivo Diseño y Arquitectura, in which the city is seen as a large design project. In the background, the contribution of Andrés Souto; in the foreground, that of Bárbara-Sanchez Kane.
Also from the MXCD project, photograph (back) by PJ Rountree and design project (foreground image) by Carla Valdivia.
A project by Bárbara-Sanchez Kane.
Totomoxtle by Fernando Laposse.
APRDELESP - Los empalmes (2015). A station inserted in the tianguis (market) on Calle James Sullivan (Jardín del Arte).
Photograph by PJ Rountree (back) and design project by Fabien Capello (foreground).
The designer Abel Carranza interpreted by the mexican photographer Melba Arellano and, in the foreground, a work by NAAFI.
In the background, a projectual interpretation by Alberto Odériz, and by The Oficina de Resiliencia Urbana in the foreground.