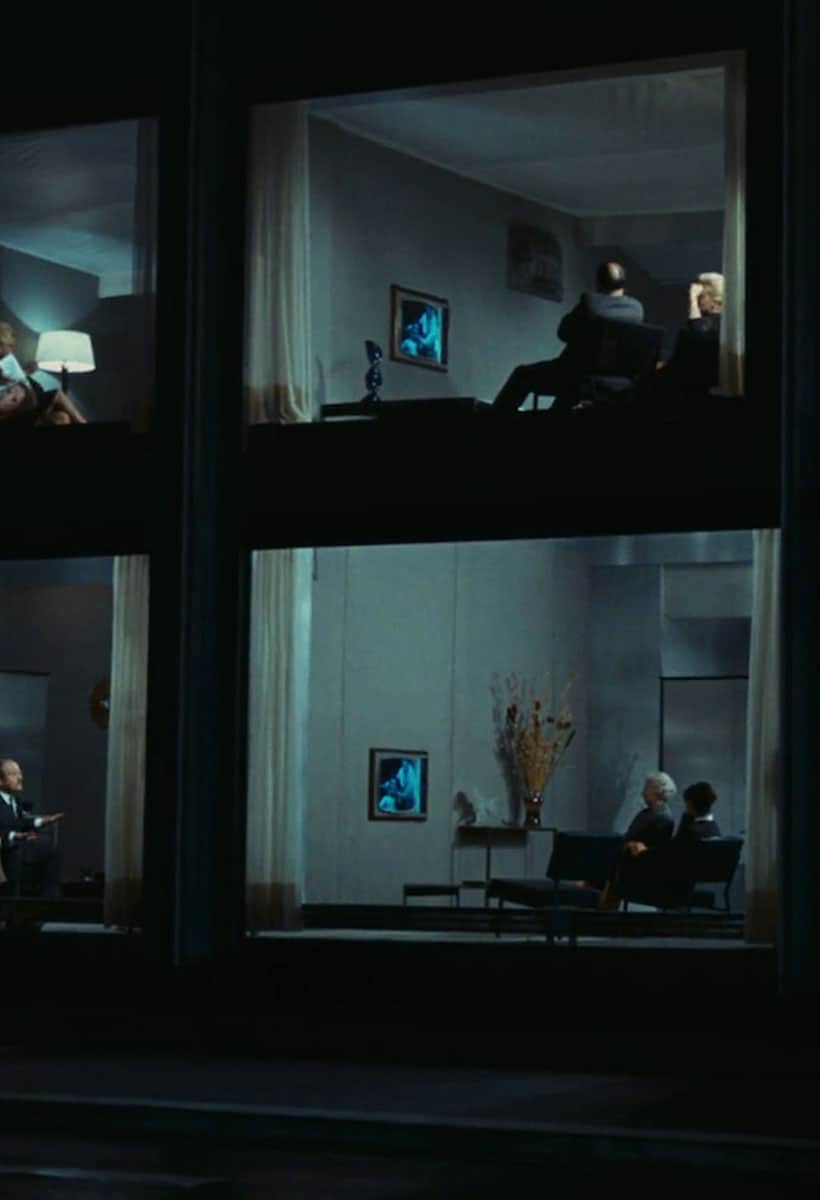 High-tech homes were invented by movies

Our first memory of the future? Those who grew up in the 1980s cannot help but smile when they see the inventive settings of the episodes of The Jetsons, the animated sitcom by Hanna & Barbera set in the space age. The smile vanishes when we think about Black Mirror, the dystopian sci-fi series that flirts with the dark side of our possible futures. 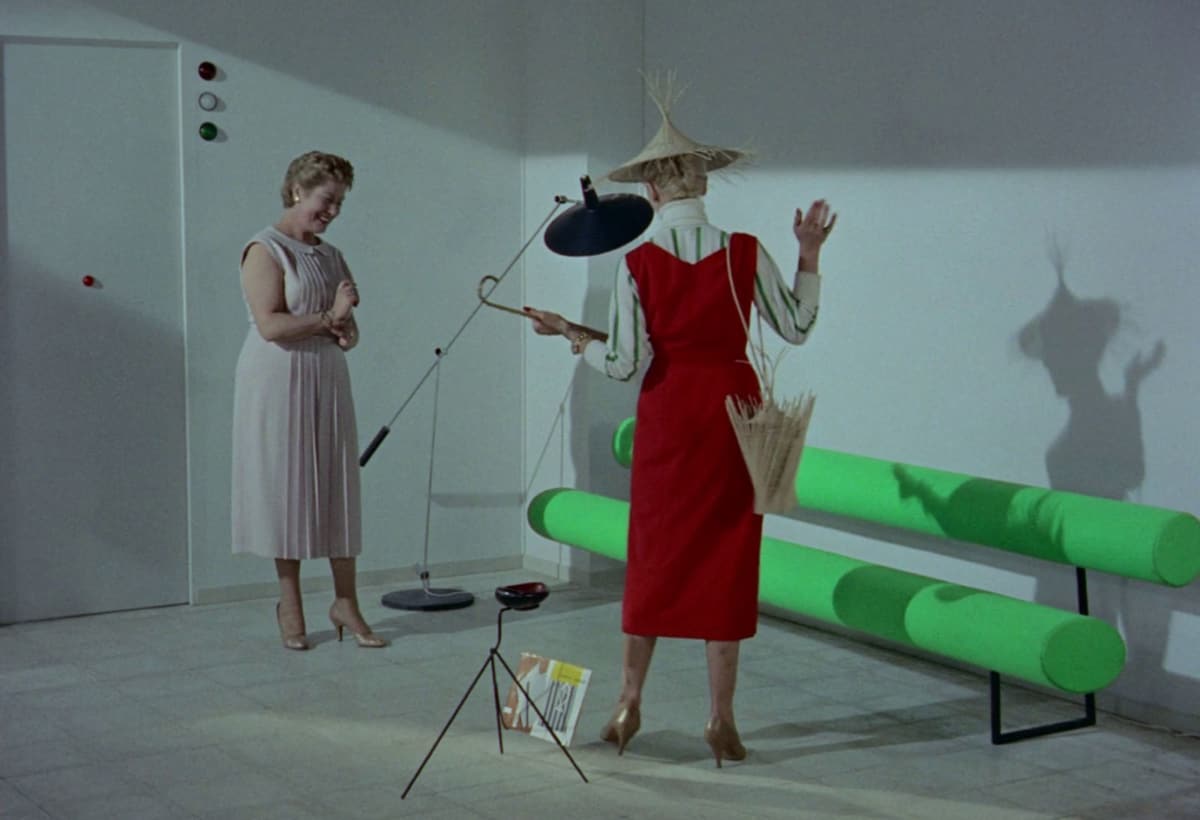 The world of small and big screens is the main creator of the high-tech imaginary. It began early on, back in the 1950s, when Jacques Tati made technology (and its dreadful side effects) the focus of some of his most important works. Mon Oncle (1958) is totally based on the contrast between the noisy Parisian suburb full of humanity of Saint-Maur-des-Fossés, the home of Monsieur Hulot (played by Tati himself), and the aseptic Villa Arpel where his sister lives with her husband and child. A striking modernist specimen, Villa Arpel was created by Tati’s set designer, Jacques Lagrange, and entirely built inside the Victorine studios in Nice. An open layout, fully climate controlled (as Mrs. Arpel explains during the guided tours forced on all visitors), the villa is furnished with objects that were in production at the time (the Scoubidou seats in steel and woven plastic, the appliques by Serge Mouille, a vase by Pol Chambost), joined by others created for the film by Tati and Lagrange. The technological core of the house is the kitchen, outfitted with improbable gadgets for cooking steaks and sterilizing eggs. When asked if he was against modern architecture, Tati replied: “Not at all… if anything, I am against the use the couple makes of the house. A house to show off to visitors, but not to live in.” 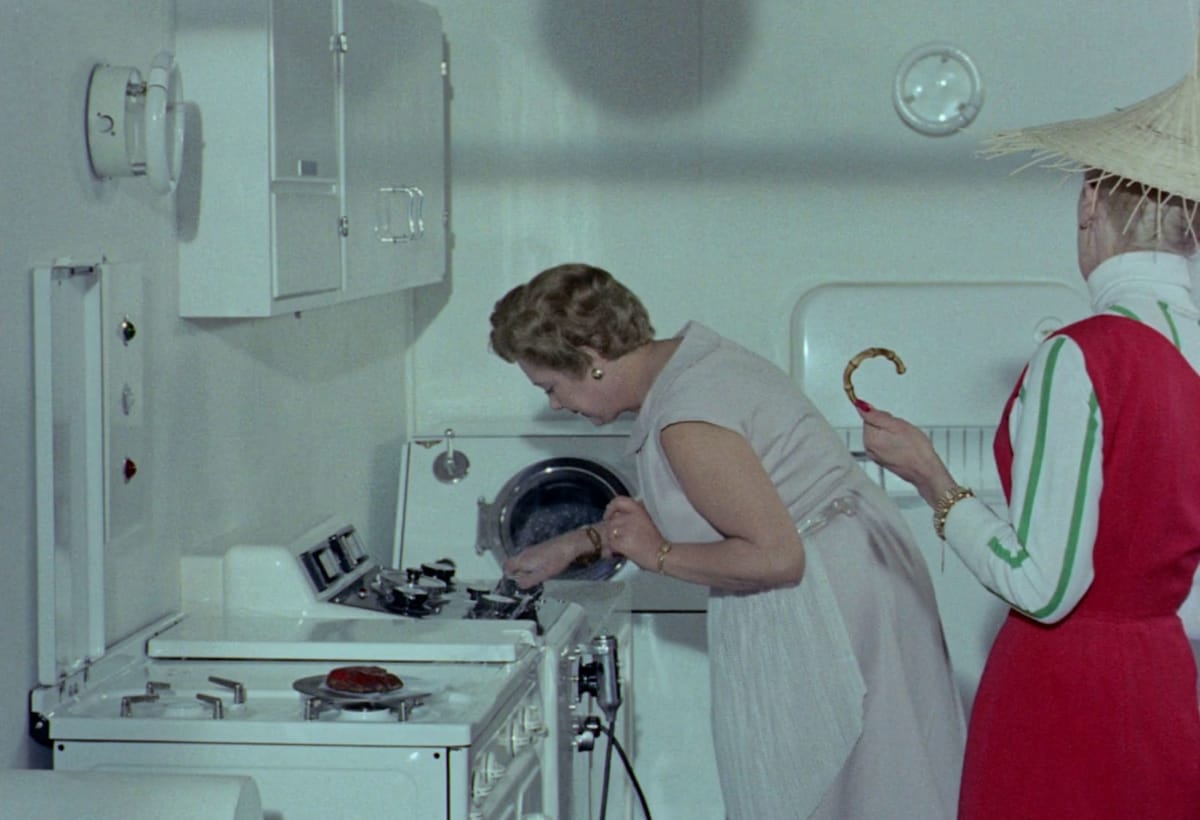 This idea of the showcase returns, in extreme form, in the Tati’s masterpiece from 1967, Play Time, in which amidst infinite inventions we can recall the image of an apartment building with completely transparent facades on the street: housing units at the total mercy of prying eyes. 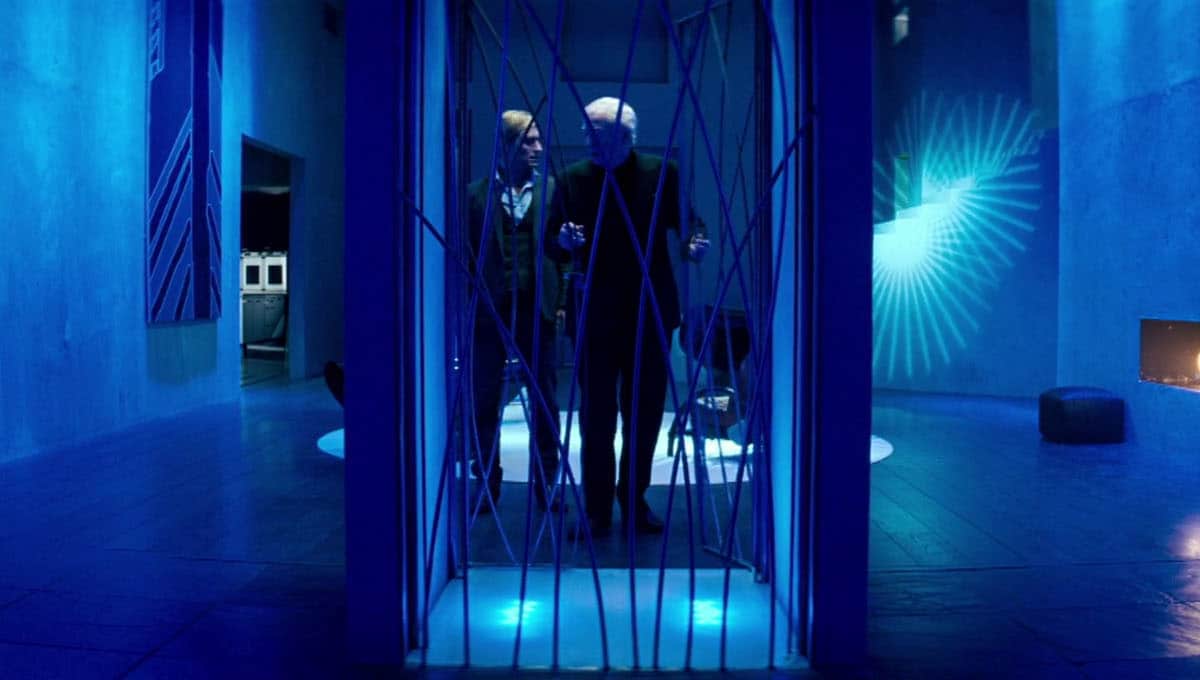 The passion for invention of the future then proceeded rapidly, incorporating trends and rethinking styles of architecture and living. Just consider the brutalist dwelling, entirely in concrete and exposed brick, that forms the setting of Sleuth in 2007, by Kenneth Branagh, a weak remake of the original from 1972 by Joseph L. Mankiewicz. Far from memorable, the film is interesting precisely for the way it uses this location: a home-gallery (containing a metal cable sculpture by Anthony Gormley, paintings by Gary Hume and custom furnishings by Ron Arad). Chilly, with bluish light, the walls slide to reveal wardrobes, while hidden aquariums conceal strongboxes. In Branagh’s clutches the place becomes the third character of the story, along with Michael Caine and Jude Law. 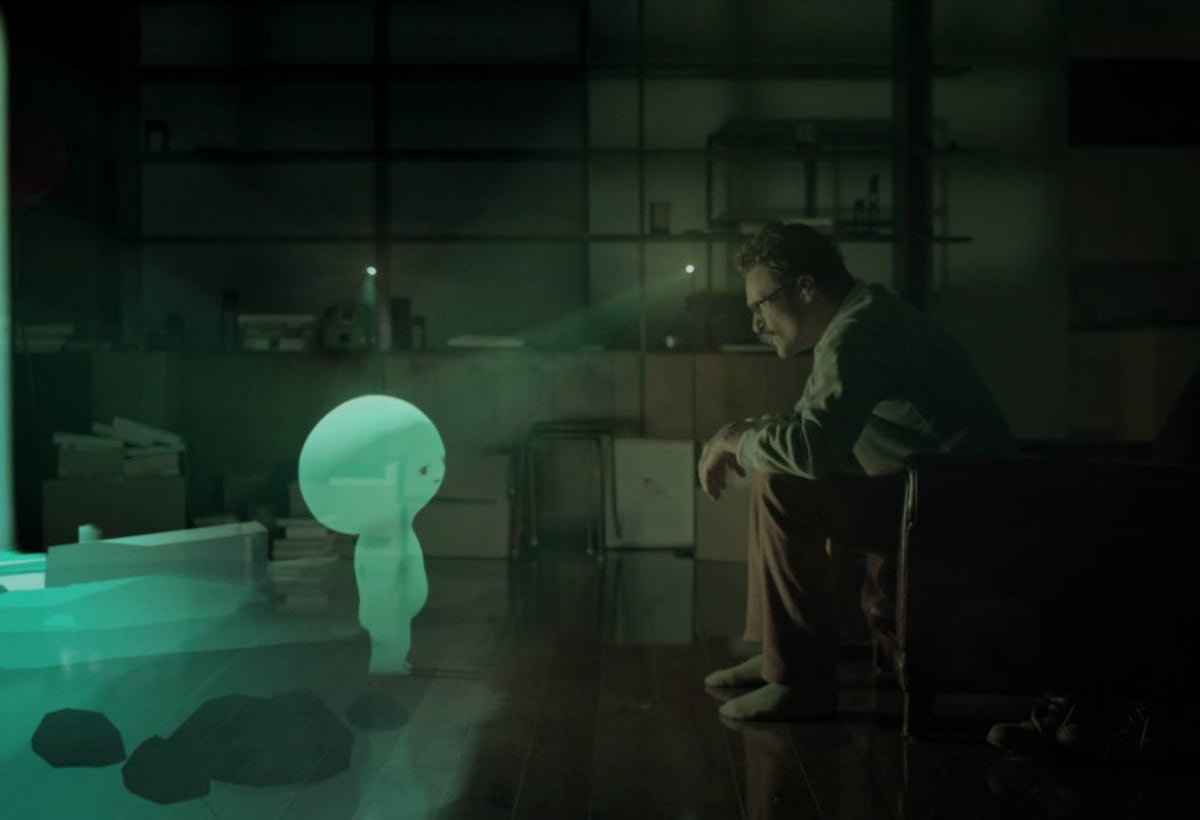 “Embedded” technology – the kind that is there but cannot be seen – becomes the protagonist on the even of the explosion of IoT. It is curious that a film that starts with a science fiction premise like Her (2013) by Spike Jonze grants nothing to décor inventions. The apartment of Theodore (Joaquin Phoenix), who falls in love with an operating system, is breathtaking for its amazing view of the skyline of Los Angeles. But the objects are perfectly 'recognizable,’ with the exception of a video game created with an interactive hologram, for solace in solitude. This is the new frontier, namely that the homes of the future will resemble those of today, while being smarter (and nosier, to the joy of data collectors). 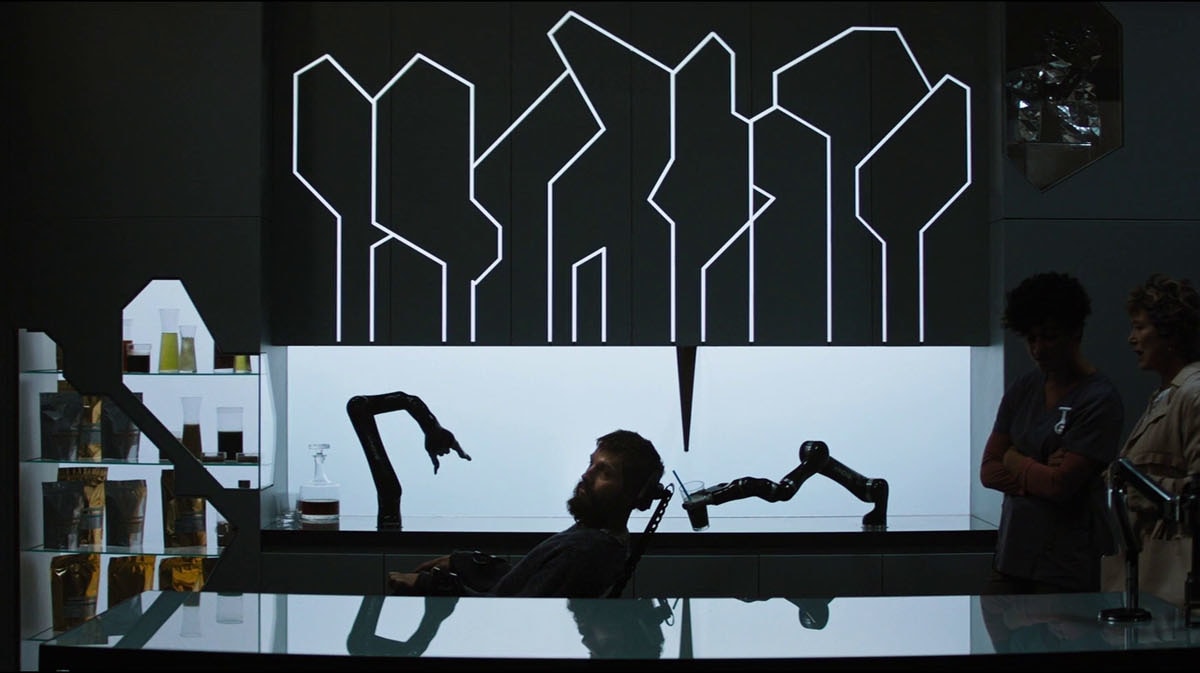 This is true of the dwelling of Grey Trace, protagonist of the cyber-thriller Upgrade (2018). Paralyzed from the neck down, he lives in a home that literally cares for him. With induction plates in the floor to recharge his wheelchair, Trace’s house communicates with him, fixing food and performing other tasks, and it is programmed to decide what is right and what is wrong, in spite of the owner’s desires. So when Grey decides to make an end of it, pretending not to receive the morphine doses injected by a mechanical arm, the voice of the flat informs him that it cannot administer more, and that it will gladly contact the hospital should the pain become too unbearable. Practical or disturbing? 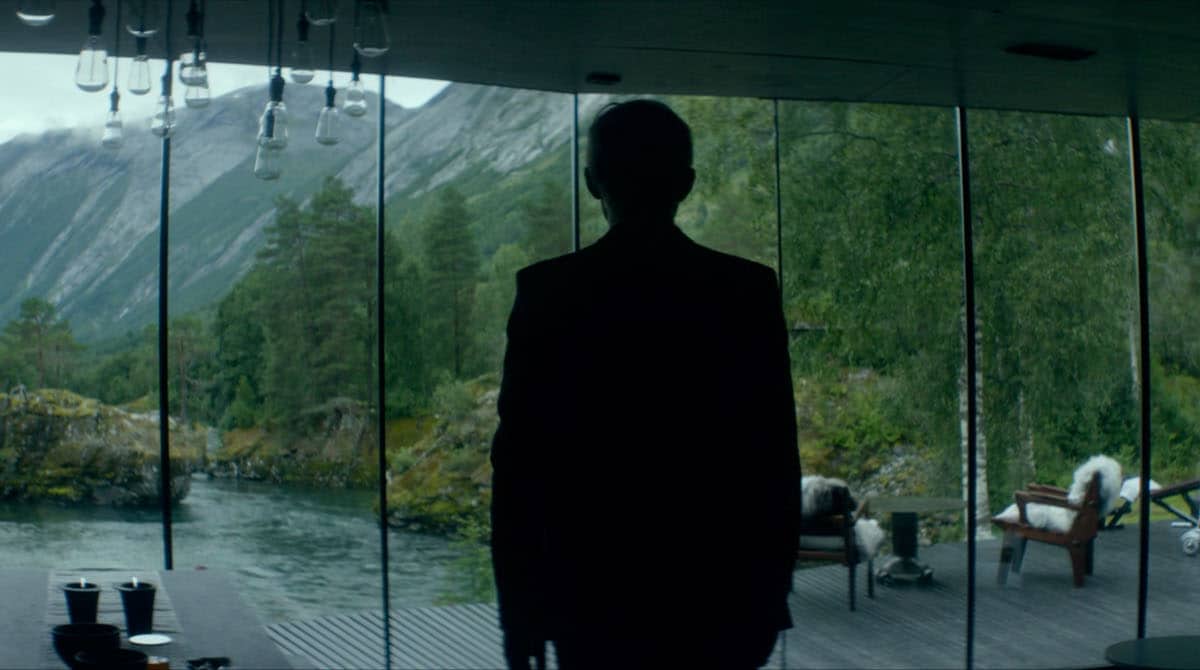 Perhaps the most memorable representation of a high-tech home in recent years is that of Ex Machina (Alex Garland, 2014), inside which the scientist Nathan Bateman has designed Ava: a humanoid machine with artificial intelligence, whose presumed self-knowledge will have to be tested by a young programmer. The set is a splendid specimen of organic architecture in the forest of an unidentified location (actually a hotel in Norway, the Juvet Landscape Hotel), in close relation to the dazzling natural setting, seen through full-height windows, with a rocky spur directly incorporated in the living area. A home-laboratory overseen by hundreds of video cameras, with “enough fiber optical cable to reach the moon and lasso it”; a dwelling that is a marvel but also a prison for Ava, a sentient being 'produced' by one who plays God, and analyzed like a guinea pig by one who has to establish whether its feelings are real or the result of cold programming. Liberating and moving, Ava’s escape concludes in the place she always dreamt of reaching: a pedestrian crossing on the busiest street of an anonymous city. Because “a traffic intersection would provide a concentrated but shifting view of human life.” 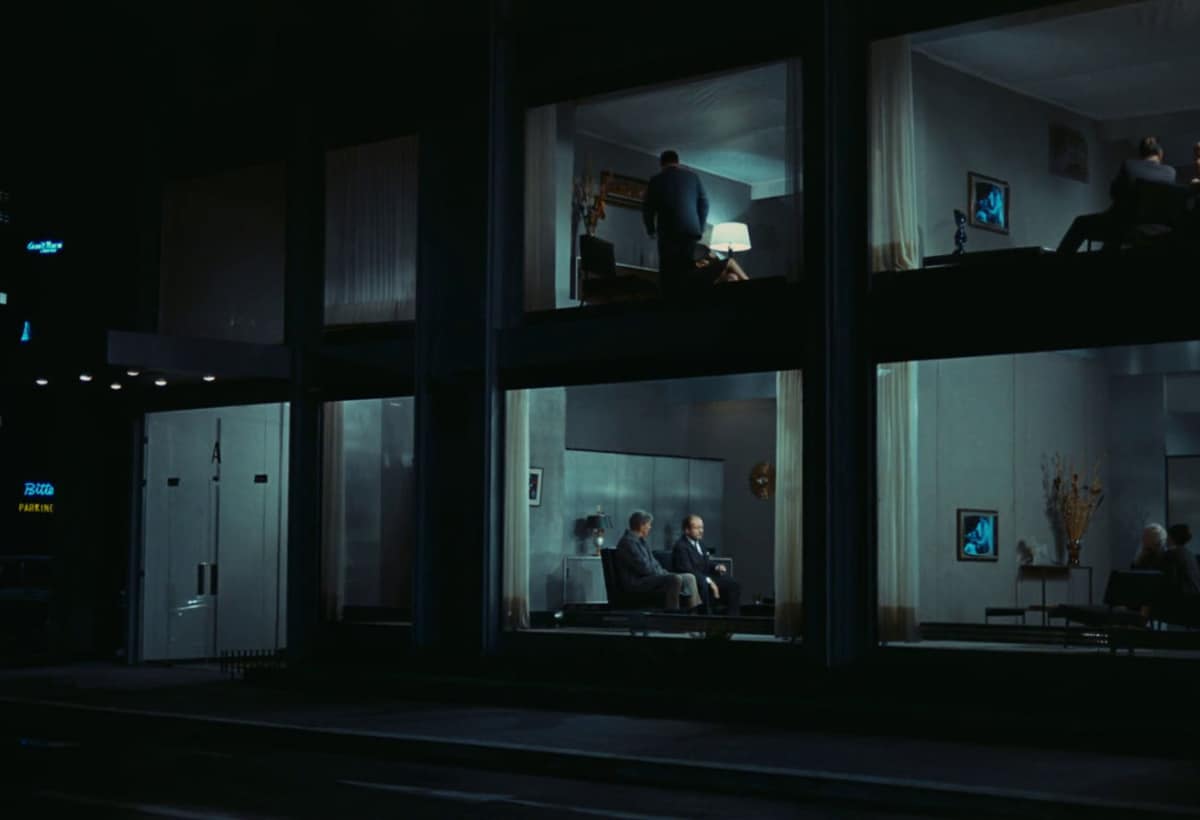