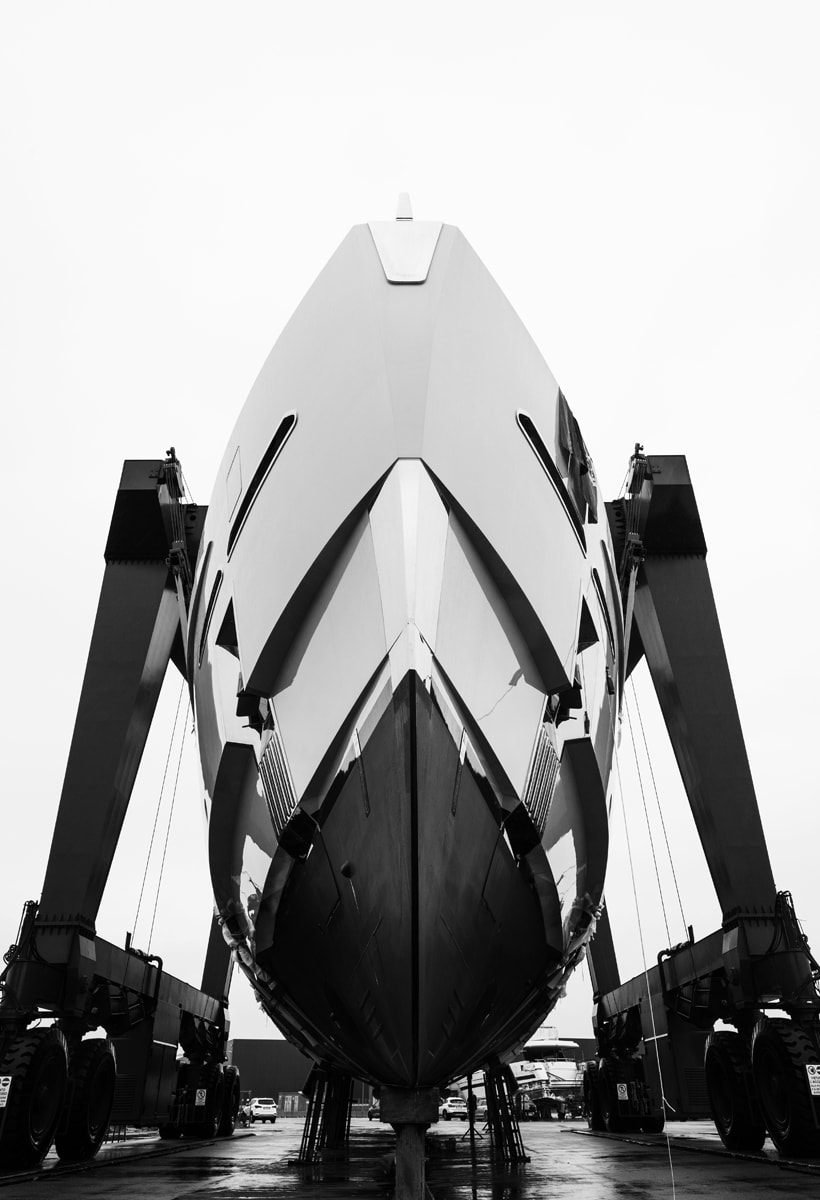 M/Y LEL, a new motoryacht designed by Luca Dini Design & Architecture, grew out of careful research into supercar design combined with accommodation derived from residential architecture and ideas from the sailing sector. A mix of ideas to create a unique craft

Architecture meets design and pleasure boating is combined with residential interiors. It all happened in the international studio Luca Dini Design & Architecture, in the artistic heart of Florence, where wonderful Superyachts are created together with the master plans of new cities, commercial spaces, yacht clubs, golf clubs, resorts and luxury private residences.

Under the guidance of Luca Dini, a team of architects, yacht designers, interior designers, naval and civil engineers created a synergy to give rise to ideas that, starting from the concept of innovation, functionality and aesthetics, became unique. Just as in yacht design, a field in which the Florentine architect has distinguished himself since 1996 by working with the most important international shipyards, today his projects are in demand by Heesen, Amels, Benetti, Rossinavi, Codecasa, Tankoa, Mondomarine, Columbus and Isa. With them he fashions bespoke projects for enlightened owners, also creating one-off watercraft such as the Admiral Sea Force One (a concentrate of home automation, technology and art) and the Mondomarine Tribù, yachts that still represent, decades later, the cutting edge of world yacht design.

The brand new LEL, a 50-meter motoryacht built by Rossinavi, was delivered to the owner last June. In it Luca Dini Design & Architecture were responsible for styling the external lines, layout and interior design. The project grew out of the fusion between the different worlds of architecture and design for an owner who wanted a boat with the sporting lines typical of Italian design but also great on-board convenience with comfortable and refined volumes comparable to those of a house. “Here we were inspired by high-performance SUVs,” says Luca Dini, “like those recently presented by supercar manufacturers, crossover vehicles combining space and comfort even on long cruises. This means the shapes are fluid, dynamic, with a silhouette articulated by horizontal lines on the decks of the craft to accentuate its momentum.”

The interior design, in contemporary style, is dominated by light oak combined with tone-on-tone leather to create warm and welcoming atmospheres. “Extensive research was done to create airy settings with in&out functionality, as in the dining area on the upper deck, which can become an additional internal space thanks to a veranda made of sliding glass panels arranged on three sides,” notes the architect. Not only car and residential design but also transmigration of elements typical of the world of sailboats. The extreme portion of the cockpit on the main deck is fully open, just like on modern sailboats, while the bow cockpit becomes a large terrace on two levels that makes it possible to enjoy sea views and panoramas from different perspectives.